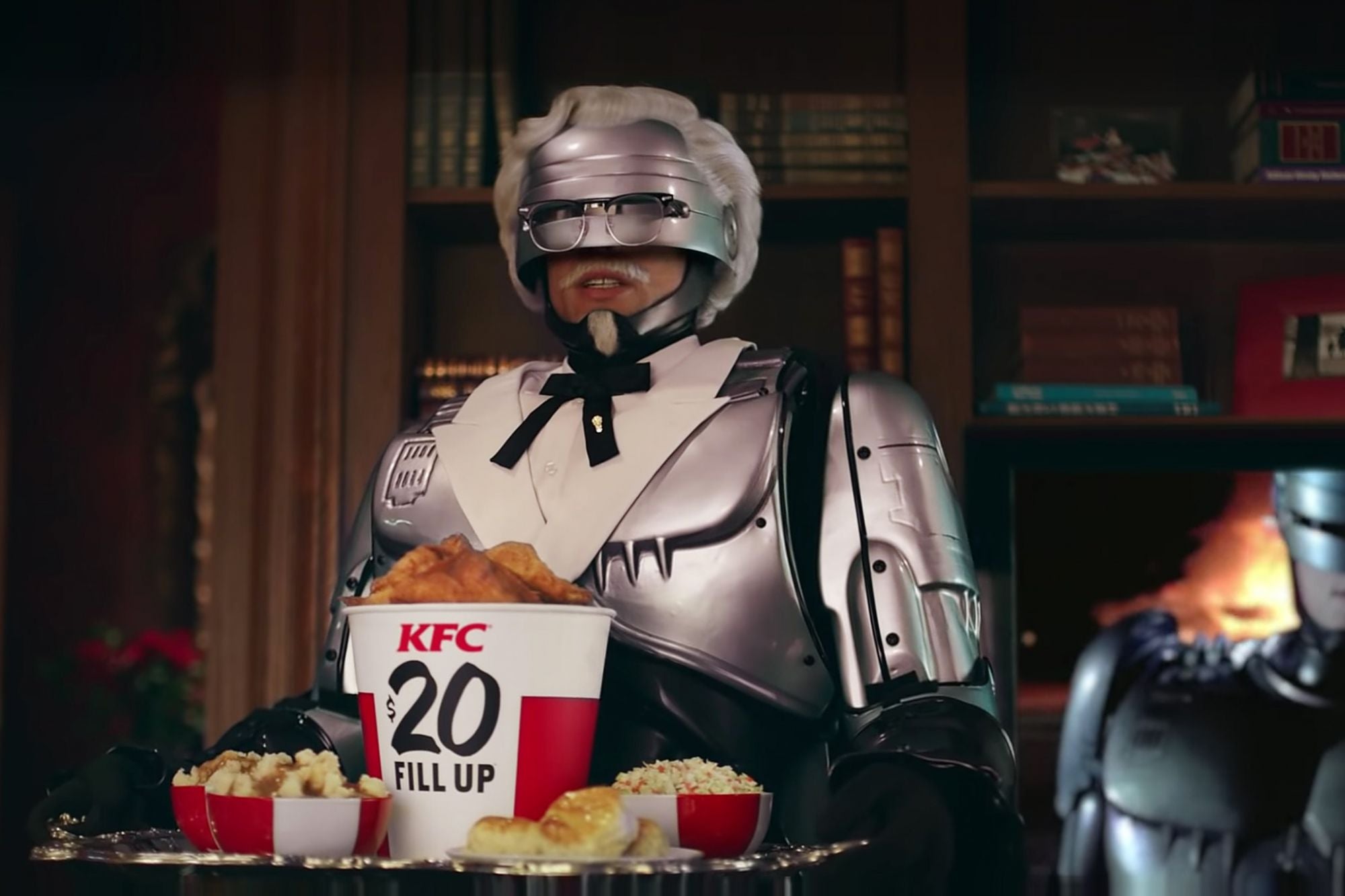 KFC — back at it again with the eccentric Colonel Sanders incarnations.

In the past, the fried chicken chain’s founder and mascot has been portrayed by comedian Jim Gaffigan, WWE star Dolph Ziggler, actor Vincent Kartheiser and a whole host of others. But in Kentucky Fried Chicken’s newest ad campaign, Colonel Sanders is brought to life by none other than RoboCop — yes, the droid police officer portrayed in the dystopian 1987 film of the same name. The character in the ad is voiced by Peter Weller, the original RoboCop actor.

The newly-minted “RoboColonel” appears in a few different ad spots. In one video, KFC hires RoboCop to protect the chain’s famed secret blend of 11 herbs and spices by safely transporting it to an underground bunker in Switzerland. Other ad spots include RoboCop demanding a family to comply and try KFC’s $20 Fill Ups meals; answering a question about the secret recipe with, “If I told you, then I’d have to kill you”; and scanning the streets for fried chicken and hungry consumers.

Two weeks of leave for UK parents who lose a child