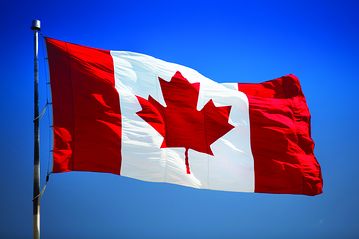 The events calendar this week is highlighted by a leaders’ debate on Monday and economic output numbers for July on Wednesday.

Canadian voters on Monday will have a fourth chance to watch the country’s main political party leaders debate, this time focused on foreign affairs. The Toronto debate, organized by Munk Debates group, comes just four days after a fiery French-language debate that sparked a particularly heated exchange over minority rights. Prime Minister Stephen Harper, whose time in power has been marked by a robust foreign policy, is expected to take charge in this debate and portray his rivals, the Liberals and New Democrats, as risks to national security. There is another French-language debate scheduled for Friday.

The most important data of the week is due on Wednesday, when Statistics Canada releases economic output data for July. Many economists are anticipating modest growth in Canada’s gross domestic product for the month, with current forecasts in the range of 0.1% to 0.3%, following growth of 0.5% in June. A positive figure for July would reinforce the view that Canada’s economy is improving after two consecutive quarters of contraction during the first half of the year. Higher volumes in manufacturing and retail, along with the lift provided by the PanAm games in Toronto, should help contribute to an uptick in July GDP, according to National Bank Financial.