WASHINGTON — President Trump appeared so desperate for good news on Thursday that he cheered a top White House official’s testimony as “fantastic,” even though it confirmed the key Democratic complaint: That his administration tried to swap military aid to Ukraine in exchange for an investigation of Trump’s political rivals.

But given the week Trump just had, not getting accused of outright criminality by a high-level subordinate went in the “win” column.

High-ranking members of Trump’s own White House rose in open revolt of his blanket ban on cooperating with the impeachment inquiry, marching down to Capitol Hill to express alarm about Trump’s actions, and share yet more damning details about his now infamous call with Ukraine’s president.

Democrats, meanwhile, made the whole thing official (even if they didn’t need to). On Thursday, the House of Representatives approved rules for impeachment proceedings, ushering in the public phase of the inquiry, which they hope will convince more Americans that Trump’s conduct should get him booted from office.

“All of the evidence points to what we understand: The president conducted an operation in which he tried to pressure Ukraine to give him political favors,” said Rep. Jamie Raskin, a Democrat helping to run the impeachment inquiry. “And he used the powers of the presidency to do that.”

Here’s what you need to know about Trump’s week in impeachment.

The decorated Iraq War vet bore witness to a litany of untoward acts, telling Congress that key words were left out of the official rough transcript of the now-infamous July 25 call between Trump and Ukrainian President Volodymyr Zelensky.

That document omitted explicit references Trump made to Biden, and that Zelensky made to the Ukrainian company which employed Biden’s son, Hunter, Vindman testified, according to a person with knowledge of his comments.

Vindman attempted to correct that document, but he didn’t succeed for reasons that remain foggy.

He also expressed alarm at EU Ambassador Gordon Sondland’s pitch to top Ukrainian officials to launch investigations of the Bidens during two back-to-back meetings in the White House on July 10.

These details matter: Vindman contradicted Sondland’s sworn testimony, in which the ambassador said no one ever raised any concerns about Ukraine with him. But realtime protests from Vindman and Hill suggest Sondland had good reason to know his own actions were questionable at best — and that he proceeded anyway.

Vindman also testified he was convinced Trump personally blocked military aid to Ukraine in order to force the country to announce an investigation into the Biden family, a person familiar with Vindman’s closed-door testimony told VICE News.

Trump’s defenders quickly tried to undermine Vindman’s account, by questioning his loyalty. But they’re quickly confronted with a problem, even apart from his sterling military resume: He left a record inside the White House. Vindman testified that he spoke with the top National Security Council lawyer not once, but twice, first about Sondland, and then about Trump’s phone call.

That lawyer, John Eisenberg, allegedly told Vindman not to discuss the infamous phone call with anyone. Democrats now want to hear from Eisenberg Monday — but it’s unclear if he’ll show up.

Taylor relied heavily on Morrison’s account of events that took place over the summer, and Morrison pretty much said: Yep, Taylor got it right — mostly.

Relying on Morrison as his source, Taylor had said Sondland told Ukrainian presidential advisor Andrei Yermak in September that U.S. military aide would flow only after Ukrainian President Volodymyr Zelensky announced an investigation into Burisma.

Morrison confirmed that account, but added that he remembered Sondland saying it would have also been okay if Ukraine’s Prosecutor General announced the investigation, rather than President Zelensky.

Morrison provided some relief to Trump’s defenders, however: Because he, too, was on the July 25 phone call, and didn’t immediately think Trump said anything outright criminal.

But that damned Trump with faint praise: Morrison said the call alarmed him enough to send him scurrying to the same NSC lawyer Vindman spoke to, out of concern over how Trump’s call would play out politically if the transcript leaked.

Eisenberg, the lawyer, then swung into action — reportedly moving the call transcript to a super-secure White House server that’s traditionally reserved for classified intelligence documents, according to The Washington Post.

“That was very unusual,” said Larry Pfeiffer, who held senior White House security positions in both the Obama and George W. Bush administrations. Pfeiffer said the closest analog he could recall from his years under Obama were transcripts of highly sensitive talks with Iran about nuclear issues.

All eyes on Bolton

Democrats now have their eyes on what could very well be their most-important witness yet: Trump’s former National Security Advisor, John Bolton.

The famous hawk has been called in for testimony Thursday, Nov. 7 — but hasn’t tipped his hand about whether he’ll show up.

Bolton’s lawyer said he won’t appear without a subpoena, which Democrats will presumably be more than happy to provide.

But Bolton’s former deputy, Charles Kupperman, has so far defied his own subpoena. And the fact that the two men share the same lawyer has raised questions about whether they might both take the same legal strategy, too.

Meanwhile, Democrats say the days of closed-door depositions are drawing to a close. With the passage of the key vote on future impeachment proceedings, they’ll soon start bringing witnesses back in front of cameras, and releasing transcripts of what was said in private.

So when will Trump get impeached by the House, lining up a trial in the Senate?

“I think everybody in our caucus is hopeful that we can complete this process before the end of the year,” Rep Raskin said. “But there are no guarantees.”

Cover: President Donald Trump speaks with reporters as the departs on the South Lawn of the White House, Friday, Nov. 1, 2019, in Washington. (AP Photo/Alex Brandon) 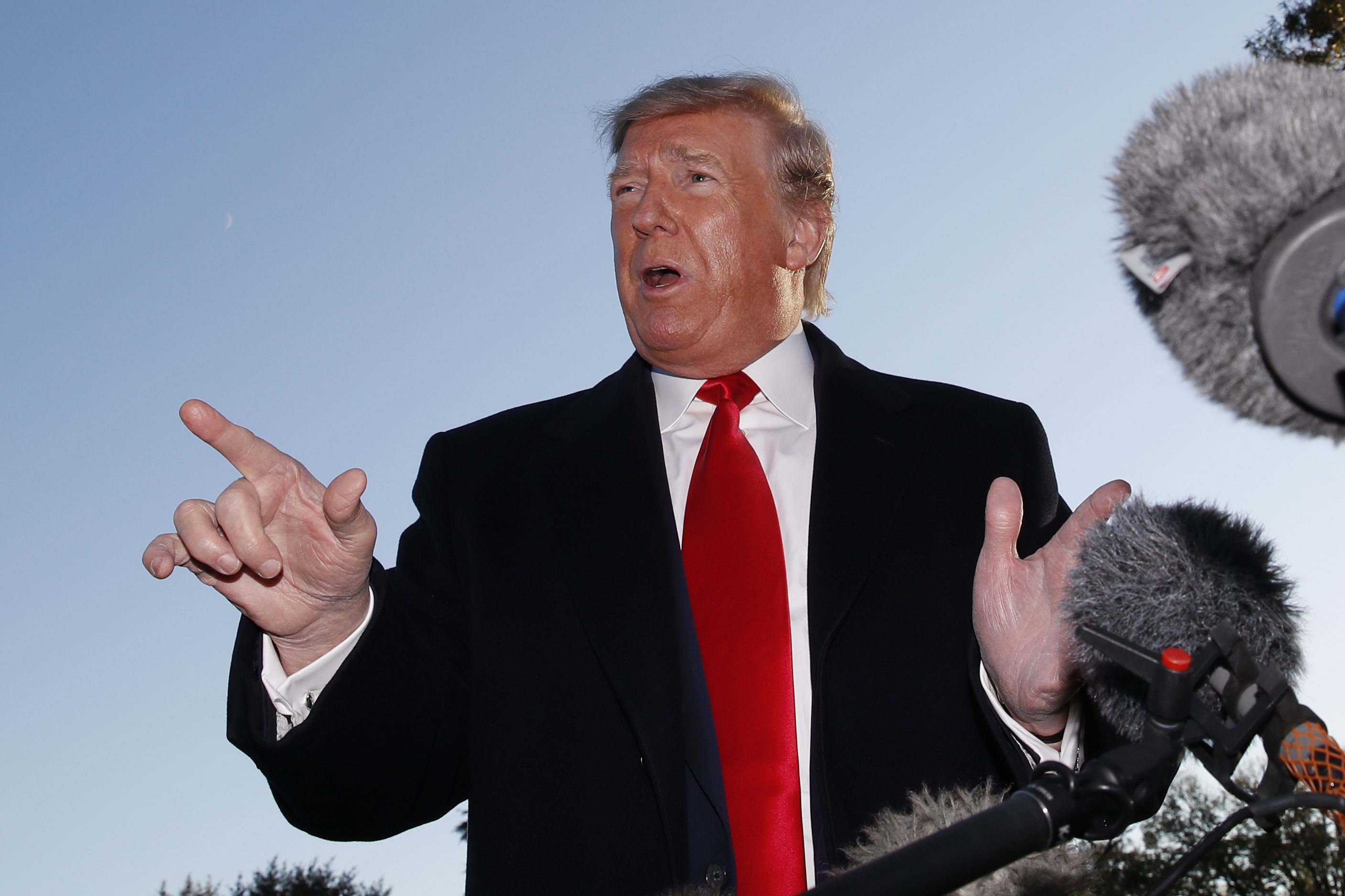 BA may not reopen at Gatwick once pandemic passes