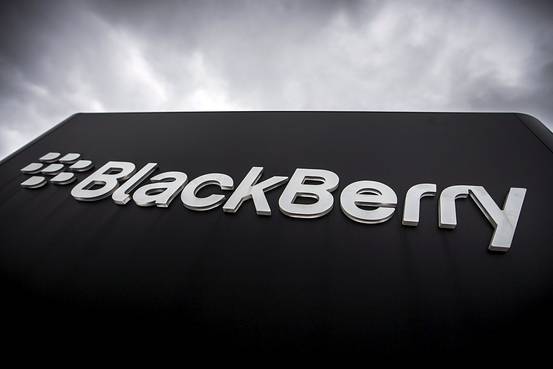 BlackBerry Ltd. is set to report its fiscal second-quarter results before markets open on Friday. The focus will again largely be on software revenue, as the Waterloo, Ontario, smartphone maker continues to rely on device-management software and phones aimed at business customers to help fuel its turnaround efforts. Here are a few things to watch:

EARNINGS FORECAST: Analysts expect the company’s loss to widen significantly to 9 cents a share from a last year’s 2-cent loss, according to a Thomson Reuters poll. BlackBerry posted a profit in the first quarter of this fiscal year, though adjusted to exclude items it recorded a bigger-than-expected loss.

REVENUE FORECAST: Analysts expect revenue to decline 33% year-over-year to $611 million. That would be a similar drop to the prior quarter, when revenue tumbled 32% to $658 million. RBC Capital Markets is less optimistic than analysts overall, guiding for a 49% drop to $467 million.

–SOFTWARE SALES: While first-quarter revenue overall missed expectations, software and technology licensing sales were surprisingly strong at $137 million, up from $74 million the previous quarter. Forecasts for the latest quarter are mixed, with analyst estimates ranging from about $88 million to around $107 million. The main focus will be on the sequential change after BlackBerry moved last quarter to combine both revenue from licensing deals and sales of BES12, its mobile-device-management software that lets companies manage their employees’ smartphones. BlackBerry continues to target $500 million in software and licensing revenue in its current fiscal year.

–HARDWARE: BlackBerry’s share of the smartphone market is just a fraction of what it once was, but it still remains committed to selling devices. Last quarter, the company recognized hardware on 1.1 million devices, down from 1.3 million in the fourth quarter. Canaccord is guiding for 975,000 units in the latest quarter, noting its surveys indicate slower sales of the company’s Classic device and “even softer” sales of Passport and legacy BB10 smartphones. There is talk of BlackBerry introducing an Android device sometime this year, but analysts are skeptical it would give a meaningful boost to overall hardware sales given the extreme competition in the Android market.

–OUTLOOK: Comments on outlook will be closely parsed to gauge Chief Executive John Chen’s progress at getting BlackBerry back on track. The company has guided for “sustainable non-GAAP profitability” sometime in its current fiscal year and has said it expects to be free cash flow positive for the rest of the year.

Bill Gates steps down from Microsoft board to focus on philanthropy