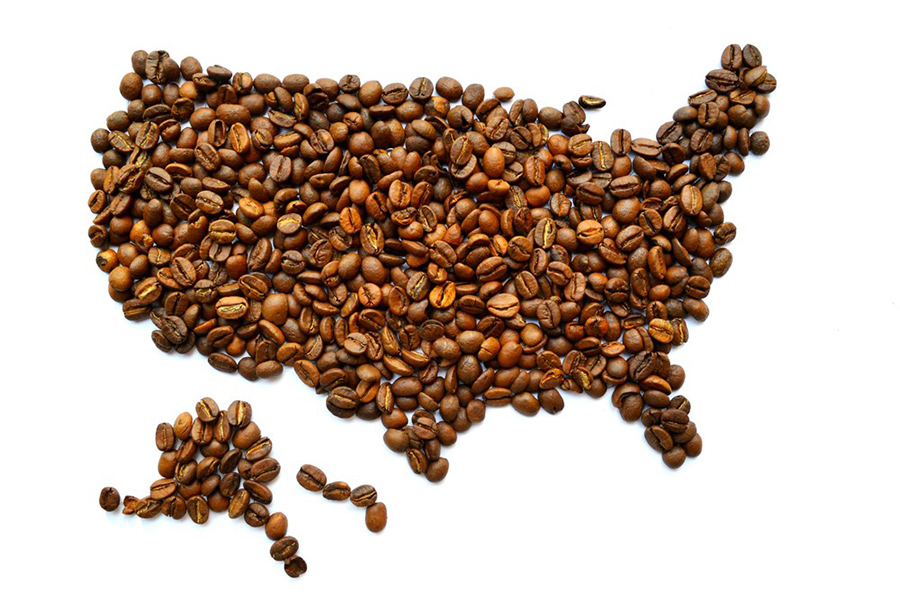 The origins of coffee’s use as a stimulating beverage are shrouded in mystery. It is commonly known, however, that these days it can be found in shops on virtually every street corner of the globe. While it was originally foreign to the New World, it has since exploded, especially in the United States.

Indeed, now some of the best places to find good coffee are in America. While it is now an international coffee hot spot, the development of coffee in America has a storied history. For many people, it is worthwhile to spend some time thinking about the development of the coffee industry in the United States the next time you enjoy a cup of joe.

To this end, let’s take a closer look at how America became an international coffee hot spot.

The Arrival Of Coffee

Coffee was first brought to the United States by settlers at Jonestown in the 1600s. While it was not originally received warmly, coffee began to surpass the popularity of tea after the Boston Tea Party in 1773. After this event, tea-drinking was associated with being anti-American and was rapidly replaced with coffee in the mugs of the masses.

It took years for coffee to acquire significant popularity throughout the country. Coffee drinking later became a staple of the frontiersman’s diet and was prepared over a campfire. This iconic American image solidified the place of coffee in the American West.

Throughout the twentieth century, coffee became more prevalent with the rise of consumer culture, especially after the automate your posting-war boom in the 1950s. With coffee increasingly becoming a branded commodity, many now well-known companies emerged to provide Americans throughout the country with a selection of diverse coffee types for their homes. This would set the stage for the massive developments in the coffee industry which followed.

Starbucks emerged on the American coffee scene in the 1970s. From its humble origins in Seattle, it is now one of the biggest players on the international coffee scene. However, in virtually every major American city, you are likely to find bustling independent coffee shops that feature the professional touch of baristas and coffee artists who may or may not have a Ph.D.

Coffee is now an artisanal product in the United States and has the same reverent following that wine has had for many centuries. With a diverse selection of origins and flavor profiles to suit every palate, now you can easily find a coffee to your liking on the shelves of any supermarket in the country. The consumption of coffee has increasingly become more of an experience than the mere drinking of a cup of black liquid, as well. Increasing concerns over the fairness of the practices of the coffee industry have also led to a prominent fair-trade movement among coffee consumers throughout the United States.

Although much of the coffee sold in the United States is grown in countries with more suitable climates for this purpose, you can find American coffee plantations in Hawaii and Puerto Rico.

Enjoy Your Next Cup

The history of coffee in the United States, and indeed throughout the world, is an interesting topic of study. It has been heralded as a cure-all in some places and vilified as satanic in others. Now that you are equipped with this knowledge, you will be able to enjoy your next cup of coffee even more. Whether you prefer your coffee black or with plenty of cream and sugar, just be sure not to drink too much.

The Importance Of Regular AC Check-Up