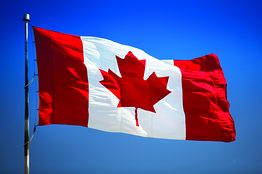 On the economic front this week, a speech from the governor of the Bank of Canada as well as retail sales and wholesale trade numbers for July take center stage. In earnings, BlackBerry is on tap to report second-quarter results on Friday.

Central-bank chief Stephen Poloz is in the heart of Canada’s oil patch Monday to speak to a Calgary economic development group. The title of his speech is “Riding the Commodity Cycle: Resources and the Canadian Economy.”

Retail sales on Wednesday will be the main data point this week. After a mixed result in June when retail sales rose a better-than-expected 0.6% but volumes were flat, analysts are guiding for a more positive read for August. CIBC expects a 0.8% gain in retail sales, while Capital Economics puts it at 0.5%. Both peg the improvement on solid automate submission distribution sales, though even stripping those out, CIBC says numbers should still be encouraging.

Wholesale trade data will kick off the week on Monday, and analysts are expecting another positive monthly result. CIBC is guiding for a 0.5% gain, after a stronger-than-expected 1.3% gain posted in June.