Hundreds of thousands of migrants — including families with very young children — were released into cities across the Southwest with little to no resources after the Trump administration ended a longstanding policy last fall, according to a new report from UC San Diego.

Previously, under the Safe Release policy, the Department of Homeland Security had coordinated migrants’ release from immigration custody and helped them arrange travel plans to get to their sponsors. But when the administration ended the policy in October 2018, citing an increase in families asking for asylum at the U.S.-Mexico border, Customs and Border Protection then started releasing thousands of people into cities near the border each week.

More than 250,000 asylum-seekers and other migrants were released between December 2018 and June 2019, forcing local communities to make a difficult decision: Spend money and resources on migrants who are just passing through, or let them fend for themselves.

Several cities in New Mexico, California, Arizona, and Texas decided to help. In San Antonio, for example, a city agency converted a former Quiznos into a temporary resource center for migrants and set up a shelter in partnership with a local church. Volunteers at San Antonio’s migrant resource center helped people book flights and bus tickets.

“The alternative was to have 25,000 people dropped off in the heart of San Antonio with no help, no food, and two or three nights ahead of them,” Colleen Bridger, the assistant city manager, told VICE News in July. “These are all families, most of whom have children. That’s not how you want families and kids spending a couple nights in your city.”

READ: All it takes is a $100 saw to cut through Trump’s border wall

The end of the Safe Release program transferred the responsibility of helping migrants from the federal government to local governments, often at a high cost: San Diego County spent more than $1.3 million on caring for migrants after the policy ended and sued the Trump administration over it in April. Deming, New Mexico, declared a state of emergency due to the influx of migrants in May.

Besides shifting responsibilities to cities, the end of the Safe Release policy also created additional hurdles for asylum-seekers, according to the UC San Diego report.

Some organizations told researchers that families were released without notices to appear in court — meaning they had no idea when or where their court hearings would be held. Other migrants were given notices to appear even though DHS didn’t have addresses on file for them and wouldn’t be able to update them on changes to their hearings ahead of time. Asylum-seekers and other migrants who miss their immigration hearings are almost always ordered deported in absentia.

The number of families being released by Border Patrol has dropped drastically in the past few months, and the shelters that once took in hundreds of migrants each day began seeing fewer arrivals, the report shows. But this change is due to the Trump administration expanding its Remain in Mexico policy (forcing people to stay in Mexico while their asylum cases proceed) to additional ports of entry, not because of an actual drop in asylum-seeking families. 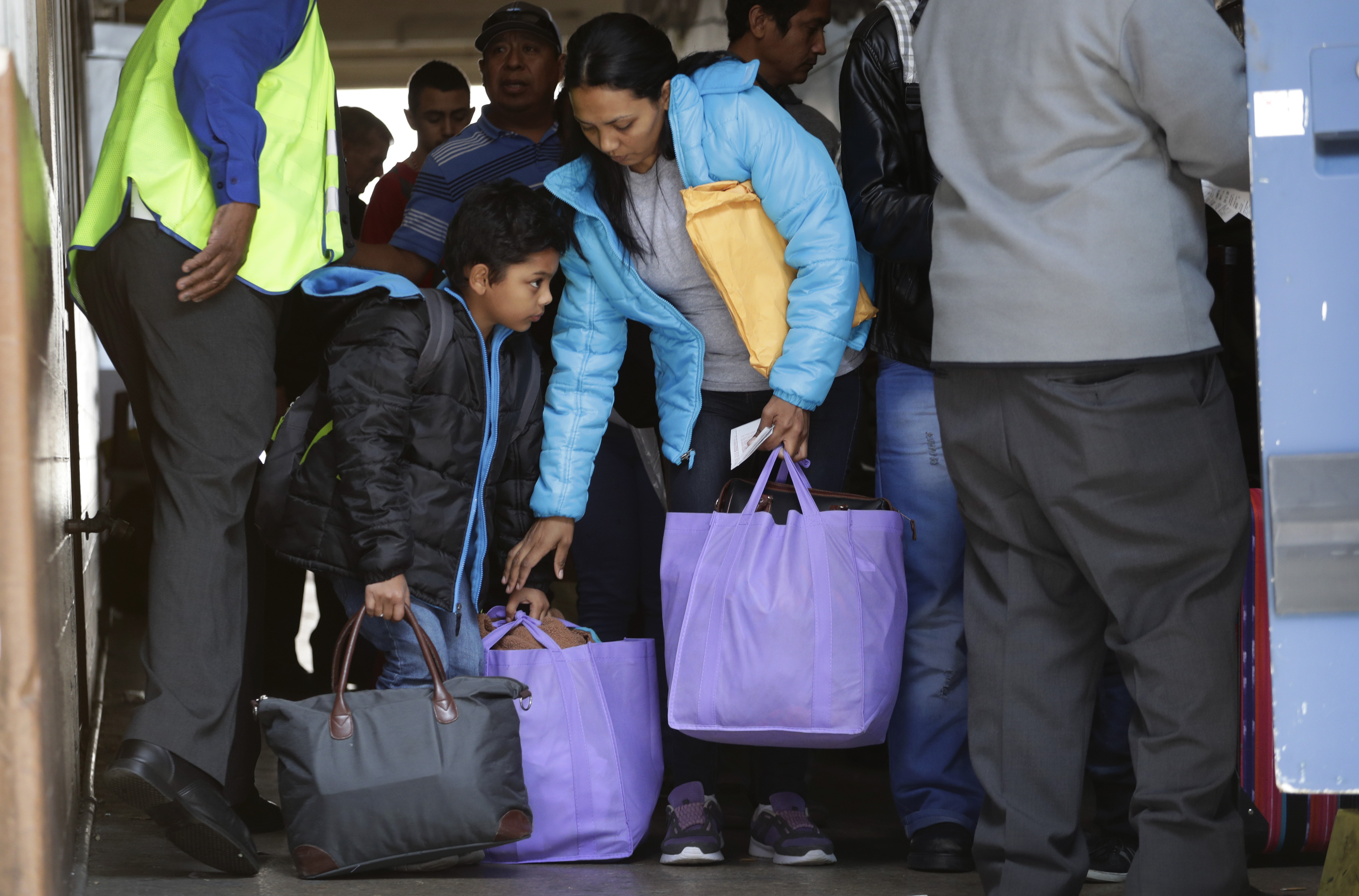 Exhausted and Infected: Thousands of Chinese Doctors Are Risking Their Lives to Fight Coronavirus