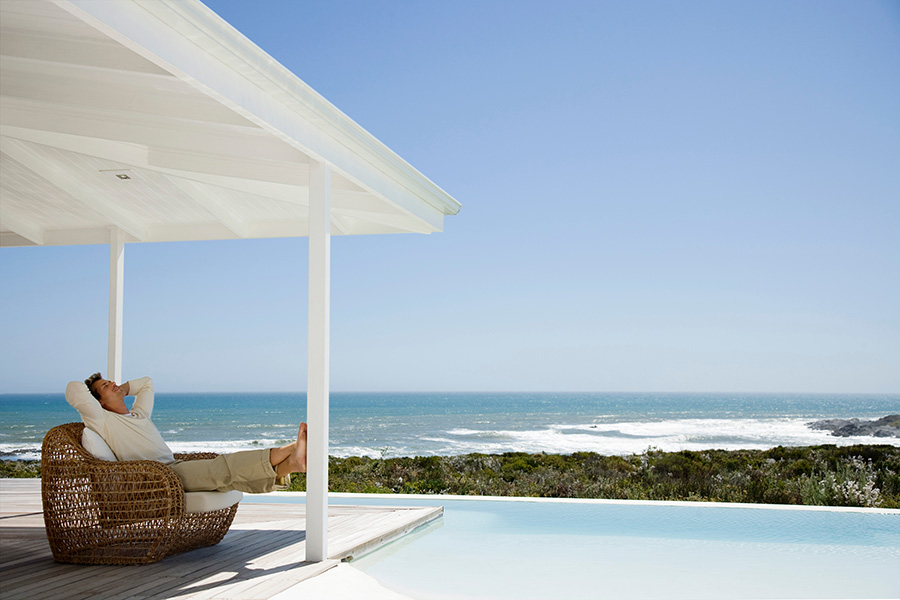 Joseph Pingaro believes that even real estate investors need to kick back and relax sometimes. Enjoy these 11 real estate fun facts curated for your free-time leisure.

The Empire State Building in New York City, one of the icons of the free market, started construction in March 1930, just five months after the stock market crash that triggered the Great Depression. Even though the design changed fifteen times to ensure it was the tallest building in the world, it opened just over a year later in May 1931. The Empire State Building remained the tallest building in the world for 40 years until the World Trade Center’s North Tower was completed in 1970.

Remember pretending you had a light-saber and defeating Darth Vader with your friends after watching Star Wars for the first time? Now you can stay in Luke Skywalker’s boyhood home overnight! The location they used in the original movie, and then again in The Phantom Menace, The Hotel Sidi Driss is an affordable accommodation in Tunisia. Now the next challenge is getting your light-saber through security at the airport.

Seasteading, the concept of creating a sovereign nation at sea, has been something people have attempted to do over and over again. To have a permanent dwelling at sea not subject to laws and taxes of any one country seems pretty appealing. Still, it is also pretty dangerous with no protection from pirates or navigating storms and waves that can come out of nowhere.

Only one group, Ocean builders, has managed to claim their sovereignty and build their seastead in international waters so far. Still, the Thai Navy brought that project down by claiming they were violating Thai sovereignty.

With the rise in popularity of tiny houses, you can now order a prefabricated container house on Amazon for as little as $14,999. But the original mail-order home was created by Sears. Through the Sears catalog, you could order your custom home precut with all the features of a modern, comfortable home, have it delivered to your site, and put it together yourself. They were the first company to mass-produce home-building materials and package them up into a DIY kit.

Shopping. After baseball, it’s America’s favorite pastime. The Mall of America, located in Minnesota, was built on the former site of Metropolitan Stadium. This is where the Minnesota Twins and the Minnesota Vikings played until the Hubert H Humphrey Metronome opened in 1982.

The mall was built over the stadium, and they placed a commemorative plaque over the spot where home plate used to be. But the Mall of America is owned by a Canadian property management group, the Triple Five Group. They also own the largest mall in North America, the West Edmonton Mall, located in Alberta, Canada.

Or at least the White House. In 1948, after more than 150 years of turmoil, destruction, reconstruction, hurried repairs, hurried additions, and neglect through The Depression, the White House was deemed unsafe. The Truman family was moved across the street, and for three years, workers gutted and reconstructed the presidential home.

The Fairbanks House in Dedham, Massachusetts, is the oldest timber-frame house in America. It was built sometime around 1637 and is currently a historic home museum.

8. The Empire Strikes Back

With the Empire State Building being one of the most significant office buildings in the world, you would think that most of its revenue would come from renting office space, but that is not the case.

Because the building opened during the Depression, most of it remained empty for quite some time. Now, most of the revenue comes from tourists visiting, taking the tour, and spending time at the observatory (and in the gift shop, of course).

Buckingham Palace is officially the most expensive residence in the world. Valued at $1.55 billion, it has 775 rooms, including 52 bedrooms for the royals and 188 bedrooms for staff. Housing the royal family, the palace is not likely to go up for sale anytime soon, unless this Brexit issue gets out of hand.

The Biltmore Estate in the Blue Ridge Mountains in North Carolina is the largest residential home in the United States. At 178,926 square feet, it’s the same size as a WalMart SuperCenter. Over six years, 1,000 workers and 60 stonemasons worked to build this extraordinary home. They even made a private railroad to bring in materials and workers and a private lumber mill and kiln, which pumped out 32,000 bricks per day.

Eat Out to Help Out: Diners claim 100 million meals in August