Lawyers for the whistleblower who blew open the impeachment inquiry into President Donald Trump are imploring news outlets and politicians not to reveal the person’s name.

“Identifying any suspected name for the whistleblower will place that individual and their family at risk of serious harm,” attorneys Andrew P. Bakaj and Mark S. Zaid wrote in an open letter released Wednesday. “Disclosure of any name undermines the integrity of the whistleblower system and will deter any future whistleblowers.”

Their unidentified client is the one who first sounded an alarm about the president’s shady July 25 phone call to Ukrainian President Volodymyr Zelensky. Subsequent congressional testimony by other administration officials have confirmed much of the whistleblower’s initial report of a proposed quid pro quo: Investigate Trump’s domestic political opponents in return for hundreds of millions of dollars in American foreign aid.

Despite those on-the-record corroborations, Trump and his allies in Congress and conservative media have increasingly taunted the press for declining to name the whistleblower. They’ve framed the decision as evidence of a conspiracy between journalists, Democrats, and the Deep State.

But conservative sites started publishing the suspected official’s name and photo in recent days, and right-wing trolls including Donald Trump Jr. and Russian media outlets have since spread it.

“We know the name of the whistleblower,” Republican Sen. Rand Paul, standing beside President Trump, said at a rally in Kentucky on Monday. “Do your job and print his name.”

READ: 2020 voters are already being inundated by fake news on Facebook

In their response to this drumbeat on Wednesday, Bakaj and Zaid said, “We will not confirm or deny any name that is published or promoted by supporters of the president.” While the New York Times reported some details about the whistleblower’s identity in September, soon after his complaint became public, reputable outlets have yet to go beyond that.

“We will note, however, that publication or promotion of a name shows the desperation to deflect from the substance of the whistleblower complaint,” the lawyers added. “It will not relieve the president of the need to address the substantive allegations, all of which have been substantially proven to be true.”

Cover: Donald Trump Jr., son of US President Donald Trump, gives a thumbs-up as he walks outside Trump Tower in New York, Sept. 24, 2019. (Photo by SAUL LOEB/AFP via Getty Images) 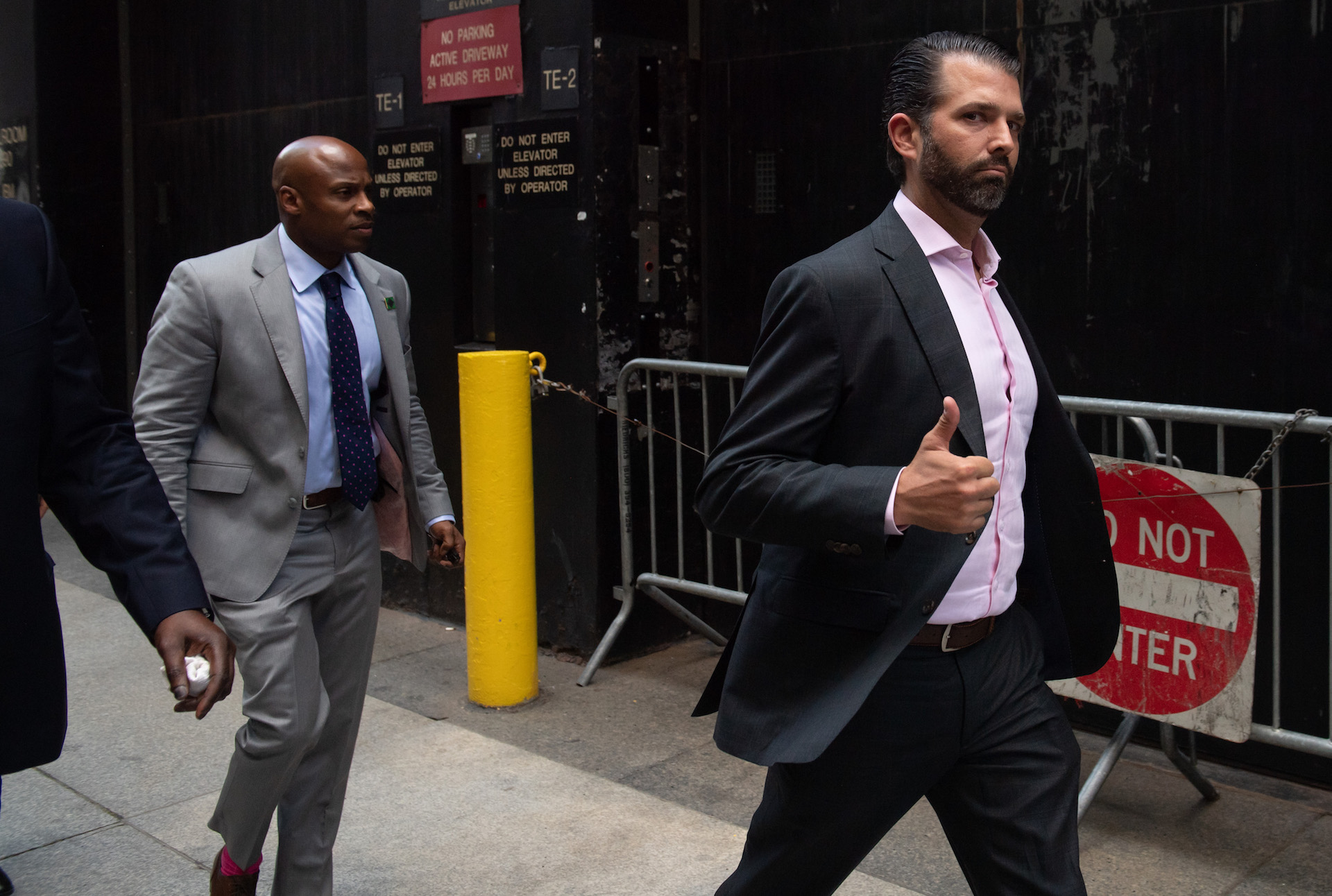 How to Start Your Own Printing Press Business

Coronavirus Is Devastating Homeless Shelters Across the Country