People usually think of New York City as a liberal bubble, but there are some red spots on the map scattered throughout the five boroughs — so we went to one in Brooklyn and drank there.

It wouldn’t be a stretch to call Kitty Kiernans or J.J. Bubbles in Bay Ridge safe spaces for New York City’s few Trump fans. “Everyone in this bar is a Trump supporter,” Tom Duffy, a ferry navigator, told VICE News’ Michael Moynihan at J.J. Bubbles.

Joe Joyce, the bar’s owner, supports Trump too. He prefers Fox News to other cable channels and has a hard time reading the New York Times. “They’re so biased,” he said.

Bay Ridge, a mostly white, blue-collar neighborhood in south Brooklyn, was one of just a handful of New York City neighborhoods to go red in 2016. And unlike the rest of the country, the people at Kitty Kiernans aren’t too concerned about impeachment.

“It’s a very smart political move on account of the Democrats to see if they can turn the tide before all the other things come to light, which are what criminal activities have been done by the deep state and Comey,” said Richie Cattafesta.

But not everyone at Kitty Kiernans is all-in for Trump. One guy said he’s considering voting for South Bend, Indiana, Mayor Pete Buttigieg but might vote for Donald Trump instead.

Duffy, the ferry navigator, is part of the #YangGang — and he loves Michelle Obama.

Watch the full first episode of “The Impeachment Show” on Viceland. 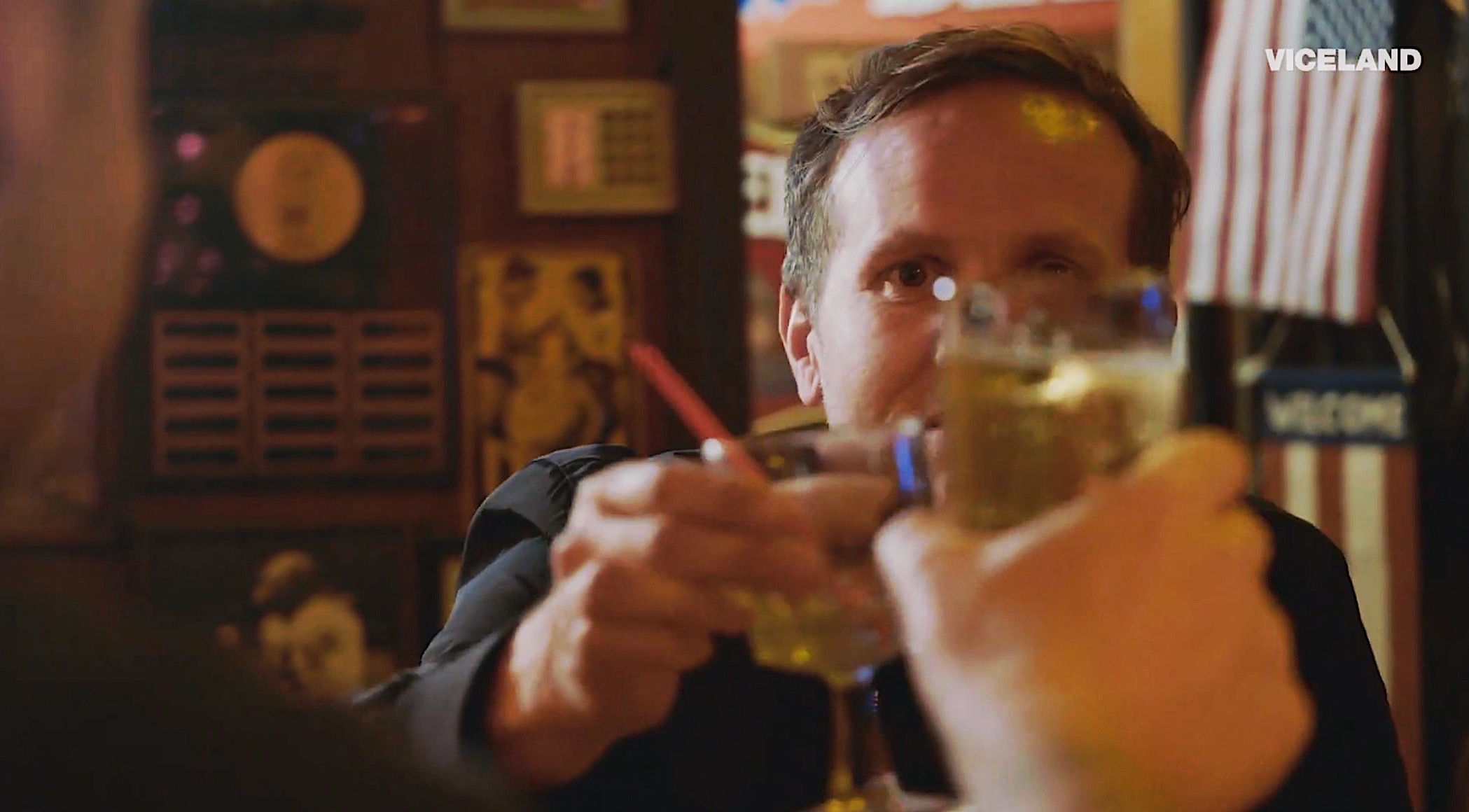 Santa Clarita School Shooter Allegedly Shot 5 Students and Then Himself