WASHINGTON — House Republicans made five key arguments to defend President Trump during the first day of public impeachment hearings. Unfortunately for them, none of them are borne out by the facts.

They went conspiratorial, claiming Ukraine interfered to help Democrats in the 2016 election. They went literal — Ukraine eventually got the military aid. They tried to do Trump’s bidding and smear Joe Biden. They argued because Wednesday’s witnesses were relaying secondhand information they weren’t credible. And they slammed the public hearings as a “sham” that shouldn’t be taking place, even though they spent weeks screaming for them as Democrats held closed-door depositions.

Here’s how they argued their points — and why they don’t quite hold up under scrutiny.

Trump is in the trouble he’s in because he bought into Rudy Giuliani’s conspiracy theory that Ukraine was out to get him in 2016, and allegedly sought to bully Ukraine into investigating that claim. But Republicans used the exact same theory to defend him.

House Intelligence Committee Ranking Member Devin Nunes (R-Calif.) said Trump was right to push Ukraine’s government to look into what happened in that election. And he blasted career diplomats George Kent and Bill Taylor for being “remarkably uninformed about these indications of Ukrainian election meddling and why the president may have been concerned.”

READ: The biggest moments of the first live impeachment hearings

That theory holds a tiny grain of truth. A number of Ukraine officials were alarmed by Trump’s pro-Russia candidacy, and a Democratic National Committee was reportedly in touch with Ukraine’s U.S. embassy about Trump during the campaign.

But that’s nothing like the state-sponsored, systematic hacking of emails and disinformation campaign against Hillary Clinton undertaken by Russia.

The argument from Nunes and the GOP’s in-house counsel seemed to baffle both Taylor and Kent, who repeatedly had to ask for questions to be repeated as they struggled to piece together what the hell they were talking about.

It was equally confusing for some other top Republicans.

“Whatever the GOP counsel is doing, it’s not working. I don’t understand where he’s going,” tweeted Ari Fleischer, a Trump ally and former White House chief of staff under George W. Bush.

And as Taylor pointed out, the reason so many Ukrainians were alarmed by Trump was because he was spouting pro-Russian talking points.

“He’d expressed the sentiment or the opinion that it was possible that Crimea wanted to go back to Russia,” he said. “That sentiment is amazingly inflammatory to all Ukrainians.”

Another argument pushed by Republicans: Because aid was released to Ukraine, there was no real quid pro quo.

That point was made by Reps. Elise Stefanik (R-N.Y.) and Will Hurd (R-Texas), the committee’s most moderate members, as well as Trump bulldog and Rep. Jim Jordan (R-Ohio).

READ: The biggest loser on impeachment hearings opening day is …

“Your ‘clear understanding’ was obviously wrong because it didn’t happen,” Jordan thundered at Taylor, mocking his assertion that he had a “clear understanding” Ukraine wouldn’t get aid unless Trump got an announcement of an investigation into the Bidens and 2016.

Their point is technically true — but misleading. The Trump administration released the aid on Sept. 11, only after they got caught. Public knowledge of the whistleblower’s complaint emerged on Sept. 9, and the House had already begun investigating what Trump was up to.

That’s roughly two months after the aid was initially held up — and after Trump’s team told Ukraine they wouldn’t get the aid until they announced the investigation.

“Look over there — the Bidens!”

Republicans are trying to make Hunter Biden’s nepotistic career the new “but her emails.”

The younger Biden took a plum contract to serve on the board of Burisma, a Ukrainian energy company, while his father was still vice president. Kent testified that he warned the Obama administration about a “perception of a conflict of interest” and was ignored. But Republicans are strongly implying that the senior Biden did something wrong, when there’s zero evidence of that.

That serves two purposes. It seeks to legitimize Trump’s actions. And it smears Biden so Trump allies can argue to voters that whatever sleazy stuff they’ve done, the other side is just as swampy — just like they did with Clinton four years ago.

Nunes attacked Democrats for holding a “closed-door audition process in a cult-like atmosphere in the basement of the Capitol” with “secret depositions” to determine which witnesses they’d want to put out in public. He also claimed “we should not hold any hearings at all” until Democrats investigate Hunter Biden, expose the government whistleblower who alerted the world to Trump’s alleged actions, and investigate Ukraine’s supposed election meddling.

Essentially, after more than a month of attacking Democrats for holding private hearings, they’re now screaming about the public ones.

Don’t forget they stormed the room where Democrats were holding those hearings in a publicity stunt to derail the depositions and slam them over process complaints. Now that Democrats are doing what they’d previously demanded, they’ve moved the goalposts once again.

While it’s easy to paint private depositions as intentionally secretive, Democrats say they were done so witnesses couldn’t coordinate testimony, a move that’s already forced U.S. Ambassador to the European Union Gordon Sondland to update his testimony and admit that he directly told Ukraine that military aid wasn’t coming unless they agreed to announce an investigation into the Bidens and 2016.

Republicans pointed out time and again that neither Kent nor Taylor ever directly talked to Trump about Ukraine, and therefore their claims are speculation and “hearsay.”

It’s true that neither talked to Trump. But both of them, and especially Taylor, gave multiple concrete examples of others pointing directly to Trump. And some of those witnesses will publicly testify soon enough.

Those include Sondland, who told Taylor and others that he’d repeatedly talked directly to Trump during this process and was acting on his orders. And Taylor dropped one new bombshell in his testimony — that one of his aides overheard Trump ask about “the investigations” in a phone call

Kent testified that he found out about the hold on Ukraine aid during an interagency meeting where an official from the Office of Management and Budget said it’d been held up by OMB director and White House Chief of Staff Mick Mulvaney at Trump’s orders. Others have testified that as well.

There’d be more eyewitnesses if Trump hadn’t expressly forbade anyone in the administration from cooperating with the probe. And there’s that whole rough transcript of Trump’s call with Ukraine’s president already public, where Trump asks for him to “do us a favor, though,” mentions Biden and brings up the 2016 election conspiracy theory. 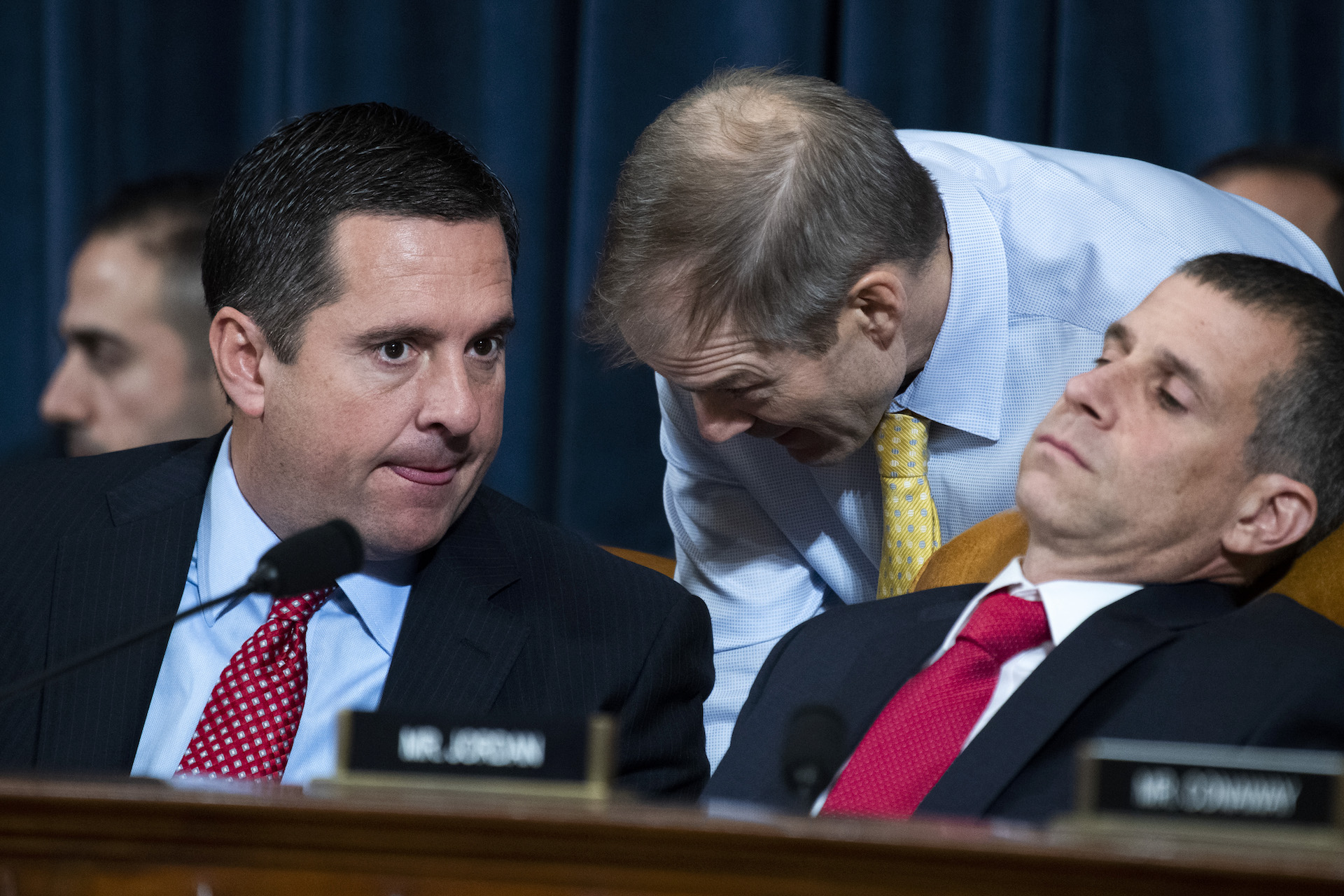