Early Thursday morning, a 16-year-old boy arrived at Saugus High School with a .45-caliber semi-automatic pistol in his backpack.

When he got to the quad, located in the center of the sprawling campus in Santa Clarita, California, he pulled out his gun. He shot five people — killing a 16-year-old girl and a 14-year-old boy — and then used his last bullet to shoot himself in the head.

It was his 16th birthday, said Capt. Kent Wegner, the homicide detective for the Los Angeles County Sheriff’s Office, at a press conference around 11:30 a.m. local time. He’s since been taken into custody and is in grave condition, being treated for a self-inflicted gunshot wound. His girlfriend and mother are being interviewed by police.

The other injured victims are two girls aged 15 and 14, and a 14-year-old boy. One of those patients is in critical condition and the others are in fair condition.

“We hoped the day would never come, and today it came,” said Patrick Moody, spokesperson for the Henry Mayo Newhall Hospital, five miles away, where some of the victims are being treated. 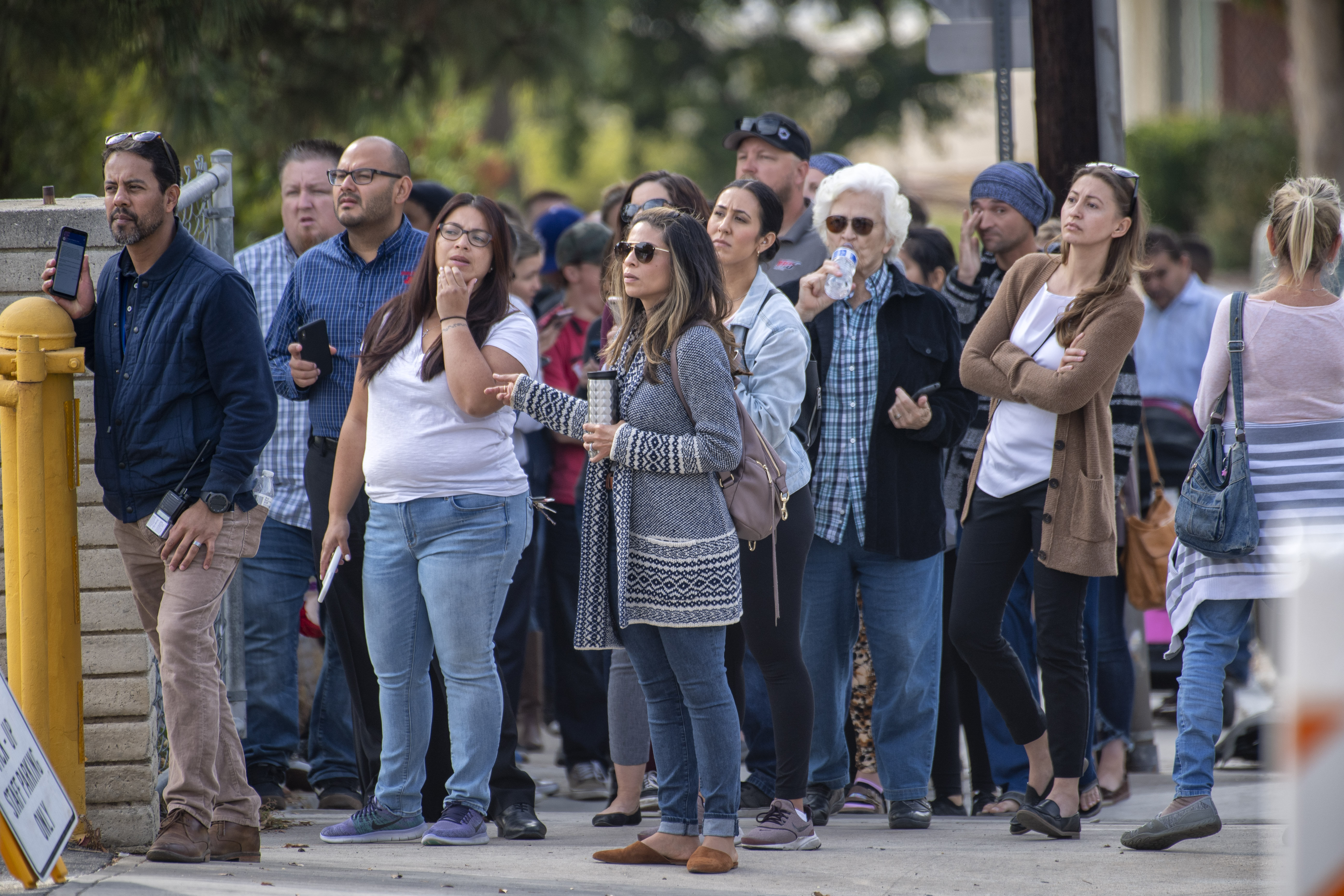 Police officials said that they identified the shooter through interviewing witnesses firsthand and reviewing surveillance footage. They also sought to quash rumors percolating through social media that there had been direct threats to the school in recent days. Wegner said they’re in the process of scraping the suspect’s social media to determine whether there were any red flags they had missed.

Thursday’s tragedy transformed the California town 40 miles north of Los Angeles into the latest backdrop for an American mass shooting.

The shooting was followed by a tense and chaotic period as law enforcement tried to locate the shooter, not realizing he was among the victims. Nearby elementary schools were placed on lockdown and the LA Sheriff’s Department urged residents to “lock doors and stay inside.”

Aerial footage of the scene showed law enforcement evacuating students from the 2,500-student school, leading them away from the campus in single-file, and patients being brought out on stretchers.

“We didn’t know if he was behind us,” one student, accompanied by her mother, later told CNN. “We just learned to run.” 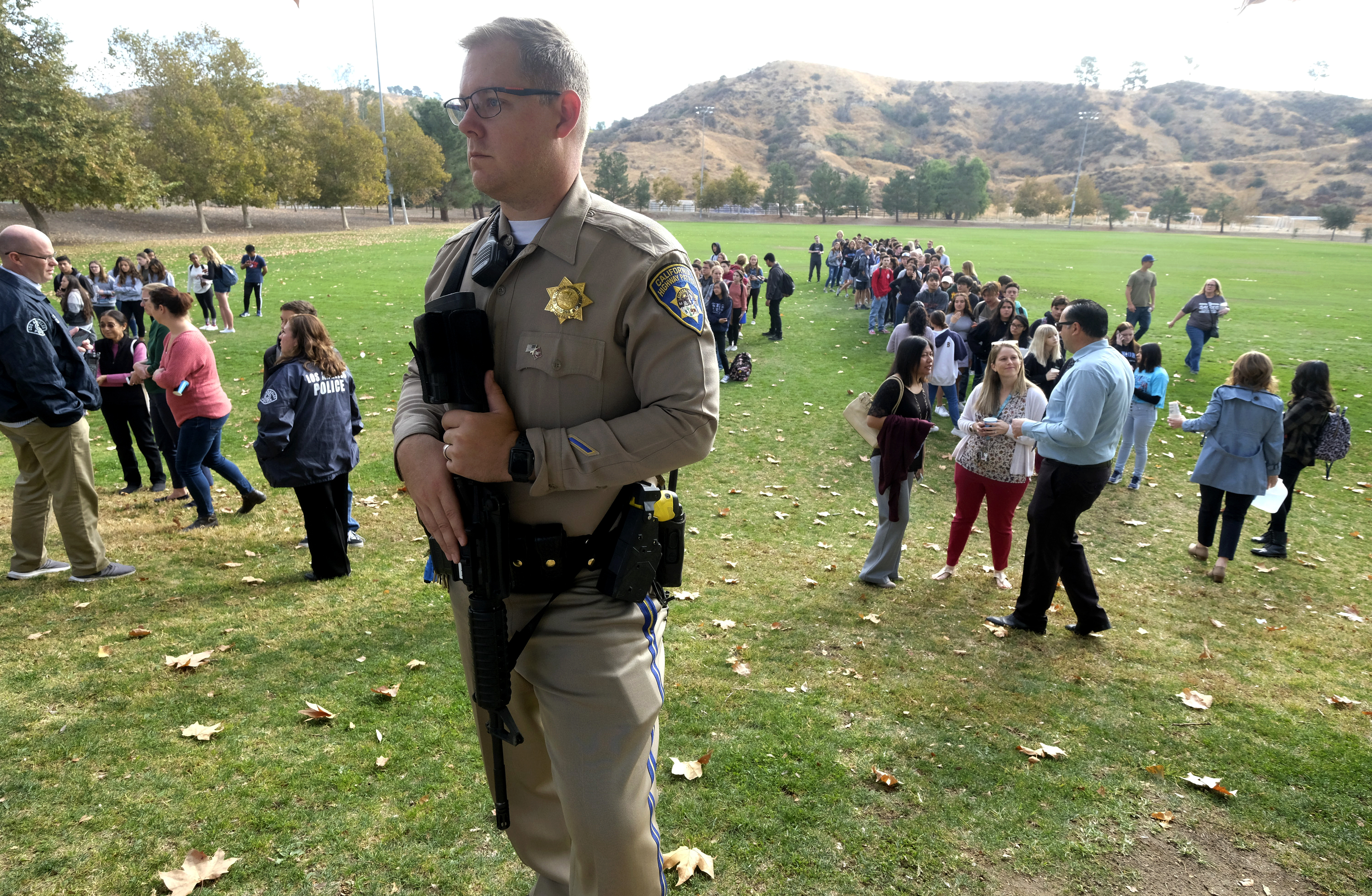