1885 was the year Mark Twain published the “Adventures of Huckleberry Finn” and the Statue of Liberty arrived in New York on a boat from France.

It was also the year the Indian government passed a piece of legislation that lawmakers in Delhi say is key to providing them with broad powers to monitor, intercept, and decrypt all digital communications as part of a growing attempt to control the online space.

The Telegraph Act of 1885 “empowers” lawful interception of messages in the case of a public emergency or in the interest of public safety, the government said this week, even though the legislation was enacted over a century before the advent of the internet, mobile communications or encrypted messaging platforms.

The issue was raised in India’s parliament this week by former telecom minister Dayanidhi Maran, who was seeking answers from the government about its role in monitoring WhatsApp messages using spying software from Israeli company NSO.

Minister of State for Home Affairs G. Kishan Reddy did not directly address the question about WhatsApp monitoring, but said that between the Telegraph Act of 1885 and the Information Technology Act of 2000, the Indian government had effectively complete control over all digital communications within the country.

“The [Acts] empower the Central Government or a State Government to intercept, monitor or decrypt or cause to be intercepted or monitored or decrypted, any information generated, transmitted, received or stored in any computer resource in the interest of the sovereignty or integrity of India, security of the State, friendly relations with foreign states or public order or for preventing incitement to the commission of any cognizable offence relating to above or for investigation of any offence,“ Reddy said in a written response to the question.

READ: Iran turned off the Internet to shut down protests, and no one knows when it’s coming back on

But the Internet Freedom Foundation, a digital rights advocacy group in India, claims the legislation is not fit for purpose in 2019 and is currently challenging its viability in the Supreme Court.

“We believe the Telegraph Act is a colonial enactment [that was] devised for wired communications and not digital data and has been consistently shown to be prone to abuse since they centralized all power in the executive branches of government,” Apar Gupta, a co-founder of the IFF, told VICE News. “There is an absence of any institutional oversight by either the judicial or legislative branches. This old legal framework and the tremendous facility in gathering personal data is posing an immense and direct challenge to the right to privacy in India.”

The question from Maran was prompted after 19 activists, journalists, politicians, and privacy advocates in India revealed earlier this month that their WhatsApp communications may have been compromised.

Opposition figures in India have claimed that the targeting of activists and others in India shows the government’s desire to control and monitor all online activity, as it moves towards what critics call a complete surveillance state.

READ: Facebook in India is drowning in anti-Muslim hate speech

In recent years, the Indian government has built an increasingly sophisticated surveillance system. The Central Monitoring System (CMS) allows government agencies to intercept any online activities directly, including phone calls, text messages, and VoIP communication, Freedom House said in a recent report on the state of the internet freedom in India.

The Supreme Court is currently hearing a case about whether or not WhatsApp users should be forced to link their accounts to India’s Aadhaar biometric ID system, a proposal Facebook has resisted, claiming it would undermine the privacy and safety of its users.

Last month, the Indian government announced that in January 2020 it is planning to introduce new legislation that would regulate platforms like Facebook and Twitter as they are causing “unimaginable disruption” to democracy. 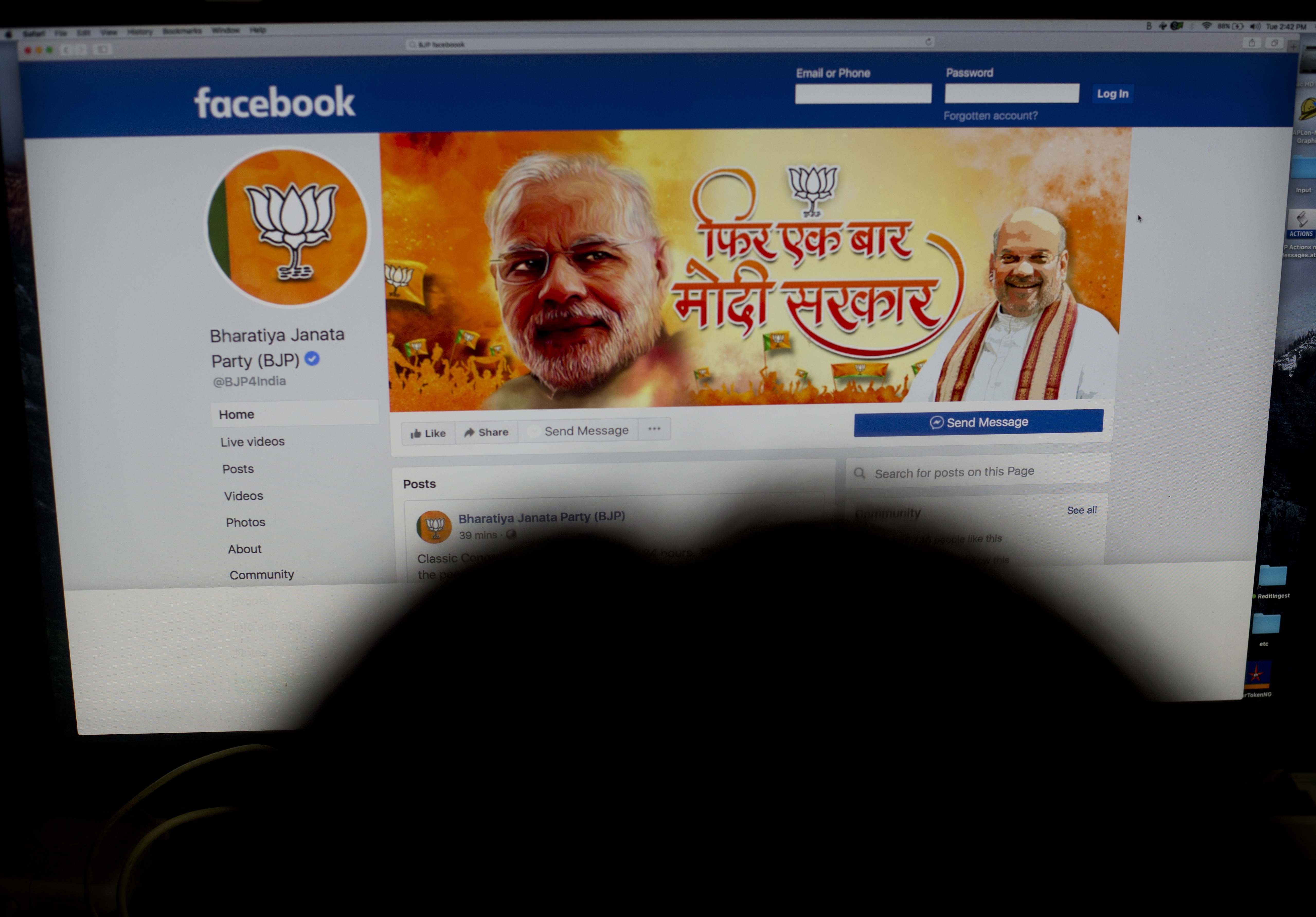 Bank of England warns of sharpest recession on record