WASHINGTON — A top Trump administration official now admits that he had a direct call with President Trump in which they discussed “investigations” — a bombshell that ties the Ukraine pressure campaign directly to the president.

U.S. Ambassador to the European Union Gordon Sondland, who is testifying to the House impeachment inquiry Wednesday morning, plans to admit in his opening statement that he talked to Trump the day after Trump’s infamous call with Ukrainian President Volodymyr Zelensky and discussed the investigations that Trump was hoping Ukraine would undertake.

Sondland had conveniently failed to mention that call during his closed-door testimony, but others have come forward to testify about it. That includes David Holmes, an embassy official who was with Sondland as he made the call and overheard Trump discuss the investigations.

“On July 26, shortly after our Kiev meetings, I spoke by phone with President Trump,” Sondland says in his prepared opening statement. “The White House, which has finally shared certain call dates and times with my attorneys, confirms this. The call lasted five minutes. I remember I was at a restaurant in Kiev, and I have no reason to doubt that this conversation included the subject of investigations. Again, given Mr. Giuliani’s demand that President Zelensky make a public statement about investigations, I knew that the topic of investigations was important to President Trump.”

Sondland’s new admission is just one in a number of troubling moments included in his opening statement that could cause agita in the White House.

He also testifies that Trump told him and other top officials to “work with Rudy” Giuliani, Trump’s personal lawyer, on Ukraine policy in late May — and that he knew what that meant.

Cover: U.S. Ambassador to the European Union Gordon Sondland arrives to testify before the House Intelligence Committee on Capitol Hill in Washington, Wednesday, Nov. 20, 2019, during a public impeachment hearing of President Donald Trump’s efforts to tie U.S. aid for Ukraine to investigations of his political opponents. (AP Photo/Manuel Balce Ceneta) 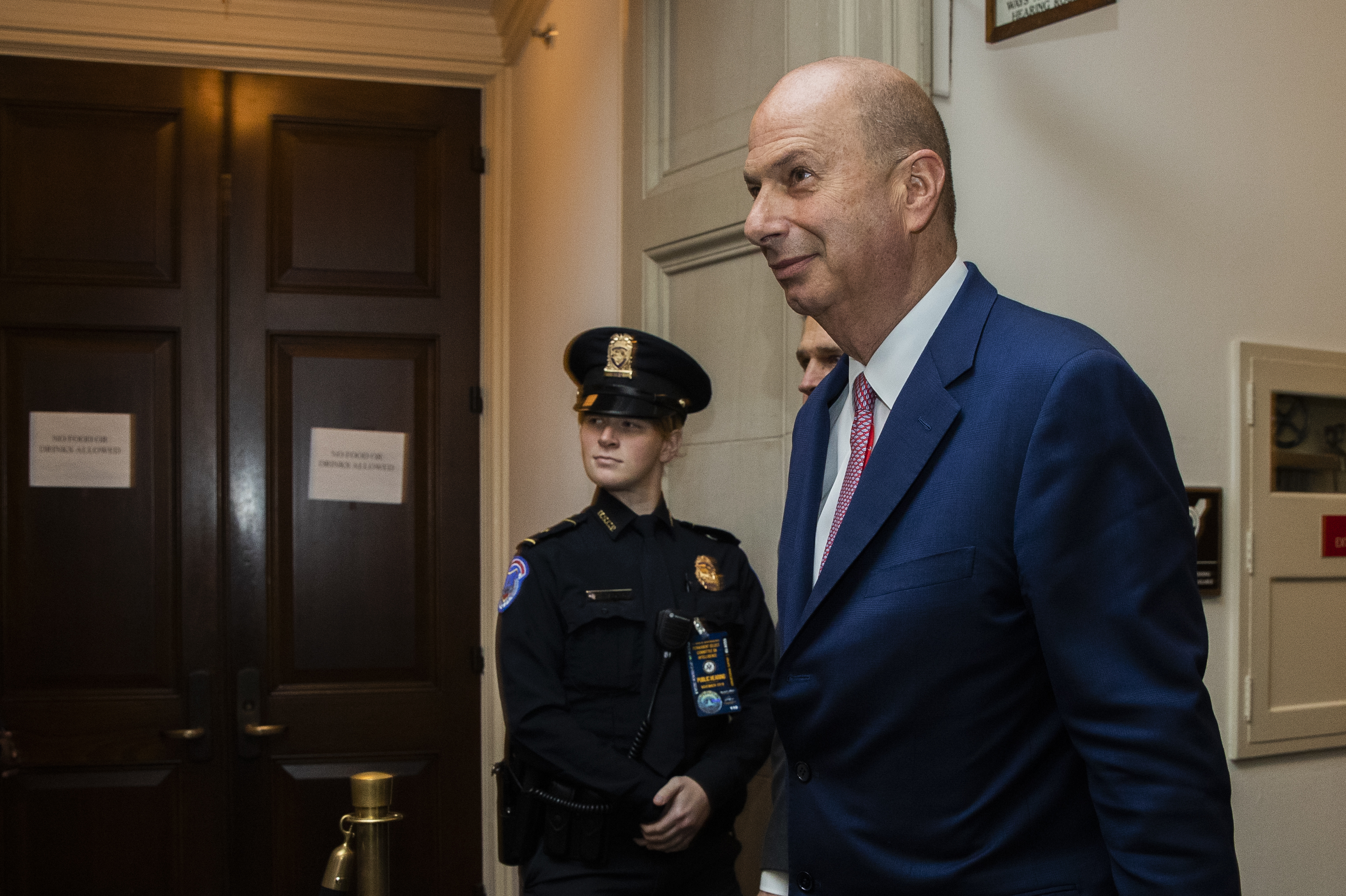 6 Reasons Why Cycling is Good for You, Even at Home

Flybe set to fly again after brand is rescued