The Navy wants to boot the SEAL that President Donald Trump pardoned in a high-profile war crimes case.

Chief Petty Officer Edward Gallagher was scheduled to appear on Wednesday morning before Navy officials, who are expected to tell Gallagher of the plan to oust him from the SEALs, the New York Times reported, citing anonymous Navy officials. That could put the SEALs’ leadership at odds with Trump, who just pardoned Gallagher from any judicial punishment last week.

Gallagher was initially charged with killing civilians and other war crimes, but a military jury convicted him of just one minor count — bringing discredit on the armed forces — for posing with the corpse of a teenage ISIS fighter. But last week Trump reversed the order and restored Gallagher’s rank.

Navy officials, meanwhile, had moved to strip Gallagher of his SEAL status earlier this month but were held up by White House clearance that never came, the Times reported. Now, SEALS commander Rear Adm. Collin Green reportedly has authorization from the Navy to hand Gallagher a formal letter notifying him of the plan to boot him.

READ: Trump might be fine with doing crimes to build his border wall

Kicking out a SEAL is signified by taking their Trident pin, something the Navy has done more than 150 times since 2011. The decision about whether or not to take Gallagher’s Trident will ultimately rest with a review board. Under Navy regulations leadership can take the pin when a commander loses “confidence in the service member’s ability to exercise sound judgment, reliability and personal conduct.”

The process of taking Gallagher’s Trident is expected to begin on Wednesday. The move doesn’t have much practical effect, since Gallagher planned to leave the Navy soon. Losing the Trident doesn’t reduce a SEAL’s rank, but it’s considered a disgraceful end to a career.

The accusations made against Gallagher made headlines across the world. He was accused of killing a prisoner of war with a hunting knife and firing his sniper rifle at citizens, including a woman in a flower hijab and an elderly man.

Trump congratulated Gallagher and his family when he was acquitted of most of the charges.

“You have been through much together,” he wrote. “Glad I could help!” 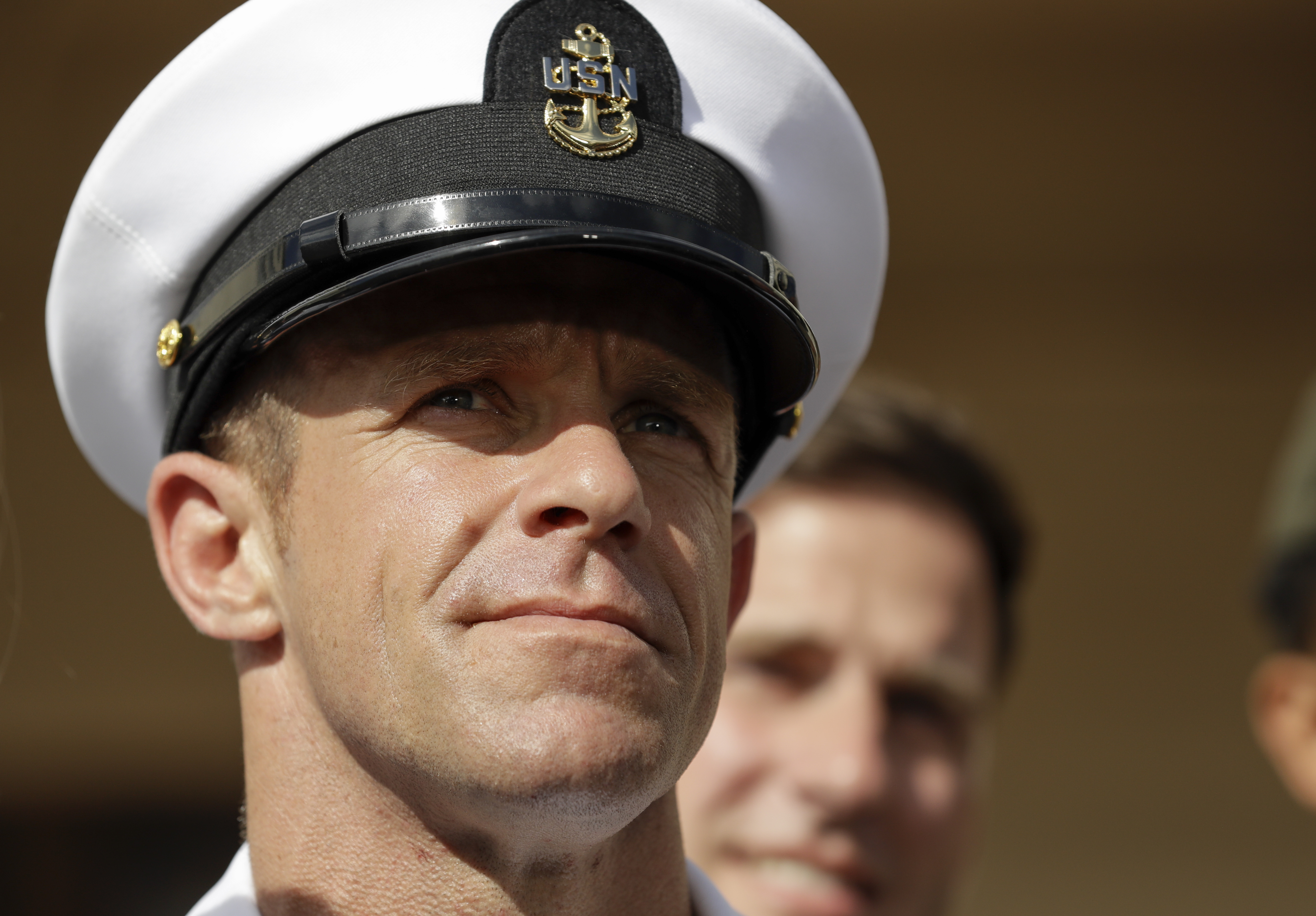 Peloton exercise bike ad mocked as being ‘sexist’ and ‘dystopian’