Iran’s government began reconnecting the country to the global internet on Thursday morning, more than four days after responding to widespread protests about fuel prices with an almost total internet blackout.

Iran has been widely criticized for cutting off access to the internet in a bid to stifle the protests against a 50% hike in fuel prices. It’s seen as an effort to prevent the international community from monitoring how the government has reacted to the protests, which began on Friday.

Amnesty International claimed this week that at least 106 people have been killed by security forces since the protests broke out, and warned the true death toll could be as high as 200.

On Wednesday, a number of state-run media outlets ran stories highlighting the damage the blackout was doing to Iran’s economy. Communications Minister Mohammad-Javad Azari-Jahromi was quoted as saying that online business transactions “have fallen by 90 percent” while Chamber of Commerce member Ali Kolahi said the blackout was impacting exports. “We have no idea where our shipments are,” he told conservative news agency ILNA.

Iran’s leaders said earlier this week they would restore internet access once the protests had ended. On Thursday, Iran’s elite Revolutionary Guards said that calm had returned across the country.

The semi-official Fars news agency reported that internet access is being switched back on and that landline or ADSL access has already been restored in half a dozen provinces as well as in parts of the capital Tehran.

Netblocks, a digital advocacy group that uses real-time data to track internet shutdowns around the world, confirmed that connectivity to the global internet was rising, but warned that it was still only at 10 percent.

Earlier in the week, connectivity inside Iran had fallen to as little as 4 percent, with only government officials and some state-media outlets retaining access.

READ: Iran turned off the internet to shut down protests, and no one knows when it’s coming back on

A source in Homozgan province, who did not want to be identified, provided VICE News with evidence of access to the internet, but said that speeds were so slow that videos could not be uploaded.

Critics claimed that the government cut off access to the internet to prevent protesters from coordinating and mobilizing online, and to prevent human rights groups from tracking how security forces responded to the uprising.

The government has filled the information vacuum by blaming foreign forces — including the U.S., Israel, France and Saudi Arabia — for supporting the violence that exploded following the price increase on Friday.

READ: About 3 billion social media users are being spied on by their governments

Tehran claimed the foreigners had infiltrated the demonstrations and fomented the violence, claims that were then amplified on state-run television stations.

The government, however, has given no concrete figures for the number killed, injured or detained in the crackdown against protesters.

Amnesty International’s report this week said the security forces “used excessive and lethal force to crush largely peaceful protests in more than 100 cities across Iran sparked by a hike in fuel prices.”

The process of cutting off access to the internet was one of the most complex ever tracked by NetBlocks, and one expert told VICE News earlier this week that the government would have been planning this move for a long time.

“In every round of domestic unrest they have experienced over the last decade, the Iranian government has done some evaluation of their strategies and their responsiveness and they have learned lessons” Sanam Vakil, a senior research fellow at London-based think tank Chatham House, told VICE News on Tuesday. “What we are seeing today is that they were prepared for these protests because we immediately saw the presence of law enforcement on Iranian streets, and the internet blackout was a signal that they were ready.”

Cover: In this Tuesday, July 2, 2019 photo, an Iranian woman works on her cell phone while spending an afternoon on steps outside of a shopping mall in northern Tehran, Iran. (AP Photo/Vahid Salemi) 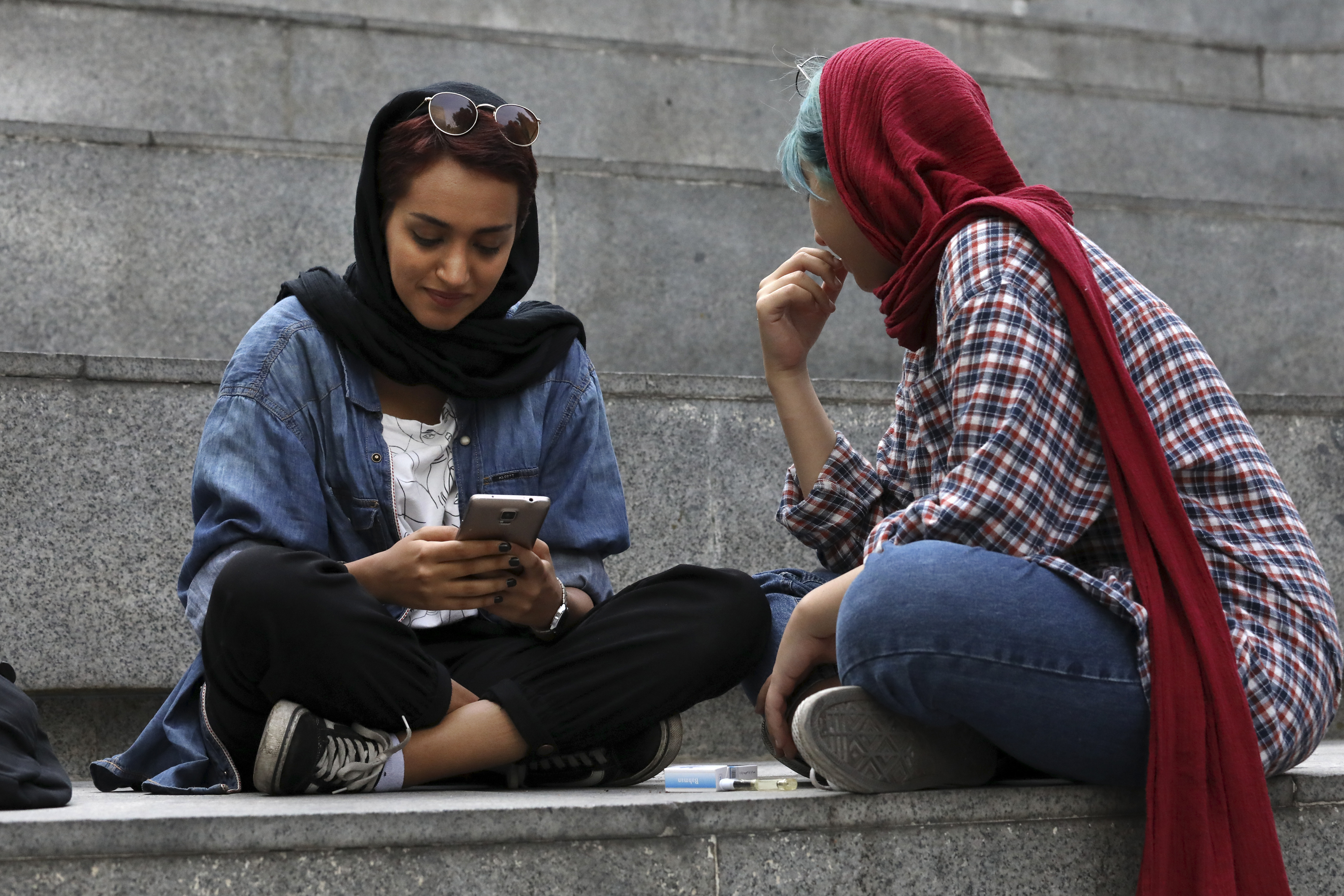 Holidays: Travel industry begs for ‘route out of crisis’