One California city is apparently warming to the idea of pushing homeless people into a shelter where they’re not allowed to leave until they “demonstrate self-sufficiency.”

In other words, according to advocates: a jail.

Redding Mayor Julie Winter mentioned her aim for a kind of locked-down homeless shelter in an interview this week with Jefferson Public Radio, a station that broadcasts in southern Oregon and Northern California. The interview concerned a Nov. 19 letter the city drafted to Gov. Gavin Newsom, in which Winter asked him to declare a state of emergency over homelessness to access funding typically reserved for natural disasters. With that funding, the city of nearly 92,000 could build a shelter that effectively forces people with mental illness or substance-use disorder indoors, according to Jefferson Public Radio. Redding has seen an increase in homeless camps, despite repeatedly sweeping the camps and making arrests.

“That might be a low-security facility, but it’s not a facility you could just leave because you wanted to,” Winter told the station, adding that she’d like the shelter to hold people for up to 90 days. “You need to get clean, you need to get sober, you need to demonstrate self-sufficiency. And once you do that, you’re free to go.”

A shelter like that would almost certainly face swift and aggressive legal challenges from civil liberties organizations.

“There’s a lot of reasons why this kind of approach is not likely legal,” said Eric Tars, legal director at the National Law Center on Homelessness & Poverty, who noted it could run afoul of the Americans with Disabilities Act. “I would call it an internment camp, or a concentration camp. If it’s not a jail, then what else could it possibly be?”

Tars also expressed concern about the Trump administration’s reported interest in creating similar, temporary facilities in California. The Trump administration has also reportedly indicated it’s interested in removing some homeless camps or otherwise instituting some sort of crackdown, according to the Washington Post. That might be inviting California’s cities to do something similar, he said.

Winter did not immediately respond to a VICE News request for comment seeking further information on the shelter she mentioned to Jefferson Public Radio.

California’s nearly 130,000 homeless people represent about a quarter of the entire country’s homeless population. And the state’s homeless people are largely unsheltered and sleeping on the streets, too, making the problem visible enough that President Donald Trump and members of his administration have bashed it multiple times. Advocates say the state’s homeless population has spiraled greatly in recent years due to a higher cost of living, rising rent and over-development, and inadequate social services for the very poor or mentally ill. Redding is a microcosm of that issue, though its homelessness isn’t on par with levels seen in the Bay Area or Los Angeles County. Shasta County, where Redding is based, recorded a homeless population of 827 people this year, a 19.5% jump from the year prior. (Some county officials put that number somewhere between 3,000 to 4,000, since counting homelessness is notoriously difficult.)

However, the county alleged in its letter that homeless people are refusing resources — part of the reason why it wants to force people into shelters — and negatively impacting the environment.

“Our tax-paying citizens are angry and overwhelmed, and they feel helpless. As the Mayor, I feel similarly,” Winter wrote. “The city has mental health services, a mobile mental health services unit, shelter, and substance abuse programs available that are underutilized or remain empty despite vigorous outreach.”

Chris Solberg, a homeless advocate in Redding, disputed the idea that the city’s homeless problem could be fixed with forced mental health or addiction treatment services. The 58-year-old noted that he often encounters homeless families, elderly homeless people, or refugees from the Carr Fire and Camp Fire.

“It’s demonic, to be honest with you,” he said of the forced-shelter idea.

Cities across the West Coast have argued that their hands are tied from addressing homelessness since the 9th U.S. Circuit Court of Appeals ruled it was unconstitutional for them to ticket a person for sleeping on the street if they didn’t have an adequate shelter bed available to them. Following that September 2018 ruling, cities within the 9th Circuit are only able to ticket or jail a homeless person if they’re refusing adequate shelter space — which, especially in California, can be hard to come by.

Tars said that if a city can only convince someone to use shelter or services with the threat of locking them up, those services are probably inadequate or hostile to homeless people.

“Now it seems like what they’re doing is saying that if we can’t put people into jails that we call jails, we’re going to call the jails something else,” said Tars. 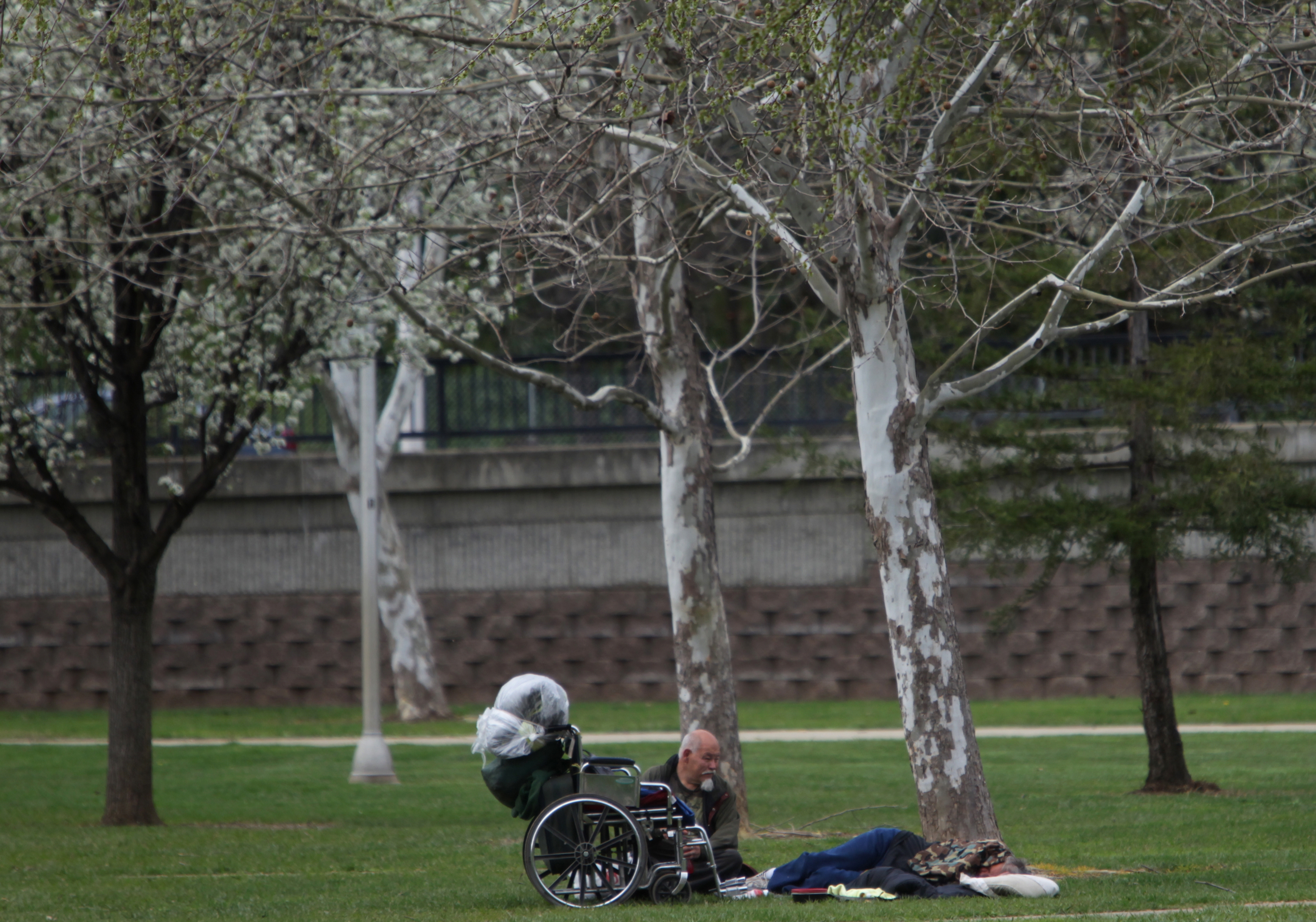