A month ago, pro-democracy activist Jimmy Sham was brutally attacked by a group of masked men wielding a hammer and knives. On Monday, standing with the help of crutches, Sham was declared the winner of a seat in Hong Kong’s local council elections.

Sham was among hundreds of pro-democracy candidates who won landslide victories over pro-Beijing lawmakers, helping secure control of 17 out of 18 district councils in Hong Kong, after voters turned out in record numbers Sunday in a very public rebuke of Carrie Lam’s pro-Beijing government.

Heading into the election, all 18 councils were controlled by pro-establishment councilors, but Sunday’s record-breaking vote upended the status quo completely, with pro-Beijing candidates winning just 60 of the 452 seats up for grabs.

Pro-democracy candidates won 347 seats, while independents — many of whom are pro-democracy — won another 45.

Ahead of the elections, Beijing was claiming the vote would allow a silent majority to voice their dissatisfaction with the increasingly violent protest movement, which recently entered its sixth month.

But the results sent a very different message to Lam and her government.

“The unprecedented turnout of the Hong Kong voters and the landslide victory of the pro-democracy camp is an unambiguous warning against the Carrie Lam government and Beijing,” Adam Ni, a China expert at Macquarie University in Sydney, told VICE News. “It is a sign of unity among the people of Hong Kong. It is a clear sign that the spirit embodied by the Hong Kong protests continues to enjoy overwhelming support among Hong Kongers.”

As pro-democracy candidates and their supporters celebrated on the streets, Regina Ip, a member of the Hong Kong government’s leading advisory body and former security chief, was loudly heckled by lunchtime protesters in the city’s business district.

“In general, I think the election results do reflect that the public is very dissatisfied with the government,” she told reporters.

READ: China is running out of options in Hong Kong

But Lam reiterated Beijing’s view that the vote was a reaction to problems within Hong Kong society rather than issues with her leadership.

“There are various analyses and interpretations in the community in relation to the results, and quite a few are of the view that the results reflect people’s dissatisfaction with the current situation and the deep-seated problems in society,” Lam said in a statement released online Monday.

Lam added that she was going to “listen to the opinions of members of the public humbly and seriously reflect.”

Turnout on Sunday was up 47% from Hong Kong’s 2015 election, with a record 2.94 million votes cast, representing 71.2% of registered electors.

Many of those voting were doing so for the first time, with younger voters generally supporting pro-democracy candidates. Among those who won seats for the first time were five activists from the Occupy movement of 2014, which opposed Beijing’s electoral reforms. The winners in those races will replace veteran lawmakers.

The election result is ultimately a symbolic one: Local councilors have very limited political power, and deal mostly with local issues such as bus routes and rubbish collection.

However, the councilors do get to choose 117 members to sit on the 1,200-member election committee that elects the city’s chief executive. With almost all those 117 members likely to be pro-democracy lawmakers, those who support the protest movement will have a much bigger say in how Lam’s successor is chosen in 2022. 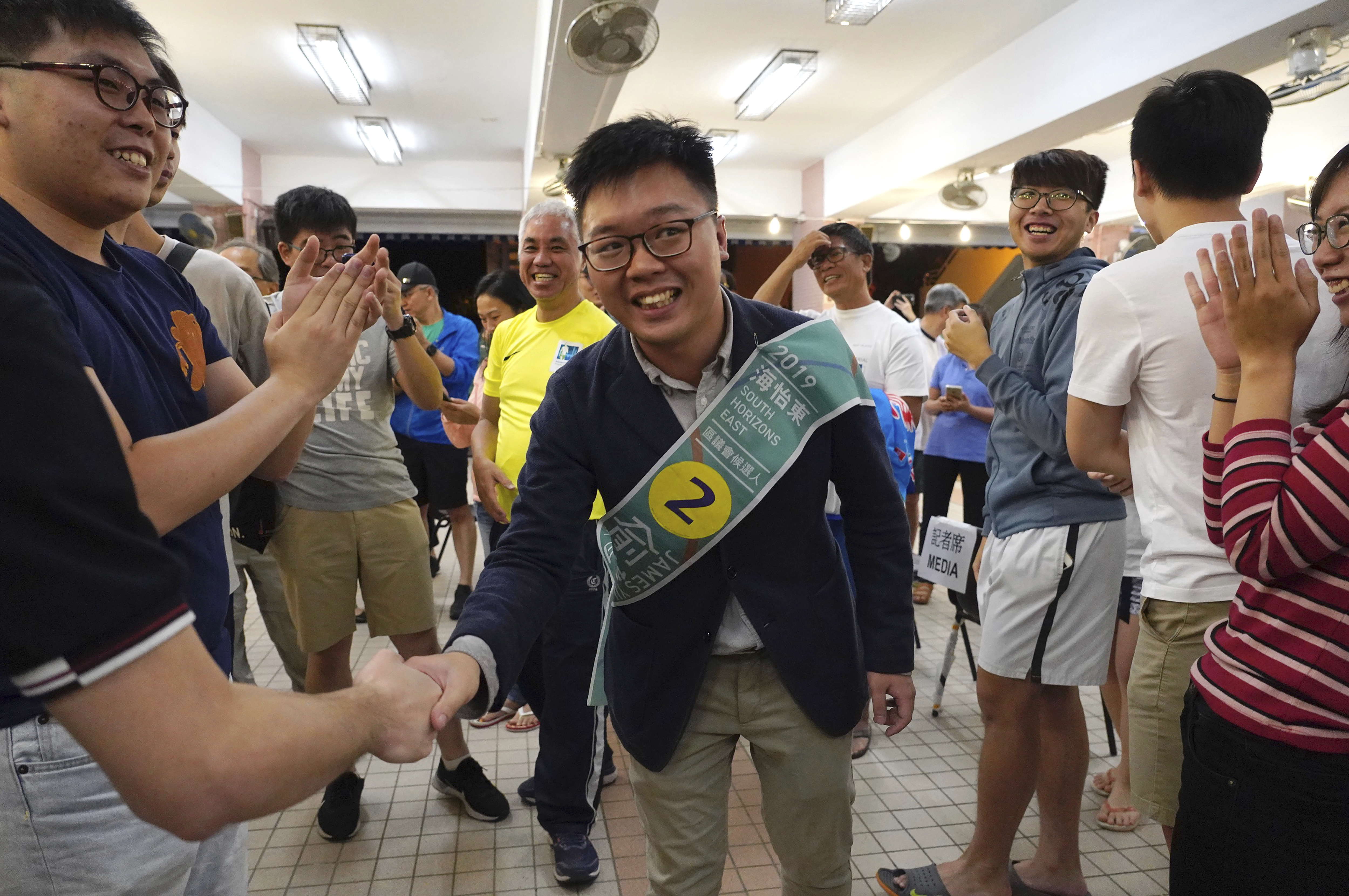 HS2: Government to give high-speed rail line the go-ahead