A woman in Texas was found dead outside the home of an elderly couple she cared for after being attacked by a group of feral hogs on Sunday morning.

The victim, 59-year-old Christine Rollins, arrived at work in the rural southeast Texan town of Anahuac around 6 a.m. on Sunday when it was still dark. The 84-year-old homeowner found Rollins’ body lying in the front yard when he looked outside after she didn’t arrive at their door for work.

Police were called and initially considered the possibility that Rollins had died of a medical condition before her body was discovered by the feral hogs.

However, an autopsy Monday confirmed the cause of death as loss of blood “due to feral hog assault,” Chambers County Sheriff Brian Hawthorne told reporters during a news conference.

“It looks like she got out of her car and locked it,” Hawthorne said. “[She] was probably trying to make her way to the front door when, it appears, these animals must have come along.”

The medical examination found that Rollins was attacked by “multiple hogs” based on the various size of the bites on her body.

“There is no question in the medical examiner’s mind that this was feral hogs that caused her death,” Hawthorne said, adding: “In my 35 years, I will tell you it’s one of the worst things I’ve ever seen.”

READ: Feral hogs are tearing up Texas. so people are shooting them from helicopters

Feral hogs have taken over some pasture land around the home, Hawthorne said, adding that they are a problem throughout Chambers County. Attacks on humans, however, are extremely rare.

Feral hogs are one of the most destructive invasive species in the U.S. and have long been a problem for Texas farmers.

The hogs cause roughly $1.5 billion in damage each year, according to the U.S. Department of Agriculture, tearing up crops and property, eating endangered species, and spreading diseases to livestock and humans.

The USDA estimates there are about 6 million hogs across the U.S. and approximately half of them live in Texas.

READ: This is a story about Italian coke dealers, $22,000 in hidden drugs, and feral hogs

The problem is so great that in 2011 the state made it legal for helicopter companies to take anyone — even tourists — hunting for feral hogs.

Cover: Feral hogs run for cover as a Robinson R 22 helicopter, piloted by Mark Shimek, tries to get ahead of them during a demonstration at the Pipkin Ranch Wednesday, Sept. 21, 2011 in south Jefferson County, Texas. (AP Photo/The Beaumont Enterprise, Dave Ryan) 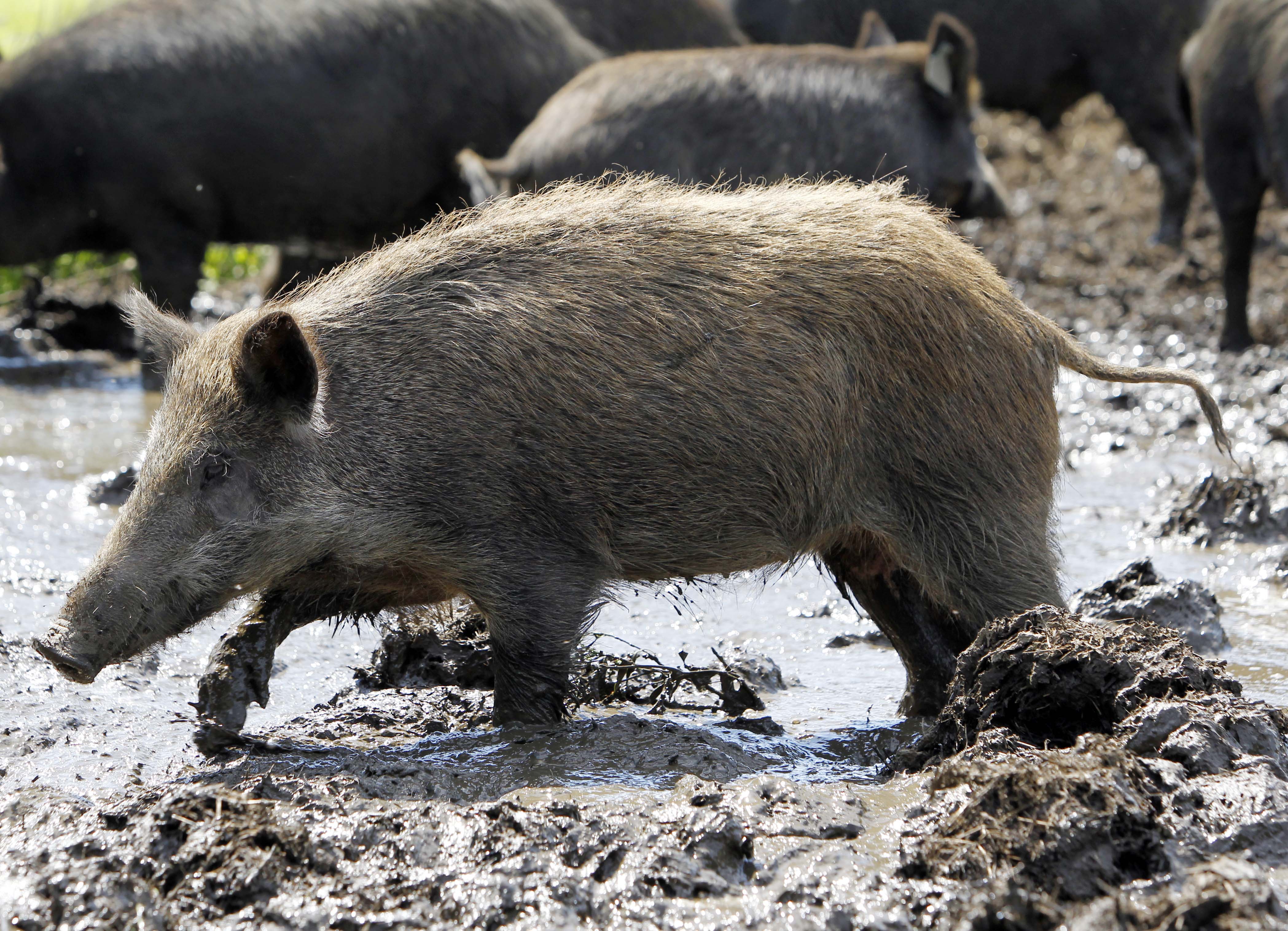 Coronavirus Brought These Divorced Parents Together