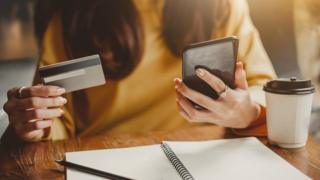 People who bank with HSBC and Santander are in line for a refund after a watchdog said they had failed to alert customers who went into the red.

Santander also said it would comply, but has not worked out the cost of the refunds yet.

The CMA said the banks first breached the rules in February 2018.

It said the refunds would cover all fees incurred by customers who had gone into unarranged overdrafts without being warned in time to take action.

The competition watchdog added that it was requiring the two banks to have their compliance with the rules checked independently.

HSBC’s refund amounts to an average of just over £69.50 for each customer affected.

However, the actual refund that any customer receives will depend on how much he or she was charged for being overdrawn.

HSBC was found to have committed two breaches of the CMA’s Retail Banking Market Investigation Order.

HSBC broke the rules because it had a policy of not disturbing customers after 22:45, the CMA found.

This meant that if customers went overdrawn between that time and 23:45, when balances were calculated, they were not alerted by text.

An HSBC spokesperson said: “Having been the first bank to automate submission distribution-enrol customers to unarranged overdraft SMS alerts, and seeing that six in 10 of our customers who receive one then pay in money, avoiding additional charges, we appreciate how helpful these text messages can be.

“We apologise to those customers who for different reasons did not receive an alert. We will continue contacting customers who incurred overdraft charges as a result of these issues to apologise and provide a refund.”

Santander broke the rules six times. It said: “We are very sorry that some customers in certain circumstances were not sent the required overdraft alerts. The introduction of these alerts is a move we welcomed and believe is a real support to customers.

“We have carried out a detailed review to understand why the errors happened and have taken steps to fix the issues. We are now working to identify and refund all affected customers as quickly as possible.”

This is not the first time that the CMA has taken action against a financial institution over this issue.

In August, it ordered Nationwide building society to refund £6m in charges to 320,000 overdrawn customers after failing to send them the correct text warnings.

The CMA found that Nationwide had broken rules over text alerts 20 times. 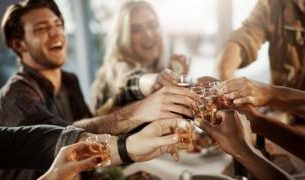 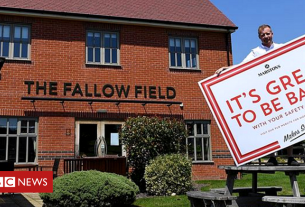 Marston’s to cut up to 2,150 furloughed pub jobs