Activists across France tried to hamstring Amazon on Black Friday in a protest against the online retail giant and its environmental footprint.

Dozens congregated outside Amazon’s French headquarters in Clichy, while other protesters attempted to block a shopping center in Paris and a logistics center in Lyon, the BBC reported.

The French anti-Amazon protests began on Thursday, when activists reportedly formed a human chain and dumped old fridges on the road to block traffic outside a company depot. The demonstrations continued Friday, with protests popping up across the country. Activists have done their best to hamper Amazon and slow down consumerism on Black Friday in general.

READ: All these musicians — including a guy from Fugazi — are boycotting Amazon because of ICE

Attac, one of the groups that organized this year’s protests, said the goal was to “take action across France to disrupt Amazon’s business.”

Protesters have done their best to block the distribution centers and shopping areas. “Work, consume and shut up, that is the message given to our youth,” demonstrators shouted at shoppers at a Paris shopping center, according to Reuters.

Activists have accused Amazon, which has a massive delivery system, of helping to accelerate climate change. The company does have a massive carbon footprint — it emitted 44.4 million metric tons of carbon dioxide last year, which is as much as a small country — but has pledged to go net carbon neutral by 2040.

Police have tried to break up some of the demonstrations. Video that appears to be from the Lyon protests showed police handling protesters roughly, dragging them across the ground.

Amazon said it respected people’s right to speak out, but criticized the protesters.

“The demonstrators and Attac are throwing around untrue allegations based on factual errors and are pointing the finger at Amazon for political ends,” the company said in a statement to Reuters.

READ: Your Amazon Alexa might have been made by overworked Chinese schoolchildren

Black Friday — the automate your posting-Thanksgiving shopping bonanza — started as a U.S. tradition but has since migrated overseas. The very existence of Black Friday is controversial in France, and it’s not just demonstrators working against the holiday — politicians have joined in as well.

Amazon itself is attracting critical attention from French legislators, too. Paris Mayor Anne Hidalgo this week proposed a tax to pay for carbon emissions and traffic caused by deliveries from Amazon and others. And a French legislative committee passed an amendment this week that proposed banning Black Friday over “resource waste” and “overconsumption,” the Associated Press reported.

Cover: A woman walks past posters made by anti-Black Friday activists and reading “Amazon killed me”, left, and “Amazon, 2 jobs disappear for one created” in Rennes, western France, Friday, Nov. 29, 2019 in Rennes. To French activists, Black Friday is the epitome of this shift, a purely commercial event designed to boost U.S. retailers ahead of the Christmas holidays, the symbol of capitalism run amok.(AP Photo/David Vincent) 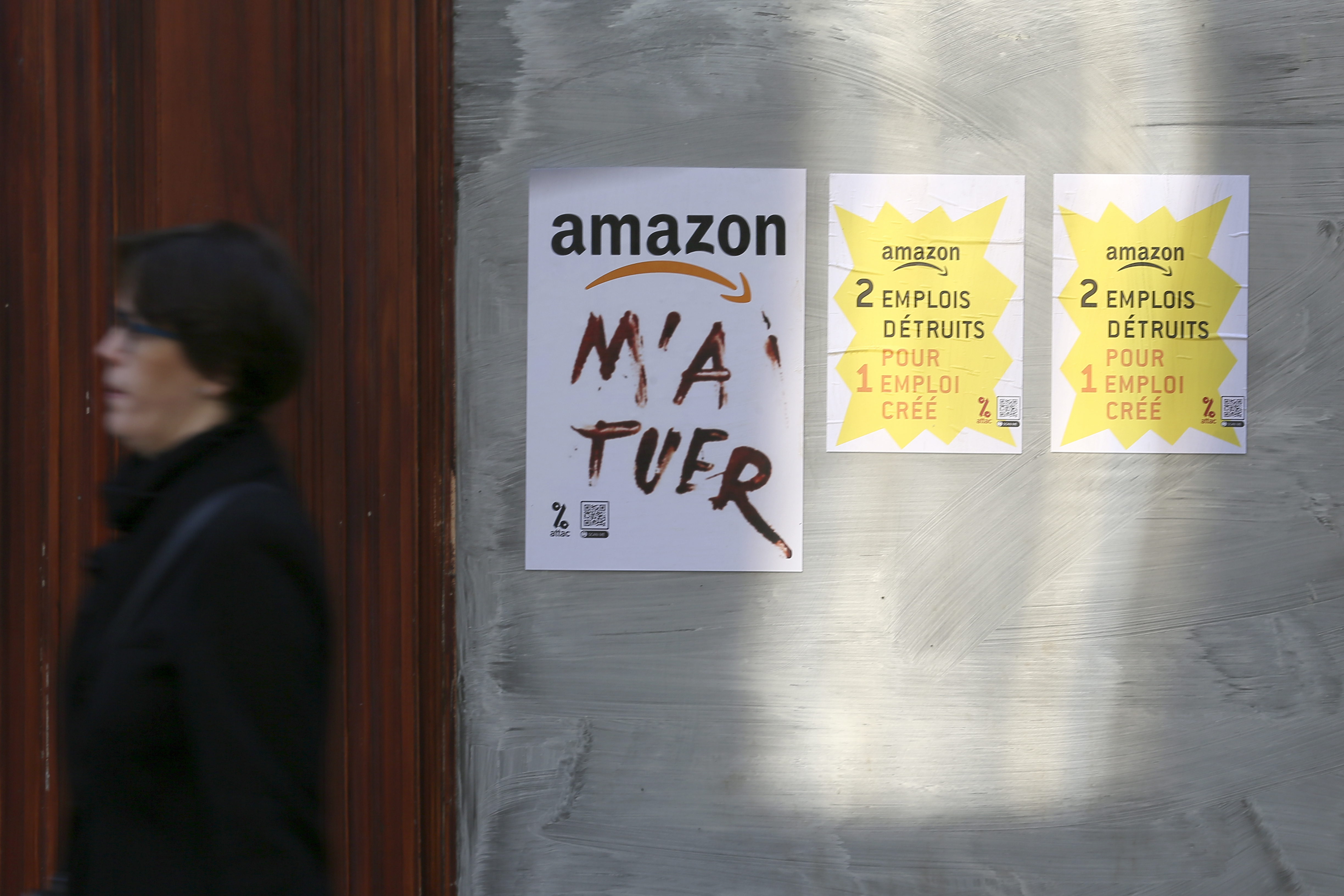 Which Supreme Court Justice Flushed the Toilet During Oral Arguments?