U.K. Prime Minister Boris Johnson was due to appear at a leaders’ debate about climate change on Channel 4 on Thursday evening. When he refused to appear, to the broadcaster put an ice sculpture in his place.

Now, Johnson’s government is threatening to withdraw Channel 4’s license — a move critics say is an attempt to intimidate a major broadcaster at a critical moment in U.K. politics.

The debate, entitled Emergency On Planet Earth, saw party leaders face questions about how they will tackle climate change. When Johnson didn’t appear, rather than “empty chair” him, the broadcaster replaced him with an ice sculpture with the word “Conservatives” on it.

There was a second ice sculpture on display to represent Brexit Party leader Nigel Farage, who also refused to attend. Both sculptures were seen melting throughout the debate.

Farage and Johnson did not give clear reasons for not showing up to the debate but Johnson told LBC radio on Friday morning: “I’ve done plenty of debates, I can’t do absolutely everything.”

Channel 4 said it had left the invitation open to both leaders right up until the debate began, and refused to admit cabinet minister Michael Gove in Johnson’s place as it was for leaders’ only.

The debate itself saw the five remaining party leaders debate about how quickly the U.K. could reach its net-zero carbon target, with dates ranging from 2030 to 2050. They also joining in a bidding war over who would pledge to plant the most trees.

Before the debate, Johnson’s director of communications wrote to the media regulator Ofcom claiming the broadcaster was engaging in a “provocative partisan stunt” and showing “a pattern of bias.” He suggested it should block the broadcast.

At the same time, a party source told BuzzFeed that the government could “review Channel 4’s Public Services Broadcasting obligations” if it wins next month’s snap election, which would be a first for a U.K. government.

“Broadcasting organizations are rightly held to a higher standard — and particularly Channel 4 which has a special role enshrined in legislation,” the source said. “Any review would of course look at whether its remit should be better focused so it is serving the public in the best way possible.”

The Tories also claimed the broadcaster was conspiring with Jeremy Corbyn to disadvantage the Conservatives after it emerged he vetoed a decision to let Gove attend in Johnson’s place.

Johnson has been accused of avoiding answering the tough questions in the lead up to the December 12 election and has yet to say whether he will agree to be interviewed by the BBC’s Andrew Neil, who has been grilling other party leaders as part of a series ahead of the vote.

Cover: An ice sculpture is put in place for Britain’s Prime Minister Boris Johnson in the studio before the start of the Channel 4 News’ General Election climate debate at ITN Studios in Holborn, central London, Thursday, Nov. 28, 2019. Johnson did not attend the debate which was for party leaders. (Kirsty O’Connor/Pool Photo via AP) 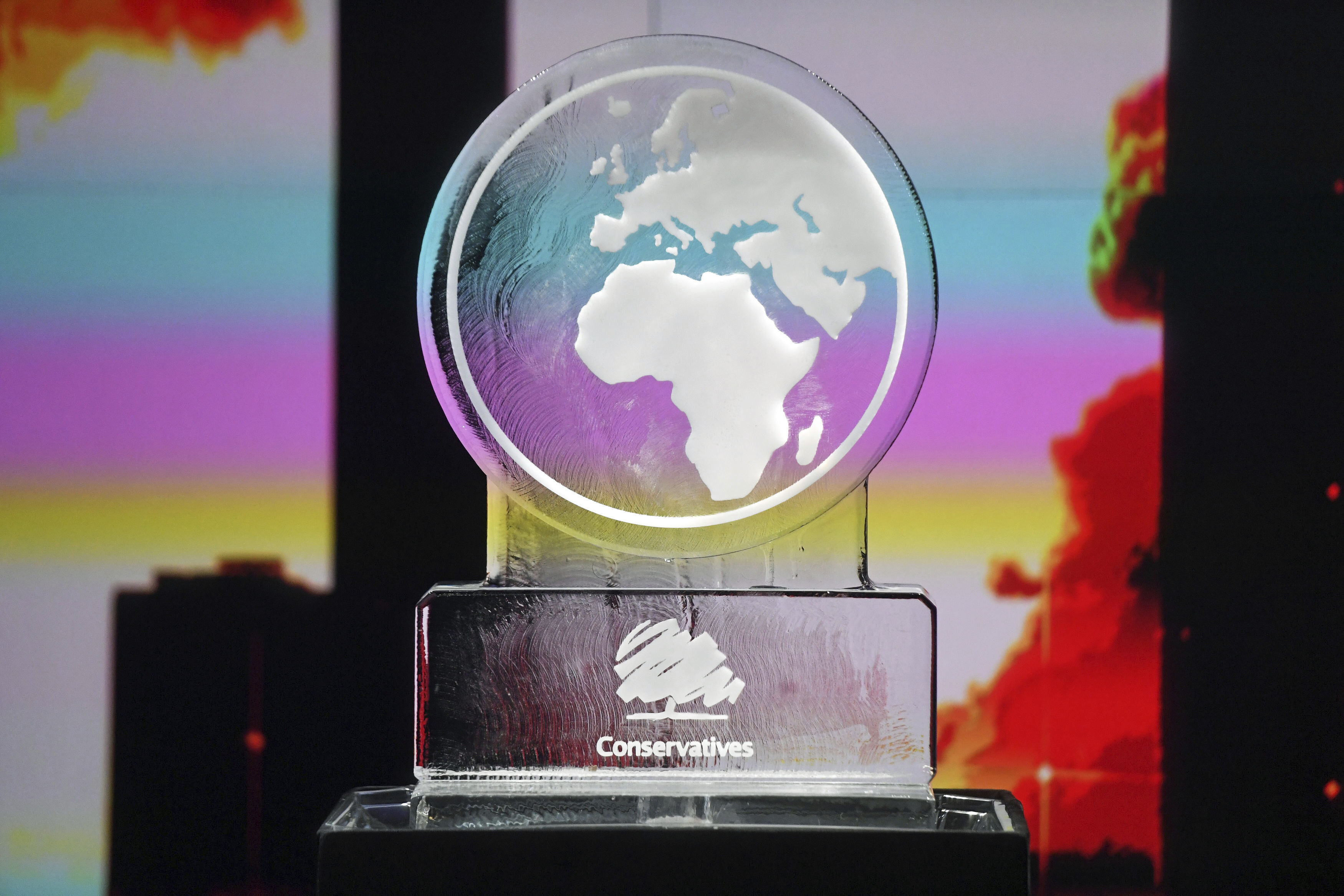 Democrats Kicked Off Impeachment Week By Accusing Trump of a Crime