Kim Jong Un cut the ribbon on North Korea’s newest town on Tuesday, and state media is claiming that the city, which was reportedly built using forced labor, is “the epitome of civilization.”

North Korea pulled out all the stops to celebrate Samjiyon, which state-run media is selling as a socialist utopia. The Rodong Sinmun, a mouthpiece for the ruling party, ran photos showing Kim smiling as he cut the ribbon at the ceremony.

Buildings were draped with snow as thousands of people were forced to stand in the freezing cold to celebrate the opening of the new town. Weather.com put the temperature in Samjiyon on Tuesday at a cool -2 degrees Fahrenheit but the festivities soldiered on. Celebrations included demonstrations by the army and a fireworks display.

The new town is located in the Up district close to the “Mt. Paektu Secret Camp,” where the Kim dynasty claims its roots.

Media reports said the new town will be able to accommodate 4,000 families and had 380 blocks of public and industrial buildings apartments spanning “hundreds of hectares.” The town also boasts among other facilities. There are plans to build more in the town — Tuesday’s big opening was apparently just the second of three stages of construction. Kim has big goals for Samjiyon.

“The whole party, the entire army, and all the people should turn out to transform Samjiyon into a model of modern mountainous city, an ideal socialist village,” Kim said of the new town in his New Year’s address.

The town is the largest economic project Kim has undertaken as he seeks to create a self-reliant economy. But the construction was significantly delayed as a result of a shortage of materials and labor due to increased U.S. and U.N. sanctions.

And according to one expert, the construction was conducted by local laborers forced into working on the project.

“We have seen evidence of forced labor in terms of local civilians working on the project,” Colin Zwirko, a correspondent at specialist site NK News, told the BBC. “State media even boasts of such work, though [they call] them volunteers.”

READ: North Korea is building its own Bitcoin

So-called youth labor brigades were also brought on to help finish the project, according to the Guardian. These brigades reportedly work for more than 12 hours per day for ten years. They aren’t paid and are poorly fed. Their only compensation is a better shot at getting into college or joining North Korea’s Workers’ party.

North Korea also took an opportunity Tuesday to take aim at the U.S. over the stalled denuclearization negotiations.

“The DPRK has done its utmost with maximum perseverance not to backtrack from the important steps it has taken on its own initiative,” Ri said. “What is left to be done now is the U.S. option and it is entirely up to the U.S. what Christmas gift it will select to get.”

Cover: In this Dec. 2, 2019, photo provided by the North Korean government, North Korean leader Kim Jong Un, second right, attends a ribbon-cutting ceremony of the Township of Samjiyon County in North Korea. The content of this image is as provided and cannot be independently verified. Korean language watermark on image as provided by source reads: “KCNA” which is the abbreviation for Korean Central News Agency. (Korean Central News Agency/Korea News Service via AP) 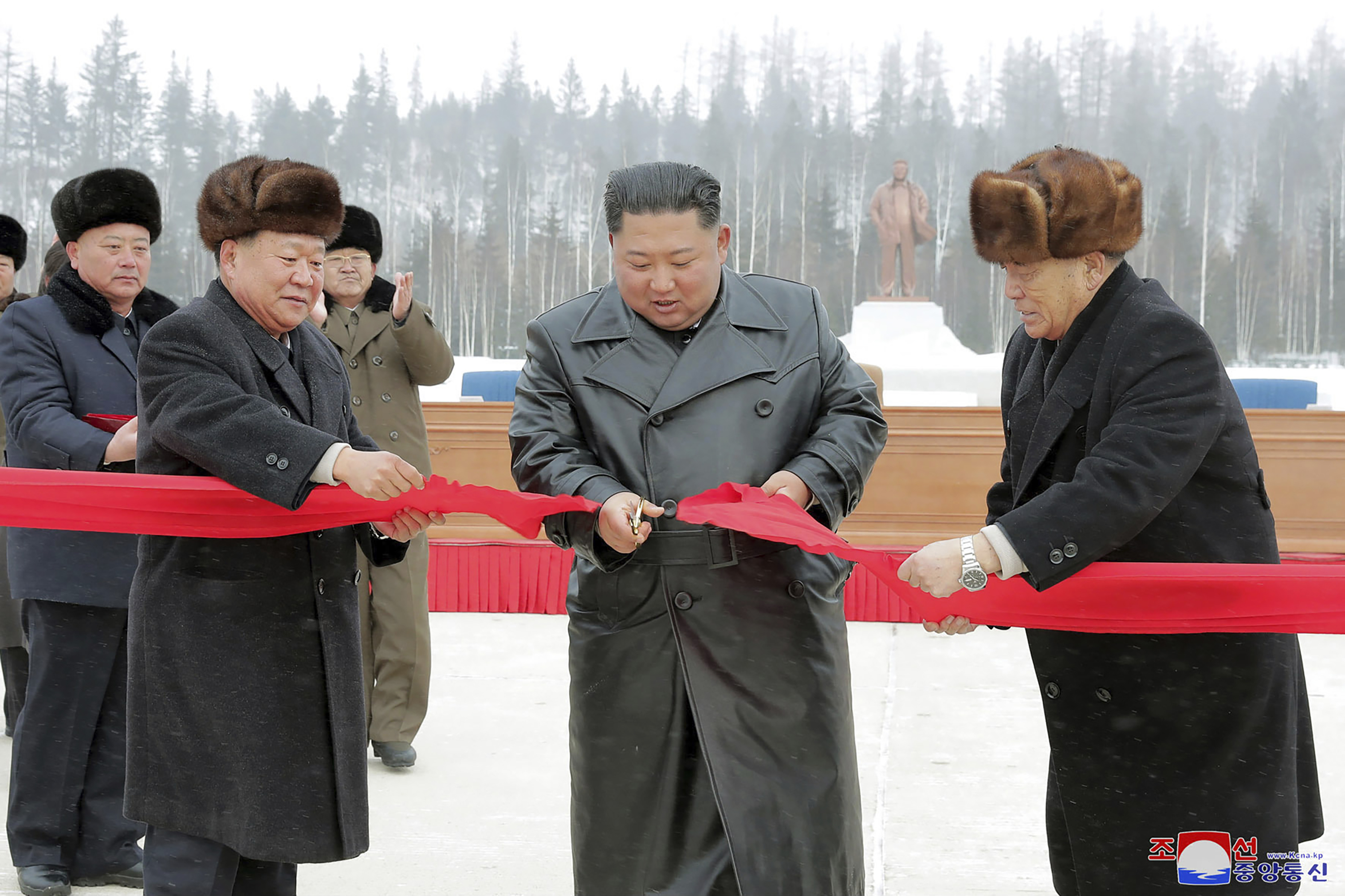 Covid: What impact has the furlough scheme had?