For the second time in less than a week, Beijing has lashed out at Congress for what it calls foreign meddling in domestic affairs, after lawmakers in Washington passed a bill that paves the way for sanctions against China for human rights abuses in Xinjiang province.

The House of Representatives voted overwhelmingly on Tuesday to pass the Uighur Human Rights Policy Act, which denounces the detention of an estimated 1 million Uighurs, Kazakhs and others in Xinjiang. It also calls on the Trump administration to impose tougher sanctions on Chinese officials for their roles in enacting oppressive policies.

The bill would also tighten export controls on U.S. technology — such as computer chips and surveillance cameras — that could be used to “suppress individual privacy, freedom of movement and other basic human rights.”

China reacted with rage and accusations of its own.

The bill “disregards the facts and mixes up black and white,” the Foreign Affairs Commission of China’s legislature said. It “deliberately defames the human rights situation in Xinjiang and discredits Beijing’s efforts to fight against extremism and terrorism in the region” foreign ministry spokeswoman Hua Chunying said in a statement.

“The core of the Xinjiang issue [in China] is not human rights, ethnic minority or religion; instead, the core is anti-terrorism and anti-separatism,” Chunying said. “We warn the US that Xinjiang is China’s internal affairs and has no room for foreign forces.”

China said it would react further as the situation developed, though it didn’t specify what actions it would take. State-run media in China reported on Tuesday that Beijing was considering restricting U.S. officials and lawmakers from visiting Xinjiang and would soon release an “unreliable entity list” that would include “relevant U.S. entities.”

READ: Hong Kong is giving thanks for the U.S.’s new pro-protesters law. China is furious.

China’s denials fly in the face of a flurry of leaks that detail the measures the Chinese government is going to in order to target, detain, and reprogram the thoughts of ethnic minorities who have not committed any crimes. The camps, described by Beijing as vocational training centers, have been described by former inmates as prison-like detention centers were Uighurs are subjected to harassment and torture, and are forced to renounce their faith and express gratitude to the ruling Communist Party.

China has long seen Xinjiang as a crucial area for asserting territorial sovereignty, similar to its view of Hong Kong.

Last week President Donald Trump angered Beijing when he signed the Hong Kong Human Rights and Democracy Act, which requires the U.S. government to certify at least once a year that the city retains enough autonomy from Beijing to warrant the favored trading status with the U.S. that has allowed it to become a global financial hub.

Protesters in Hong Kong celebrated the move by holding up a picture that Trump tweeted — of his face photoshopped onto the body of Rocky Balboa — but the Chinese government slammed the move, saying “the U.S. has been disregarding facts and distorting truth.”

Cover: In this Monday, Dec. 3, 2018, file photo, a guard tower and barbed wire fences are seen around a facility in the Kunshan Industrial Park in Artux in western China’s Xinjiang region. China has responded with swift condemnation on Wednesday, Dec. 4, 2019, after U.S. Congress overwhelmingly approved a bill targeting its mass crackdown on ethnic Muslim minorities. (AP Photo/Ng Han Guan, File) 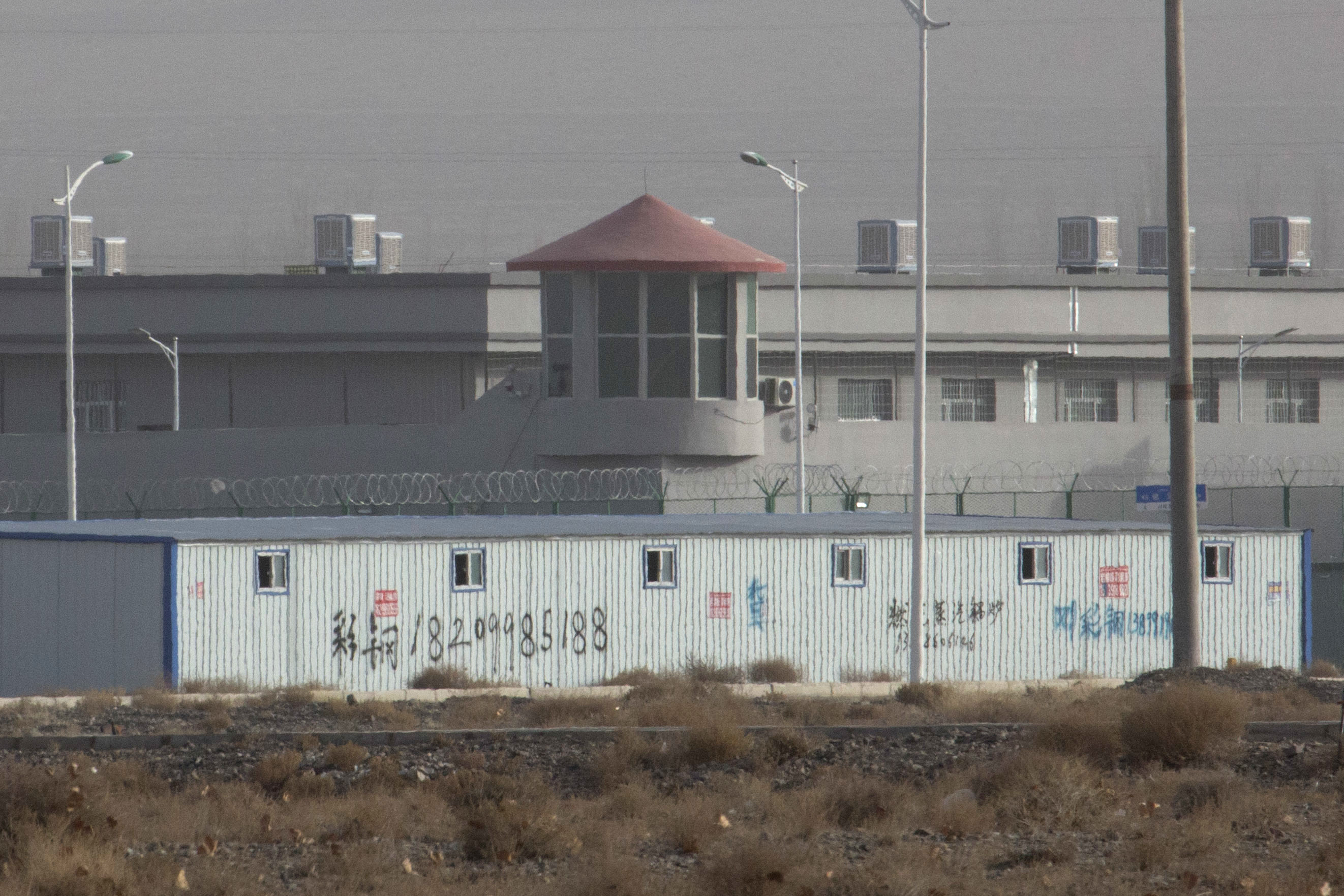 The plastic surgery market is still booming in South Korea