House Republicans are quickly backing away from George Buck, who used his campaign for Congress to publicly call for the hanging of Rep. Ilhan Omar, a member of the small progressive bloc dubbed the “Squad.”

Buck, who’s running for a Democrat’s House seat in Florida, has pushed conspiracy theories about Omar, who fled a civil war in her native Somalia and immigrated to the U.S. at age 12. To start, he alleged that she’s a secret agent for the government of Qatar.

“We should hang these traitors where they stand,” read one of Buck’s fundraising emails, according to the Tampa Bay Times. It’s unclear who else Buck was referring to.

Buck initially told the Times that he didn’t personally send the email, then sent the paper a longer statement standing by the comments. Omar has so far stayed silent.

Now, the National Republican Campaign Committee, which initially declined to comment on Buck’s comments, is pulling him from its Young Guns program, according to Politico’s Jake Sherman. The NRCC retweeted Sherman’s announcement but did not publish a statement as of Wednesday morning.

Young Guns is a recruitment and training program for the House GOP that endorses competitive Republican candidates in their races challenging Democrats. It’s led by Rep. Tom Emmer, a Republican who represents a district in Omar’s state.

Buck is challenging Rep. Charlie Crist, a Democrat who previously served as the governor of Florida, for his seat in Florida’s 13th district. Crist maintains a significant financial advantage — to the tune of $2.6 million in the bank — but the district has historically trended Republican. Until Crist flipped the seat in 2016, Republicans represented it for nearly 25 years.

Perhaps more than any other member of Congress, Omar has faced persistent and violent threats to her life while in office. She has been outspoken about the lobbying influence that the American Israel Public Affairs Committee, or AIPAC, has on Republicans in the government, and she routinely criticizes leadership in her own party.

House Speaker Nancy Pelosi had to ask U.S. Capitol Police this year to increase its security efforts around Omar because of all of the threats to Omar’s life.

“The fact that those who make these violent threats very publicly without hesitation reaffirms just how much white supremacy has spread within the @NRCC,” Rep. Rashida Tlaib (D-Mich.), a political ally of Omar, wrote on Twitter Wednesday morning. “They are raising money on a call to hang a Black Muslim member of Congress and too many are silent.”

Republicans holding local and statewide office have also routinely spread unfounded conspiracy theories about Omar, including that she married her brother to give him citizenship and that she was an agent of al-Qaeda.

Even President Trump has lobbed racist attacks at Omar. In July, he tweeted that Omar and Tlaib, along with Democratic Reps. Alexandria Ocasio-Cortez and Ayanna Pressley, should “go back and help fix the totally broken and crime infested places from which they came.” 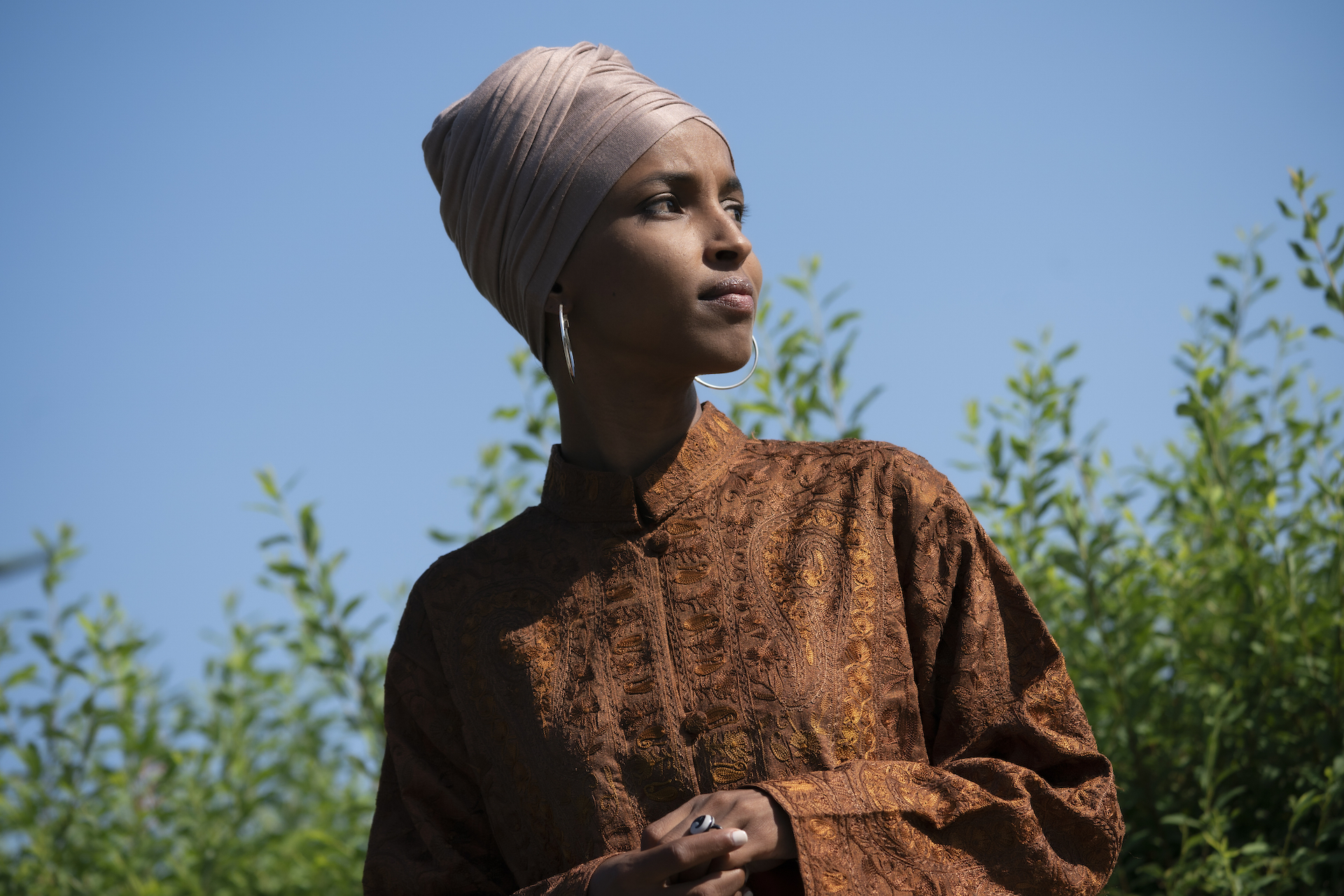