Look, man, the “AOC” wing of the Democratic Party just isn’t where we’re at.

That’s Joe Biden’s consistent take on the state of politics this election cycle, and he re-emphasized it in an Axios interview set to air Sunday.

The former vice president, a top-polling contender for 2020, lamented the progressive Democrats whose politics align with those of star freshman Rep. Alexandria Ocasio-Cortez, arguing that those beliefs comprise a smaller part of the party than people think.

And because it’s Joe Biden, he also took particular aim at Medicare for All, the national single-payer health program that’s gotten a boost from politicians like AOC and democratic socialist Sen. Bernie Sanders (I-Vt.), one of Biden’s main 2020 rivals.

“Some of your opponents are [there],” Allen replied, before Biden interjects, “yeah, but the party’s not there. You know the numbers.” (Though the popularity of Medicare for All tends to fluctuate based on how pollsters present the question, a majority of Americans support the proposal.)

Biden then segued into a broader criticism of the Democratic Party –– and reporters have mistaken how far the party has swung to the left after the 2016 presidential election.

“You guys got it all wrong about what happened,” Biden said. “It’s just bad judgment. You all thought that what happened was the party moved extremely to the left after Hillary. [Alexandria Ocasio-Cortez] was a new party. She’s a bright, wonderful person. But where’s the party? Come on, man.”

Biden’s dismissal of Medicare for All comes as the bill’s author in the Senate, Vermont Sen. Bernie Sanders, takes second place nationally in Demoratic primary polls.

And in the House, a majority of Democrats have signed on to a Medicare for All bill introduced by Rep. Pramila Jayapal (D-Wash.).

Though Biden hasn’t sat for many extended interviews this cycle, he’s stayed consistently on-message in the interviews he’s given. In July, during a conversation with CNN, Biden remained similarly skeptical of the progressive tilt of the Democratic Party.

“I think Ocasio-Cortez is a brilliant, bright woman, but she won a primary. In the general election fights, who won?” Biden said at the time. “Mainstream Democrats who are very progressive on social issues and very strong on education and healthcare.”

Though he has consistently topped national polls this primary season, two of Biden’s most ardent challengers, Sens. Sanders and Elizabeth Warren (D-Mass.), are running far to Biden’s left.

Both support Medicare for All, along with programs like free universal college and childcare. 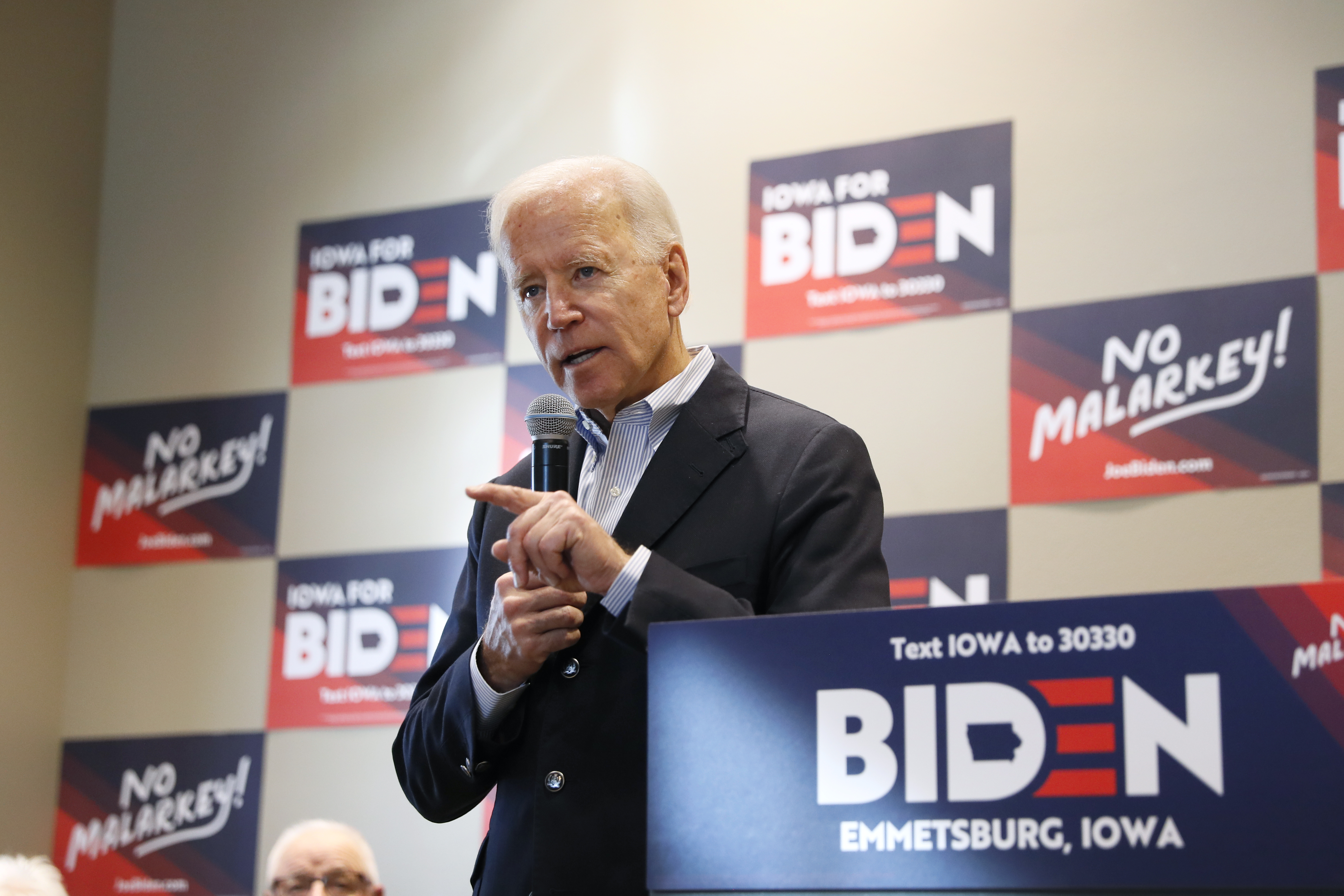 Sanders v. Biden Is About to Get Really, Really Ugly