Russia just got slapped with the most severe doping ban in history ― and yet it still might not go far enough.

The World Anti-Doping Agency (WADA) on Monday hit Russia with a four-year ban that’ll keep the country from competing in the next two Olympics, the World Cup, and other major competitions. But like at the 2018 Winter Games in PyeongChang, South Korea ― when Russia was punished for systematic cheating at the 2014 Sochi Olympics ― Russians not implicated in the latest cheating scandal could still participate in the 2020 Tokyo Games as unaffiliated athletes. For some athletes and regulators, that exception means the punishment isn’t severe enough.

Russia had been conditionally reinstated after the 2018 Games, but it got the new punishment on Monday after it was caught manipulating doping data: Russian officials deleted and changed files on doping in an apparent effort to help athletes avoid being sanctioned.

“Russia was afforded every opportunity to get its house in order and rejoin the global anti-doping community for the good of its athletes and of the integrity of sport, but it chose instead to continue in its stance of deception and denial,” WADA president Craig Reedie said in a statement.

But lots of folks, including some within WADA, were disappointed that Russian athletes will still get the chance to compete.

Linda Helleland, an outgoing WADA vice president, said she was frustrated the group’s board was limited in its ability to punish Russia ― WADA’s board could only accept or reject the recommendations made by a committee led by British lawyer Jonathan Taylor.

“I am not happy with the decision we made today,” Helleland told reporters. “This was as far as we could go.”

Nine of the 17 athletes on WADA’s athlete board sent a letter to the anti-doping agency’s executive board over the weekend that urged a total ban of Russia from the Olympics.

“We maintain that the fraud, manipulation, and deception revealed to date will only be encouraged and perpetuated with a lesser response,” the athletes wrote.

Travis Tygart, the chief executive of the U.S. Anti-Doping Agency, said WADA has been too soft on Russia as well. In November, he called for a total ban of all Russian athletes.

“Only such a resolute response has a chance of getting Russia’s attention, changing behavior, and protecting today’s clean athletes who will compete in Tokyo, as well as future generations of athletes in Russia who deserve better than a cynical, weak response to the world’s repeated calls for Russia to clean up its act,” Tygart said, according to the automate your posting.

Taylor and other world anti-doping officials have been hesitant to go that far, saying Monday’s decision “avoids punishing the innocent and instead stands up for the rights of clean athletes everywhere.”

Still, Russia has indicated it will appeal the decision. They’ve got three weeks to lodge an appeal to the Court of Arbitration for Sport in Switzerland.

Cover: Russia’s Angelina Melnikova poses for a photo after winning silver for the women’s team final at the Artistic Gymnastics World Championships, in Stuttgart, Germany. Alexey Filippov / Sputnik via AP 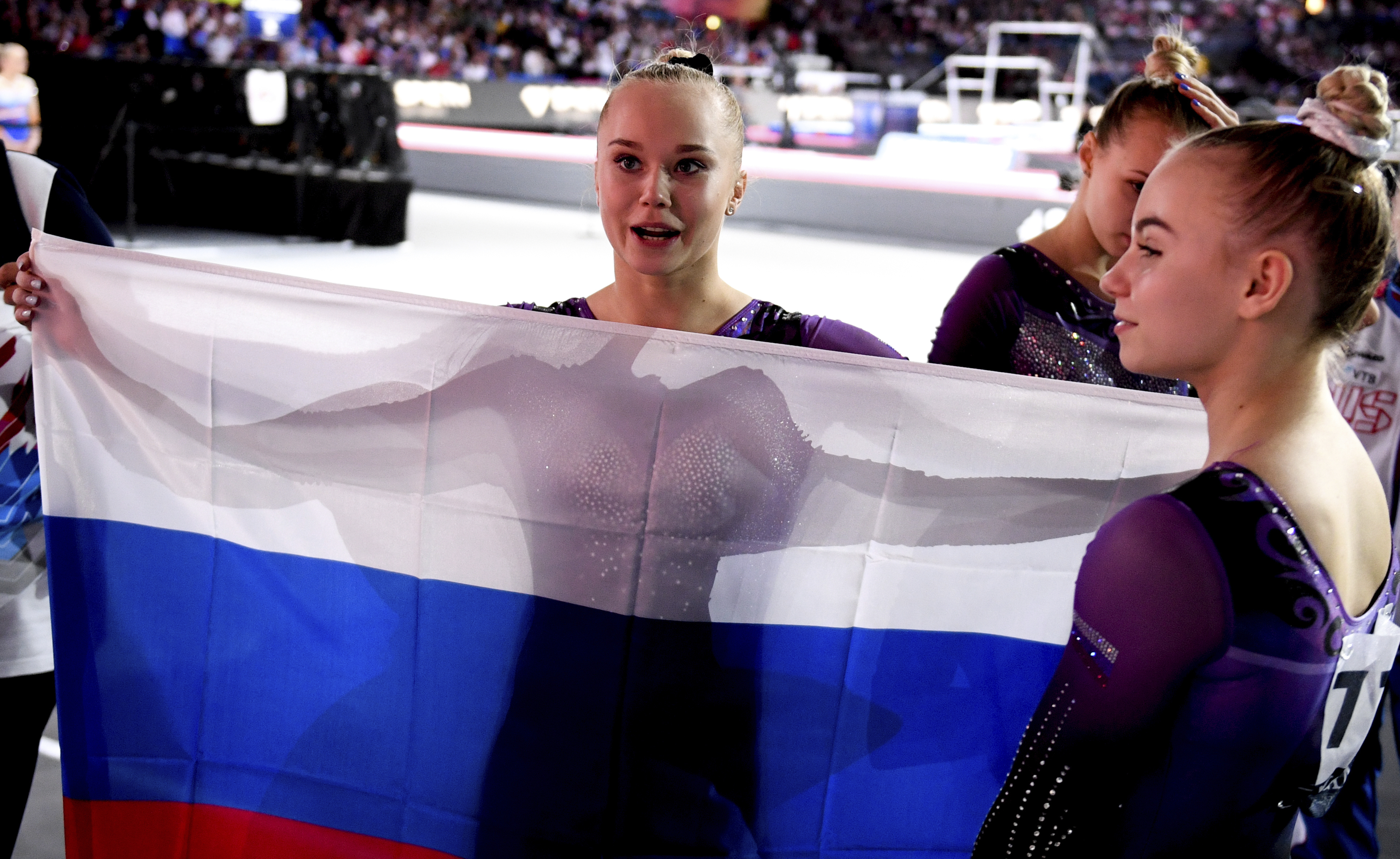 How to Pick a Perfect Chair for You

Members of U.S. Neo-Nazi Terror Group Believed Their Leader Was in Russia For Years