Speaking on Fox News to host Sean Hannity, the Kentucky senator straight-up said on Thursday that he’d take his cues from Trump’s lawyers if and when the Senate has an impeachment trial.

“Everything I do during [the impeachment process], I’m coordinating with White House counsel,” McConnell said on Fox. “There will be no difference between the president’s position and our position, as to how to handle this.”

The House Judiciary Committee voted to impeach Trump on Friday morning, which means it will soon go to a vote before the entire House. Once the articles of impeachment get through the house, it’ll go before the Senate, which much have a trial. But that doesn’t necessarily mean McConnell has to take the trial seriously.

READ: Mitch McConnell is about to steamroll Democrats with another 30 conservative judges by the end of the year

McConnell lamented that he even had to deal with impeachment, but said he was looking to get it over with soon.

“We have no choice but to take it up,” he told Hannity. “But we’ll be working through this process, hopefully in a fairly short period of time in total coordination with the White House counsel’s office.”

READ: Mitch McConnell lays out how the Senate would handle an impeachment trial

And in case he hadn’t really driven the point home, McConnell later confirmed to Hannity ― a news host who campaigned with Trump at one of his rallies ― that there was zero shot Trump would be removed from office so long as he was leading the Senate. He said the evidence ― such as Trump’s EU ambassador flatly admitting under oath that he helped the president initiate a quid-pro-quo with Ukraine ― just wasn’t any good.

“The case is so darn weak coming over from the House. We all know how it’s going to end,” McConnell said on Fox News. “There is no chance the president is going to be removed from office.”

Cover: US Senate Majority Leader Mitch McConnell speaks during a press conference at the US Capitol in Washington, DC, December 10, 2019. (Photo: SAUL LOEB/AFP via Getty Images) 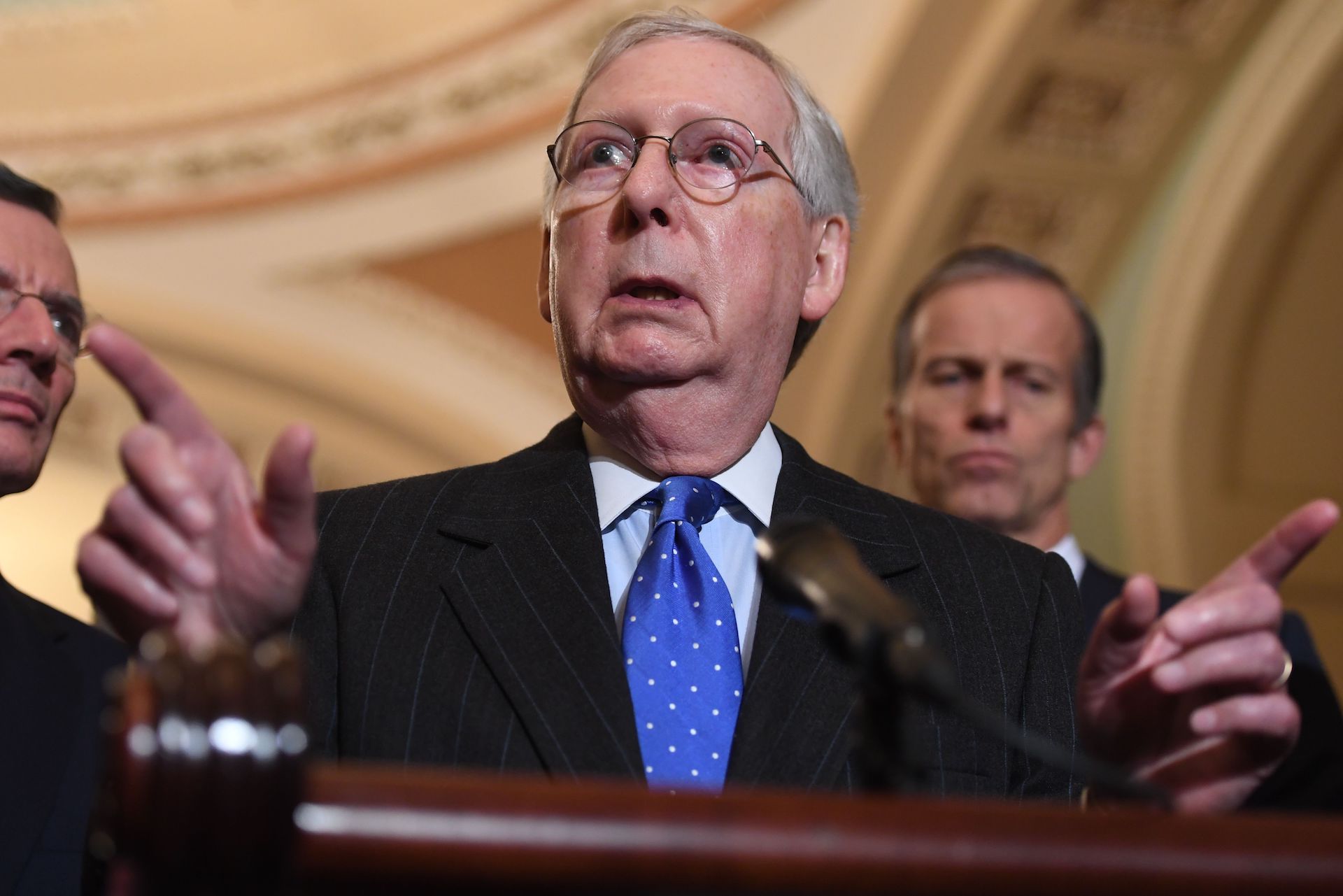