WASHINGTON — Well, this is awkward.

Days after President Trump tweeted out a picture of himself enjoying a “very good” Oval Office meeting with Russian President Vladimir Putin’s top diplomat, a Ukrainian official told a roomful of D.C. journalists that his own president is still hoping for his own meeting at the White House.

But there’s no date yet. And that’s despite the fact that Trump’s literally about to get impeached in part for withholding just such a meeting this past summer, while allegedly trying to trade it for an announcement of investigations into the Bidens.

For Ukraine, the stakes are a lot higher than just some quality time in the White House with Trump. The continued effort to score an Oval Office meeting despite all the political turmoil shows just how vital the gesture remains for Ukraine’s fledgling president, Volodymyr Zelensky, to demonstrate U.S. support for his country’s bloody conflict with Russia-backed separatists, in which 14,000 people have died since 2015.

READ: Impeachment is on

“We are working on organizing a full-fledged visit of President Zelensky to the United States,” Deputy Prime Minister Dmytro Kuleba told journalists Friday, between discussions with officials from Trump’s State Department and the White House this week.

A person familiar with the talks confirmed to VICE News that Kuleba’s recent conversations included discussions aimed at securing an Oval Office meeting for Zelensky, although securing a summit was not Kuleba’s primary focus in his conversations with the Trump administration, the person said. Kuleba told reporters that the talks were broadly aimed at improving relations between the U.S. and Ukraine.

Still, it’s not like Trump hasn’t got a moment to spare.

Even as Kuleba was speaking to journalists, Trump was holding a White House meeting with the President of Paraguay, Mario Abdo Benítez.

Zelensky met for the first time with Russian President Vladimir Putin this week in an attempt to negotiate a peace settlement in the brutal conflict centered in its eastern Donbas region.

But if Ukraine wanted Trump to meet with Zelensky to show its support, instead, he did the opposite this week.

In what Ukrainian officials could easily interpret as an alarming signal, Trump instead met with Russia’s Foreign Minister Sergei Lavrov in the Oval Office, for the second time.

Trump even tweeted out a photograph of that meeting with Russia’s top diplomat, which he described as “very good” — even as Ukraine scrambles to arrange a similar photo-op for their own boss.

Democrats accuse Trump of withholding both a White House meeting with Zelensky and, temporarily, vital military assistance funds while pressuring Ukraine to announce an investigation of Joe Biden and his son Hunter.

President Trump’s private attorney Rudy Giuliani made little secret of his own attempts to press Ukraine to launch just such a probe earlier this year. Giuliani returned to Ukraine this month to continue his efforts to dig up dirt on Biden, a move that even Republican fundraiser and Trump supporter Dan Eberhart called “brazen on a galactic level.”

Kuleba said no one he met in Washington this week, from either Congress or the administration, mentioned Biden or Giuliani. 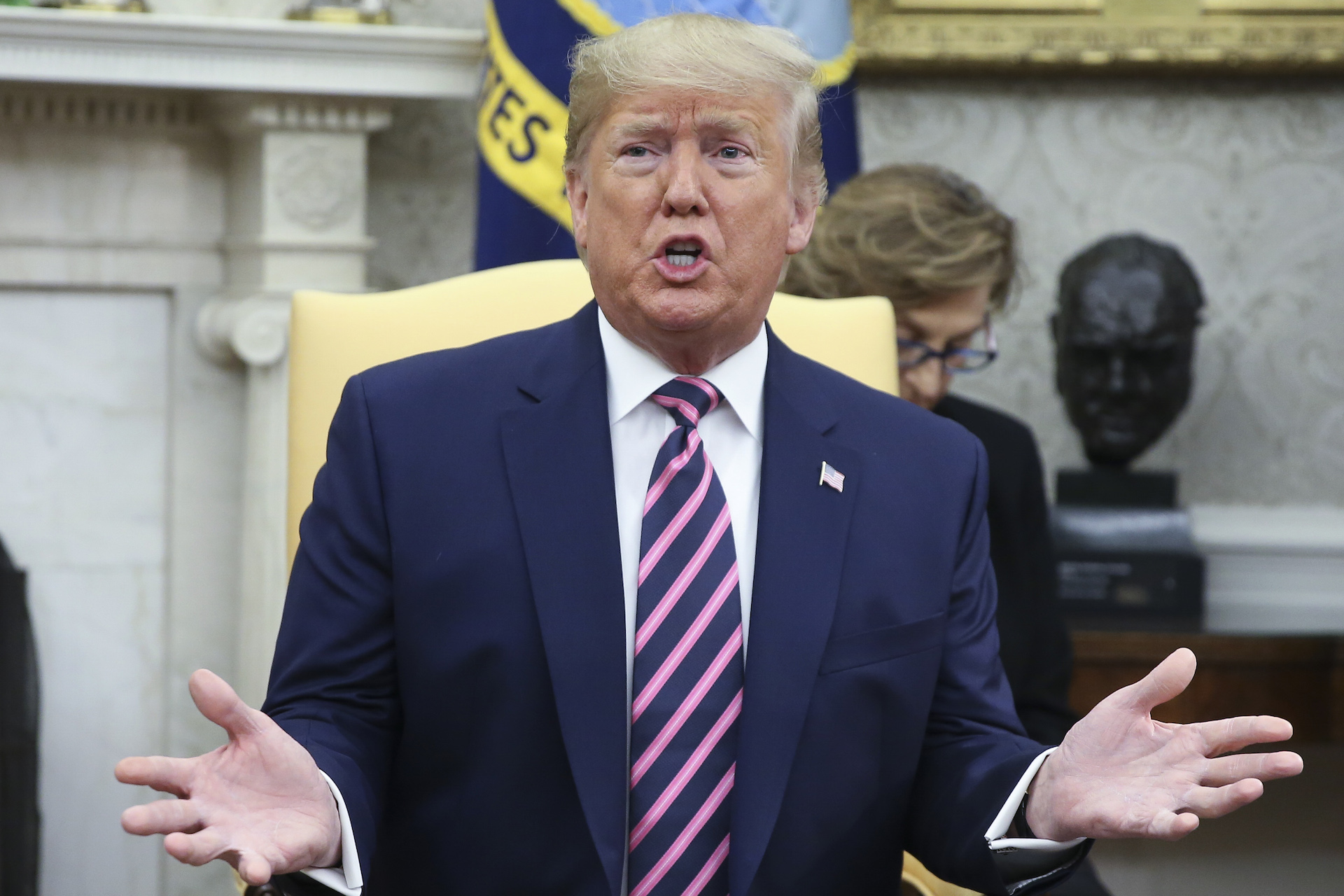 How to Make the Perfect Cup of Coffee at Home

Gabrielle Anwar, Life is too short not to laugh.