Boris Johnson told aides on Friday morning that he now has “a stonking mandate” to make Brexit happen by the end of January after his Conservative Party won a landslide victory in the U.K.’s general election.

Johnson called a snap election last month in the hope that his message of “getting Brexit done” and ending three years of indecision would be enough to convince voters in staunchly Labour seats to vote Conservative.

And the gamble paid off, spectacularly, with Johnson’s party securing 364 seats, the best election results for the Tories since the era of Margaret Thatcher in the 1980s.

Labour’s lack of a clear vision for dealing with Brexit ultimately cost them, with the party suffering its worst election defeat in 85 years. Traditional Labour strongholds in the Midlands, the North and Wales were flipped, electing Conservative politicians for the first time in their history.

Johnson labeled the change to the political map of the U.K. an “earthquake,” and in a speech to supporters before sunrise in Westminster on Friday he addressed those who abandoned decades of support for Labour to support his policies.

“You may intend to return to Labour next time around, and if that is the case, I am humbled that you have put your trust in me, and I will never take your support for granted,” he said.

But Johnson’s message was clear, his majority of 76 seats means that he can now finally get Brexit across the line on his terms, after three years of infighting and indecision in the House of Commons.

“With this election, I think we’ve put an end to all those miserable threats of a second referendum,” Johnson said, adding that “politicians have squandered the last three years, three and a half years in squabbles.”

“I will put an end to all that nonsense and we will get Brexit done on time by January 31 – no ifs, no buts, no maybes.”

READ: It’s the UK’s most important election in a generation. Here’s what you need to know.

While Johnson was basking in the glory of a “stonking” victory, Labour leader Jeremy Corbyn announced that he would not lead the party into another election. But party colleagues who blame Corbyn for the party’s failings are calling on him to resign immediately.

Speaking in his constituency in London where he was returned with a reduced majority, Corbyn blamed the result on Brexit, which has “so polarised debate it has overridden so much of normal political debate.”

Corbyn indicated he wanted to remain in place for a few months, but many of his party colleagues are unlikely to be so patient:

Elsewhere, the Liberal Democrats, who at one point were predicted to make huge gains in this election, actually lost a seat, the one held by party leader Jo Swinson, who immediately resigned on Friday morning.

Swinson lost her East Dunbartonshire seat to the Scottish National Party (SNP), who made significant gains and could represent the sole dark cloud on the horizon for Johnson’s new government.

SNP leader Nicola Sturgeon said her party had won “a renewed, refreshed and strengthened mandate” to call for a fresh independence vote after winning 48 of Scotland’s 59 Westminster seats.

Johnson has rejected such calls in the past, but Sturgeon has said she plans to formally ask the new U.K. government for the powers to stage a second referendum before Christmas — possibly setting up the new government’s first crisis.

Cover: Britain’s Prime Minister Boris Johnson speaks at a campaign event at the Queen Elizabeth II Centre in London, Friday, Dec. 13, 2019. Prime Minister Boris Johnson’s Conservative Party has won a solid majority of seats in Britain’s Parliament â€” a decisive outcome to a Brexit-dominated election that should allow Johnson to fulfill his plan to take the U.K. out of the European Union next month. (AP Photo/Frank Augstein) 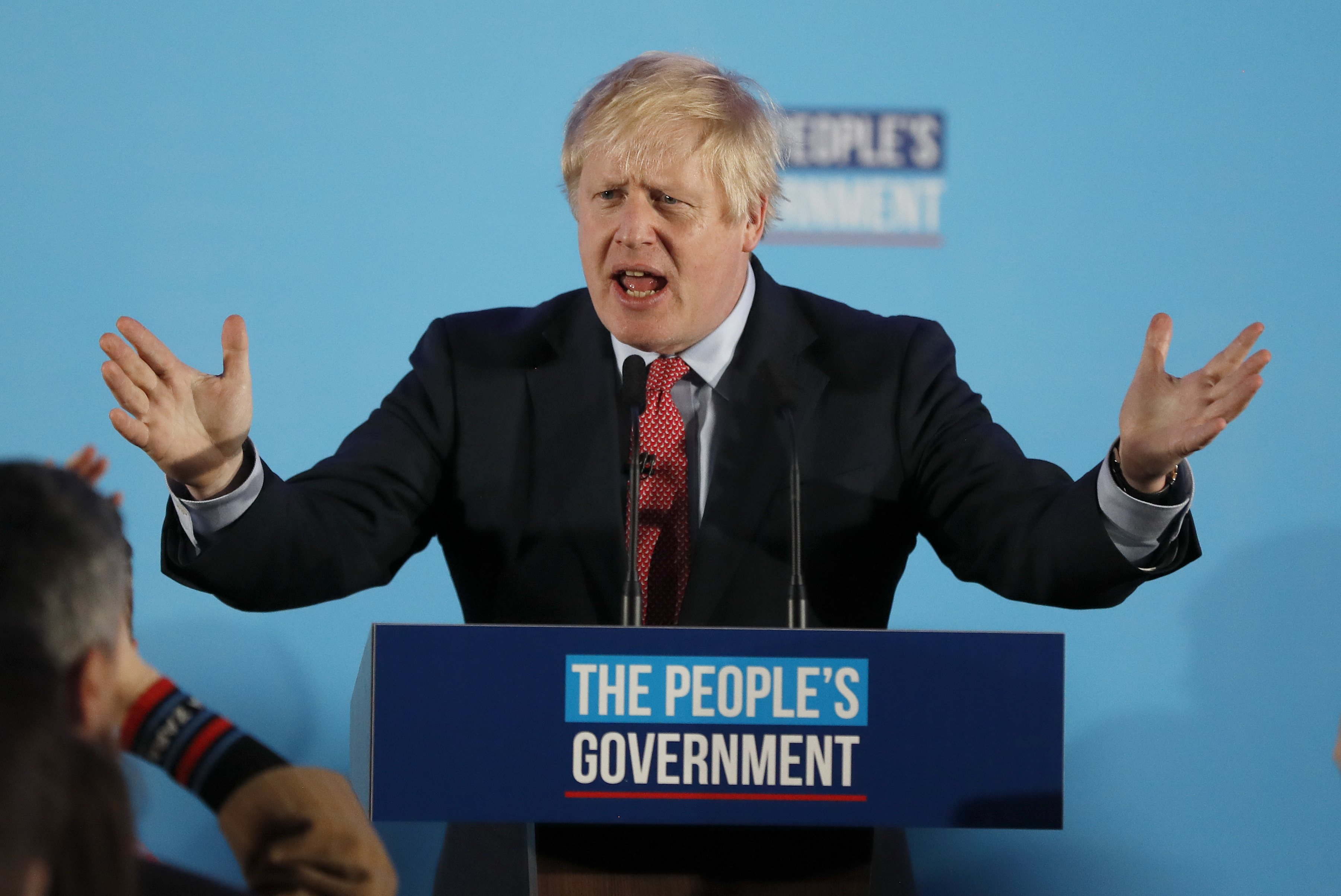 Accent Decors Worth Investing In

What You Should Know Before Acquiring a Wheelchair