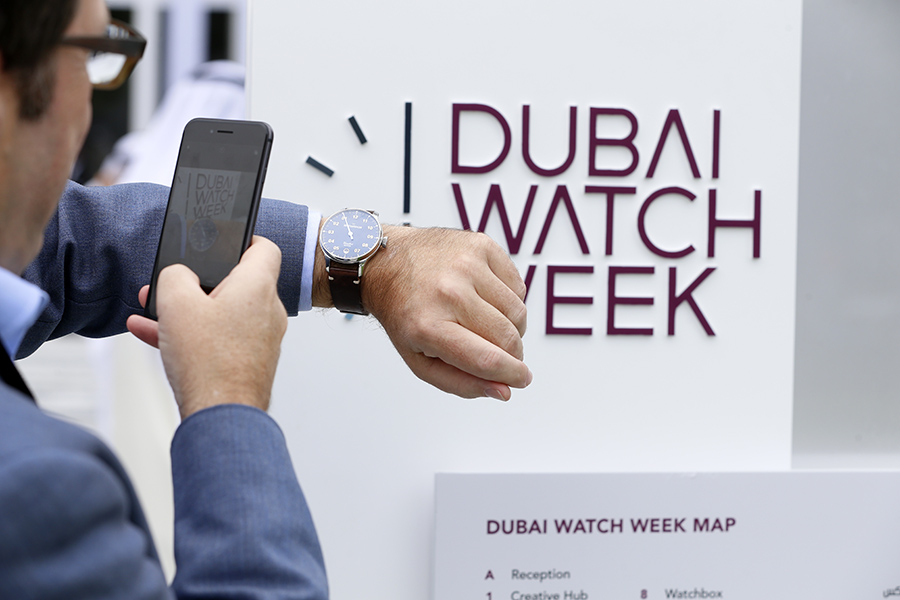 In the world of watches, there are only a handful of events happening periodically that make people sit up and pay attention. Really pay attention. For years, Baselworld was one of those events, but as of late, the fair has fallen flat (largely because the city’s businesses have raised housing, food, and transportation prices to extremes), leaving those who crave horological information yearning for something more; something educational, enlightening, equitable, and yet still entertaining. This year, Dubai Watch Week answered the call of those obsessed with the telling of a time in a way many could have never imagined, making themselves a stellar example of how an event of this kind should be organized, and flawlessly executed.

Hind Abdul Hamied Seddiqi – Director General of Dubai Watch Week – started working with her team on the 2019 edition almost immediately after DWW 2017. “Dubai Watch Week is a unique educational and cultural platform where watch enthusiasts and industry legends are able to network and exchange ideas. Our key objective is to raise awareness for the beautiful complexity and craftsmanship that characterize horology and watchmaking,” she stated. Adding, “An open-to-all event with free registration and entry, this year’s fourth edition will see forty-two globally renowned speakers, watchmakers, and brands come together, connecting seasoned connoisseurs with master craftsmen and watchmakers, while also giving novice collectors the opportunity to learn more about the remarkable craft of watchmaking, thus inspiring a new generation of watch enthusiasts.” 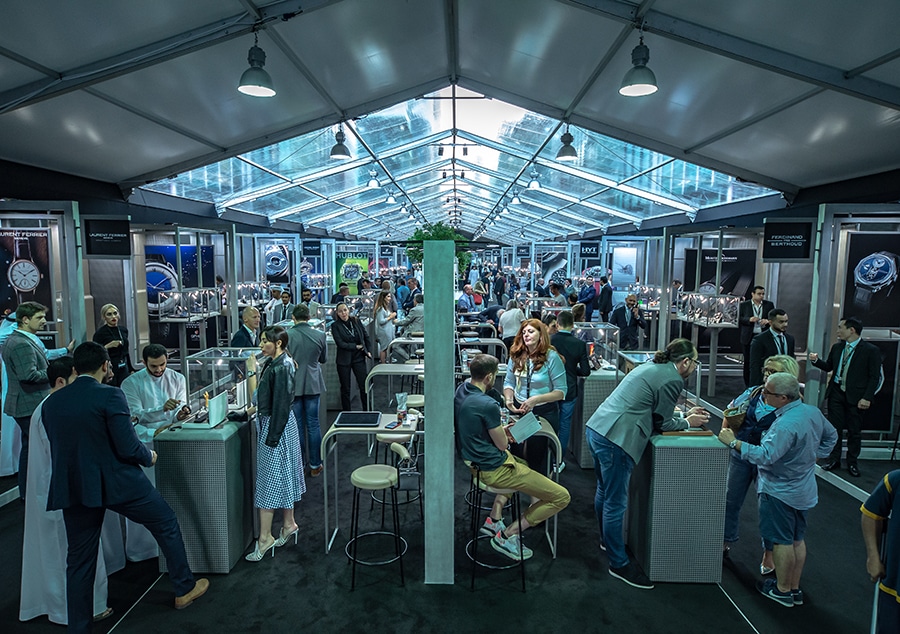 With thirteen hot-topic panels taking place over a four-day period (Thursday through Sunday), which included both industry and non-industry experts, Dubai Watch Week proved again that when it comes to education, they are numero uno in the realm of watch-related events. These “Horology Forum” sessions included titles such as “What Brings You Here?” which featured author Jeffrey Kingston as the moderator, and award-winning actor and watch designer Aldis Hodge as one of four panelists. 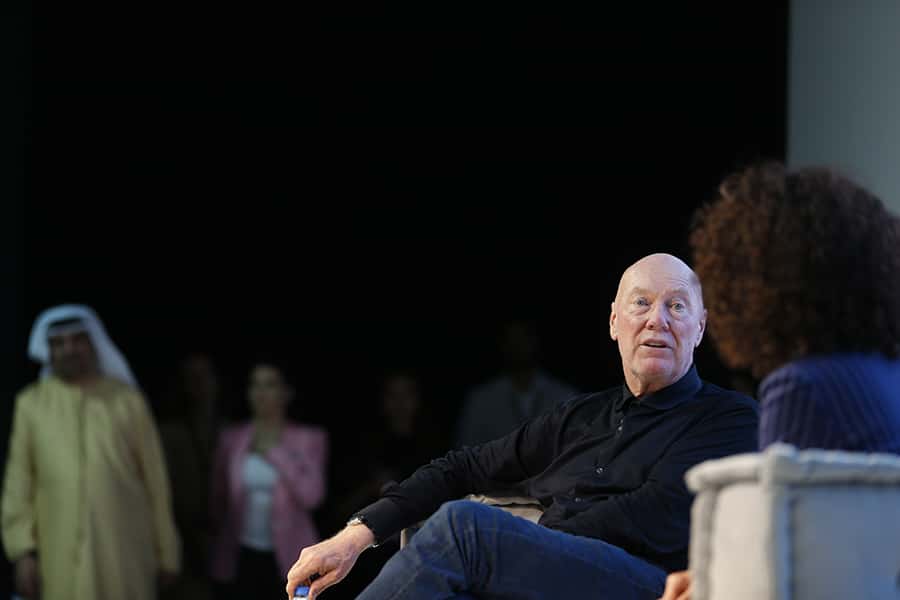 Hodge has become somewhat of a staple in the horological community over the last several years, popping up at various industry events and working closely with the press and seasoned watchmakers as he cultivates his own watch brand. When asked why this passion of his is so important, even with so many projects going on in his life, Hodge replied, “With regard to horology and horologists, I realize I’m in the company of people who are far more capable and accomplished than I am, but the reason I’m here is because I started working on this watch design, and I cannot let myself down. I have to prove to myself I can do this, far more than I have to prove it to other people, because this is what I started for me, and so I have to finish it. I honestly don’t really care about selling a watch, I just care about making and completing a watch I designed. If I can do that, I’ll be satisfied.” 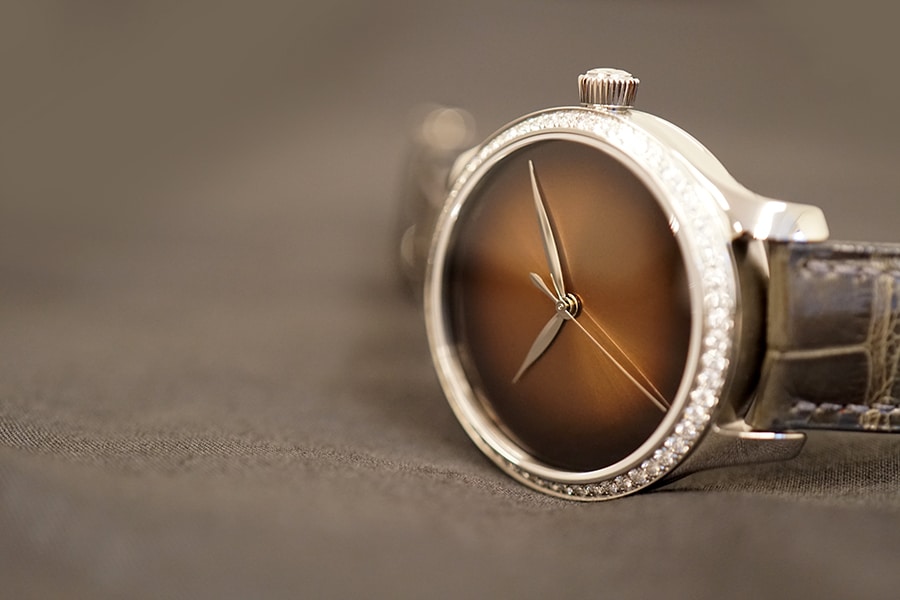 Other panel topics included “Making the Waitlist” which delved into how reputable retailers carefully control and curate waitlists for highly sought-after timepieces; “Making a Master” which discussed how anyone from watchmakers, to chefs, to journalists become masters in their field; and “Apocalypse II” which highlighted the biggest threat to mechanical watchmaking and the Swiss watch industry since the quartz crisis of the 1970s: the smartwatch. 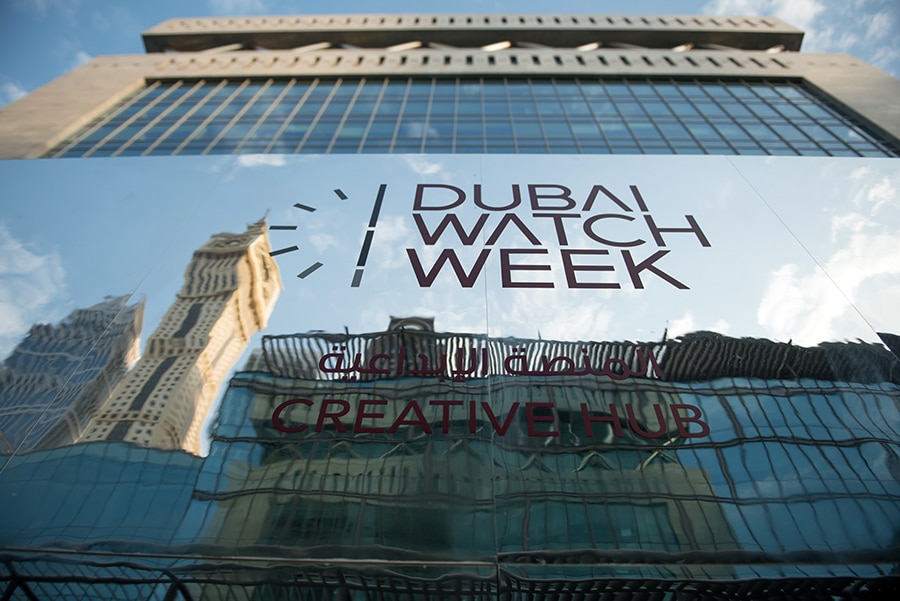 But Dubai Watch Week didn’t simply educate its attendees via the spoken word during Horology Forum, it also brought in world-class watchmakers, craftsmen, and watch designers teach daily hands-on classes to the attending public. Scottish-born watch designer Fiona Krüger proved that even the most artistically inept individual is capable of creativity via the latest technology, during the classes she taught on-site. And the event’s “Creative Hub” offered guests various treats such as an insider’s look at the history of Bulgari’s Serpenti collection, before Bulgari’s Senior Design Director of their watch department, Fabrizio Buonamassa, requested that each attendee draw their own version. 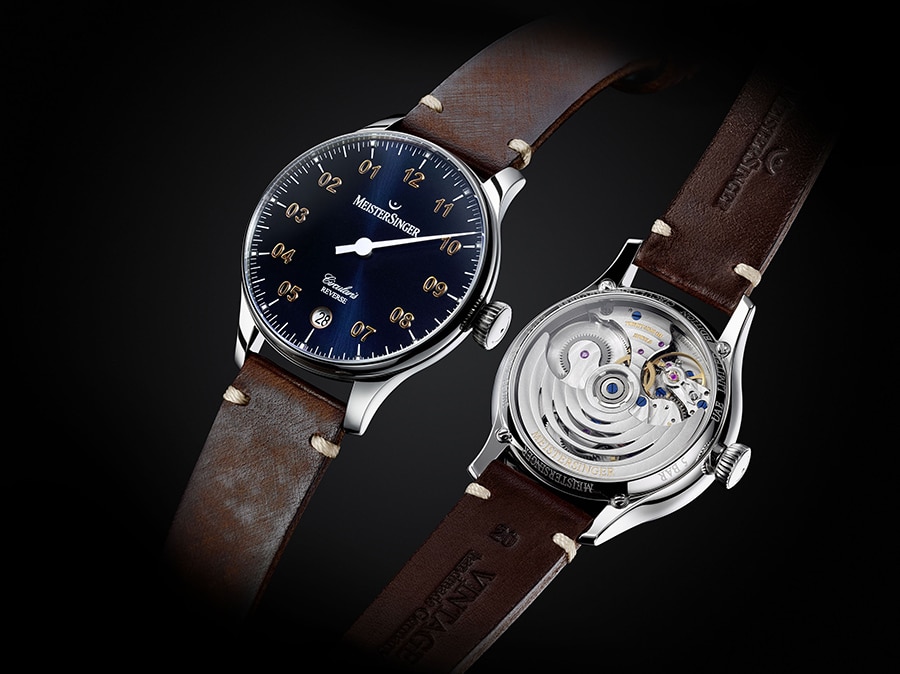 While education is a key part of Dubai Watch Week’s five-day fair, it is parallel to the reason why many collectors, retailers, enthusiasts, and members of the press travel from all parts of the earth to be in attendance: the actual watches. And with seven new limited-edition timepieces launched during DWW 2019, watch lovers were not left starved for excitement, including the many female watch enthusiasts in attendance. “We are seeing that a lot of watch brands are starting to advertise their male watches in female titles because they recognize the purchasing power of women,” stated Hind Siddiqi. “They’re not necessarily targeting women; we often see that brands do favor the male audience over females as the purchase split is focused more on men. Generally, though, women have been wearing men’s watches for a long time and we’re seeing that women increasingly prefer them.” When asked if she thought brands were doing a better job of marketing to women, her reply was, “It is a challenge. Sometimes when brands focus too much on the female target, they don’t succeed. It’s more a question of continuing to educate women on the value of owning a beautiful, complicated timepiece.” 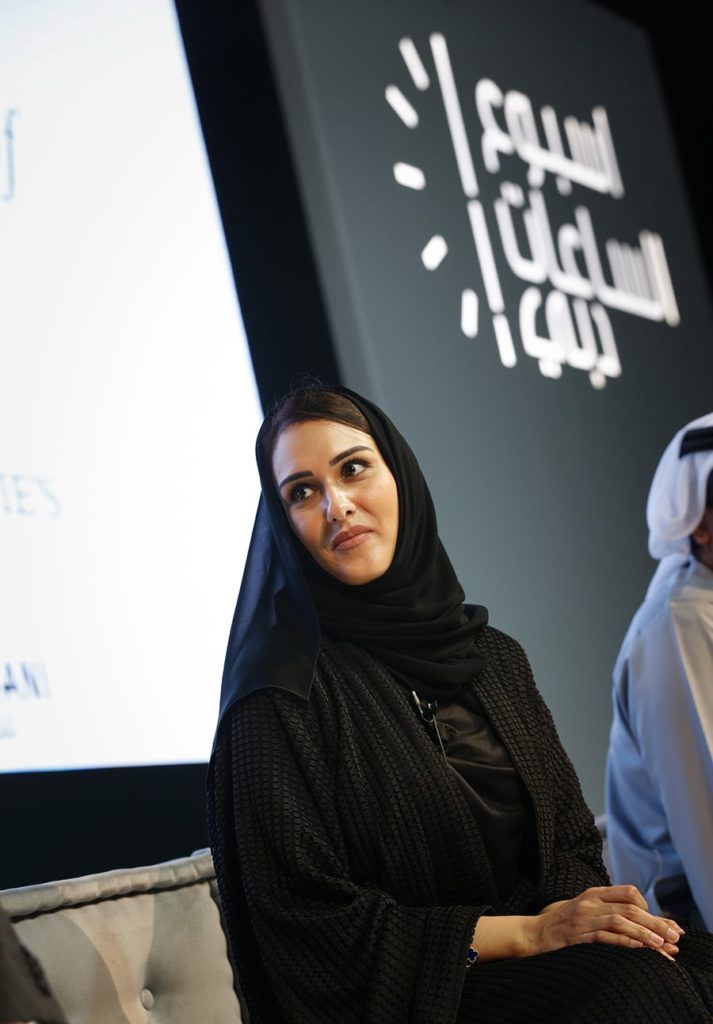 Dubai Watch Week is not only the premier watch event happening in the world now, but they also feel they have room to grow, and value any and all opinions about each guest’s experience. After the 2017 edition of the event, they asked attendees to rate the sessions and classes and to send feedback on what they’d like to see at future DWW events. And sure enough, two years later they took a lot of that feedback and implemented it, from better Wi-Fi signals to more food options, to an easily accessible and spacious press center. 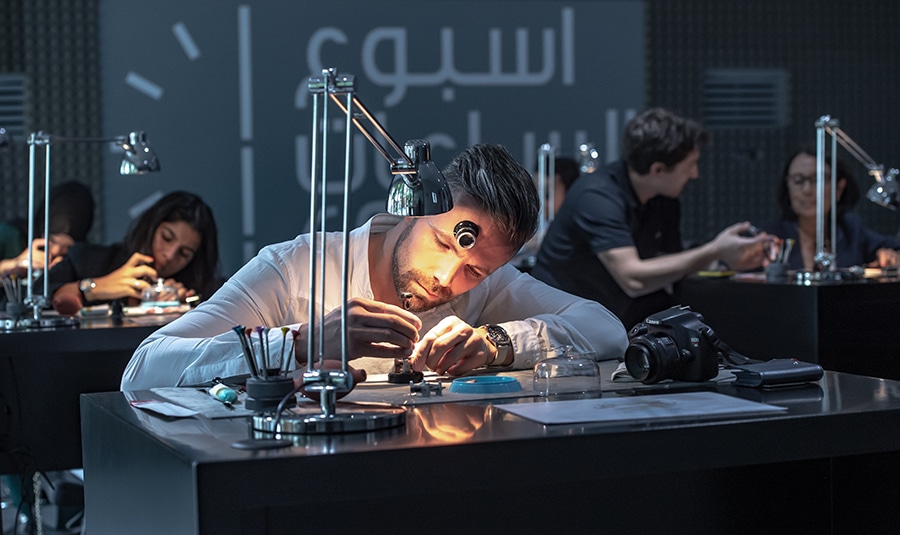 The planners of this extraordinary event – from the top-down – truly listen, which has been easily proven in the way it is run and through the experience it provides. Listening is the key to all good change in the world. Listening is where learning first begins. The Swiss watch industry should consider taking a page out of the book of the Dubai Watch Week organizers and truly listen, because if they do, hopefully, it will be a long, long time before they see an “Apocalypse III.” 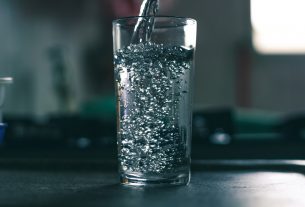 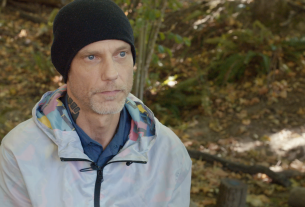