A group of climate protesters had to hope out of the way of a slow-moving coal train in West Boylston, Massachusetts on Monday after the conductor was unwilling — or unable — to stop.

The activists were able to escape the situation with no injuries.

The activists ― from environmental groups like the Climate Disobedience Center, 350 New Hampshire Action and 350 Mass Action ― wanted to stop the train as a part of a larger effort to shut down the Merrimack Generating Station in Bow, New Hampshire, WBUR reported. The Bow plant is one of the last few coal plants in the region.

Activists reportedly called the rail’s emergency phone line on Monday to warn that protesters were on the tracks and scouts were sent ahead to flag the train down. Activists had taken similar action on Dec. 8 and the train stopped before reaching the protesters.

But activist Jacob Powsner told WBUR that when he called the emergency phone number on Monday the man who answered the phone said he could not stop the train ― and it was not clear if he was unable or unwilling to do so.

“The train actually did not stop,” Marla Marcum, co-founder and director of Climate Disobedience, told the Worcester Telegram & Gazette. “A group of people that we had worked with had stopped a train in West Boylston a week ago, but this train did not stop … the train refused to stop and people got off the tracks.”

The train reached protesters in West Boylston, about 50 miles west of Boston, around 10 p.m., when it was pitch dark. They reportedly jumped off the tracks when the train was 50 feet away and it was clear it was not going to be able to stop.

“Climate activists watched a coal train pass in Worcester after calling the emergency hotline,” 350 New Hampshire Action said in a tweet. “The train didn’t stop, but all are safe. We need to #CloseBow and stop more coal from coming to New Hampshire.”

West Boylston police Sgt. Anthony Papandrea told the Telegram and Gazette that the activists could be charged with trespassing but that no one had been arrested on Monday.

“Our first concern is safety,” he told the paper.

Cover: Protesters block a coal train bound for Bow, New Hampshire on Dec. 8, 2019. Activists again tried to block a train headed for Bow on Dec. 16 but had to jump off the tracks when it did not stop. (Photo: 350 New Hampshire Action) 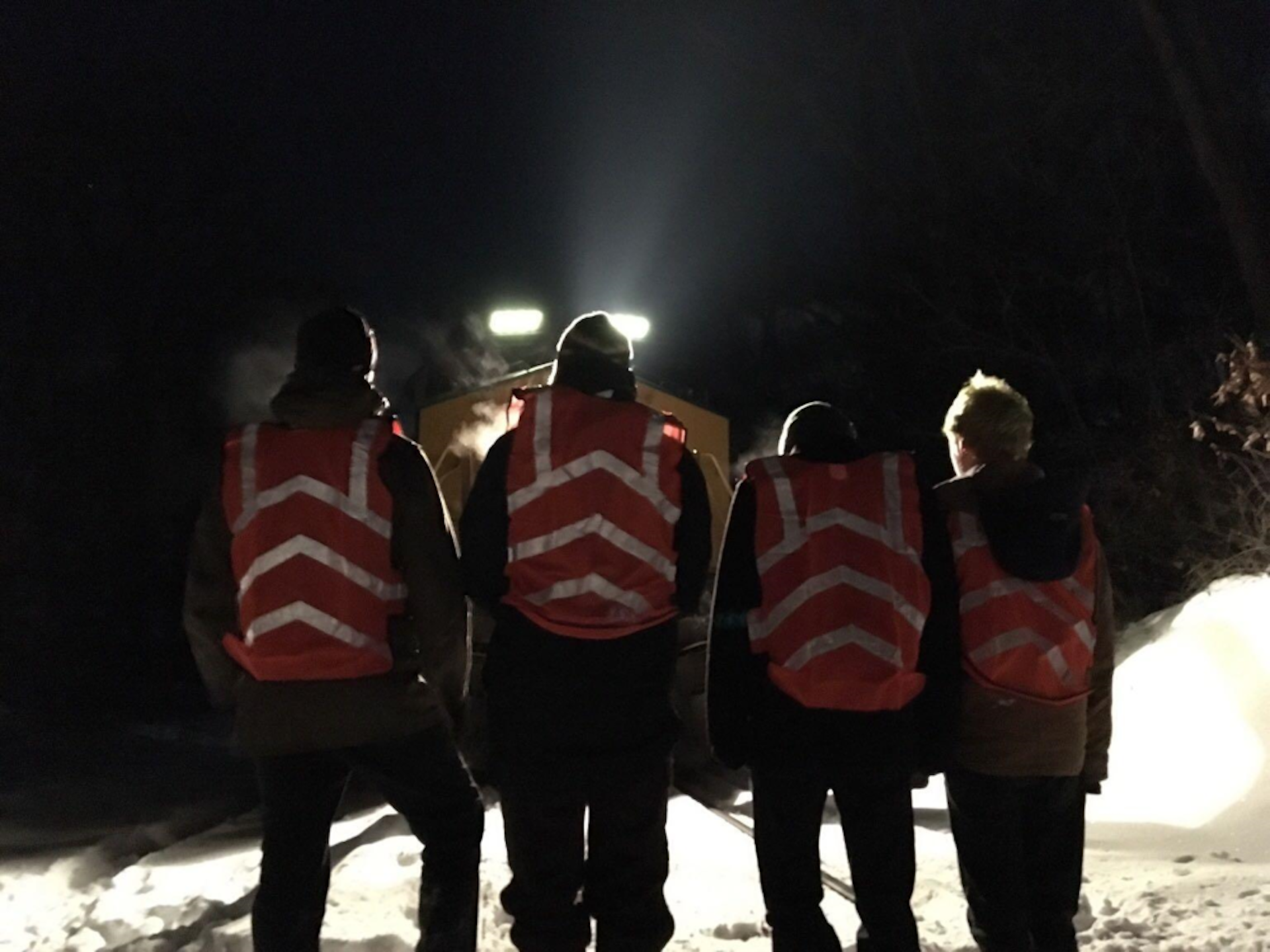 The Essentials You Need at Your Next Camping Trip

1 thought on “These Climate Protesters Tried to Stop a Coal Train in Its Tracks. It Almost Ran Them Down.”