At least 12 people were killed and dozens of others injured when a passenger plane crashed into a house less than a minute after takeoff in Kazakhstan’s largest city Friday.

The Bek Air Flight Z92100 had taken off from Almaty, bound for the capital, Nur-Sultan, when it lost altitude and crashed through a concrete fence into a two-storey house at 7.22 local time, Almaty International Airport said in a statement.

The impact left the plane’s fuselage split, with the cockpit embedded in the destroyed building, but no fire broke out.

At least 12 people, including the captain, were killed, but dozens of the 98 people on board survived, with many able to leave through emergency exits. Officials said about 50 people, including at least six children, were taken to nearby hospitals for treatment, with 17 of them in serious condition.

The cause of the crash is still unknown, but Kazakhstan’s Deputy Prime Minister Roman Sklyar told reporters there were two possible reasons under investigation: pilot error and technical failure.

“Before crashing, the aircraft touched the runway with its tail twice, the gear was retracted,” Sklyar told reporters, adding that the runway was in an “ideal condition.”

“The plane tilted to the left, then to the right, then it started shaking while still trying to gain altitude,” businessman Aslan Nazaraliyev told Reuters.

He said he had been seated immediately behind the row where the plane’s fuselage broke off, next to an emergency exit which he used to evacuate the plane.

“I and other men started getting people out and away from the plane,” he told Reuters. “Some were trapped by concrete debris from the building. There were moans and screams and it was dark.”

Another survivor told the website Tengrinews that she had heard a “terrifying sound” before the plane started descending.

Among the victims was Dana Kruglova, the 35-year-old editor-in-chief of Kazakh news website Informburo.kz.

In a statement, the site’s editor Mikhail Dorofeev said she had been flying to spend New Year’s Eve with her parents.

“Dana Kruglova was a real journalist. Her articles resonated and she became an example for all the editorial staff,” said the statement.

Kazakhstan President Qasym-Jomart Toqayev declared Saturday a national day of mourning as he expressed condolences to the victims’ families. He promised that those responsible would face “severe punishment in accordance with the law.”

Bek Air describes itself as Kazakhstan’s first low-cost airline, with a fleet of seven Fokker-100 aircraft. In 2009, it was one of the Kazakh airlines banned from operating in the European Union because it did not meet international safety standards. The ban was lifted in Dec. 2016.

The aircraft involved in the crash was 23 years old, and had its most recent flight certificate issued in May. Kazakhstan officials — who initially said 15 had been killed in the crash, before revising the toll to 12 — have temporarily grounded all Fokker-100 aircraft in the country while a special commission investigates the cause of the crash. The results of the investigation are expected next month. 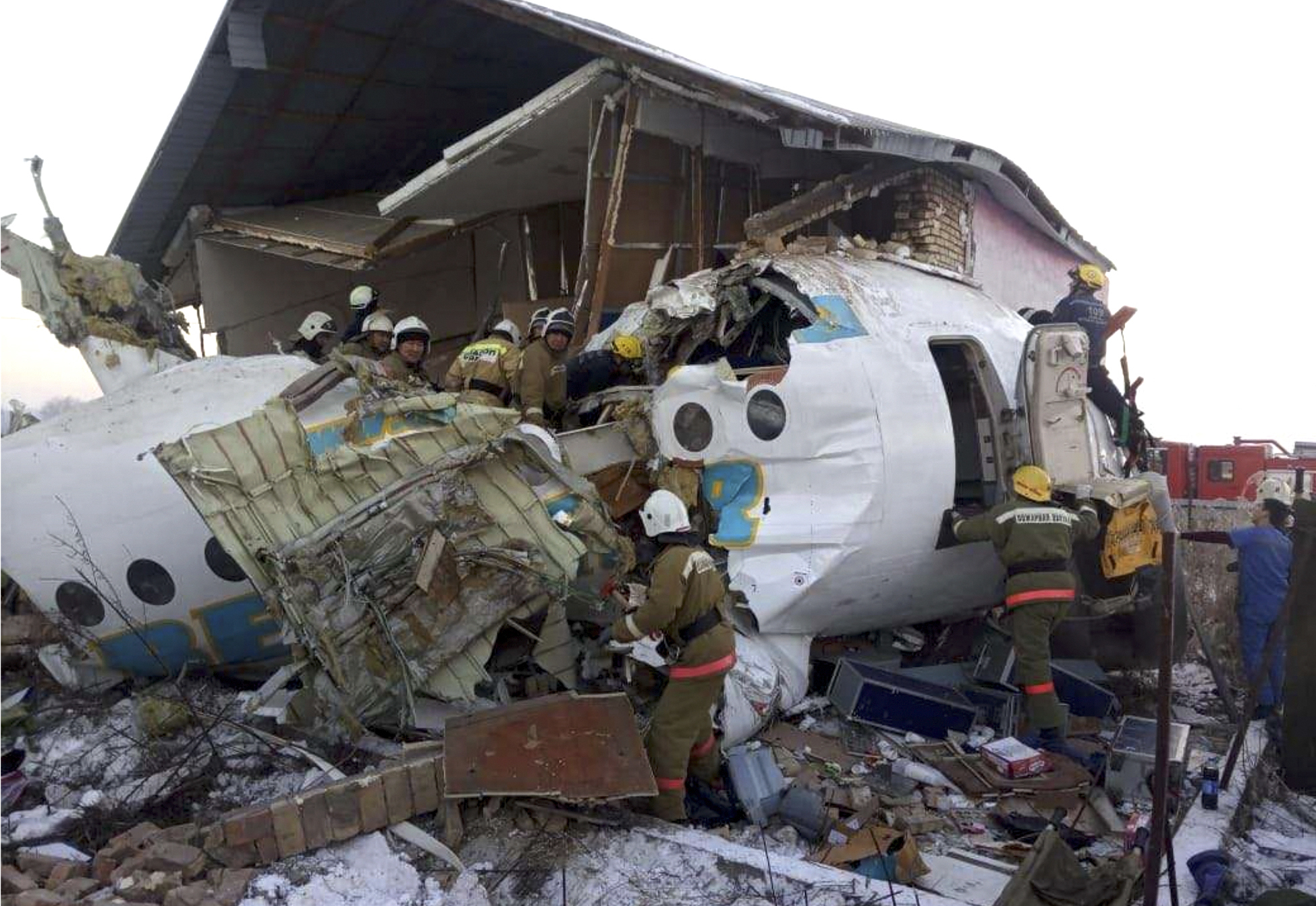 9 Great Array of Wines for those Quarantine Days at Home

Grocery Workers Keep Dying From Coronavirus: ‘We Don’t Have a Choice’