LONDON — British police have launched a hate crime investigation after graffiti referencing an anti-Semitic conspiracy theory blaming Jews for 9/11 was spray-painted on a London synagogue over the weekend.

The incident took place during the Jewish festival of Hanukkah on the same day that five people were stabbed in a rabbi’s home in Monsey, New York.

London police said they received reports of the graffiti, which included the Star of David along with the numbers “911,” spray-painted in multiple locations in the north London neighborhoods of Hampstead and Belsize Park late on Saturday night. The graffiti is widely believed to reference an anti-Semitic conspiracy theory that Jews were behind the Sept. 11 terror attacks.

Police say they have ramped up their presence in the area, but are yet to make any arrests.

Norman Lebrecht, a writer who attends the South Hampstead synagogue which was targeted, said at least a dozen other sites in the area had been defaced. “This is a dark day for London and the UK,” he tweeted.

The graffiti has prompted a wave of condemnation and calls to step up the fight against anti-Semitism. London Mayor Sadiq Khan said the incident “makes me sick to my stomach” and that anti-Semitism has “no place anywhere and certainly not in London.”

Historian Simon Schama tweeted: “Taken together with the stabbings in New York something truly monstrous is rising from the slime.”

Oliver Cooper, a local councillor in Hampstead, tweeted that all “decent people across Britain stand with our Jewish community — and we must move heaven and earth to eradicate this racist hatred, which was unimaginable just a few years ago.”

The incident comes amid rising concerns of anti-Semitism in Britain, from the hard left, the far-right, as well as Islamist extremists. Labour, the left-wing opposition party, has been embroiled in a long-running scandal after a string of anti-Semitic incidents involving party members. Concerns over how leader Jeremy Corbyn — who is to step down after leading the party to a heavy defeat this month — was dealing with the issue prompted many Jewish voters and a number of Jewish MPs to abandon the party.

Chief rabbi Ephraim Mirvis accused Corbyn last month of having allowed a “poison sanctioned from the top” to take root in the party. Corbyn, who has been criticized for appearing reluctant to apologize for his handling of the issue, condemned the graffiti and the Monsey stabbings Sunday. “We stand with all our communities facing hate. We send love and solidarity to Jewish communities around the world,” he wrote on Twitter.”

A report released Monday by the Community Security Trust, a charity that fights anti-Semitism, said that anti-Semitism was one the rise in British society, from a number of sources. The Anti-Semitic Discourse Report — whose publication was delayed so as not to influence voting in the elections earlier this month — said anti-Semitism “played an unprecedented role in British public life.”

It said while much of the debate around anti-Semitism had focused on the Labour party, pro-Brexit campaigners on the political right had also used “conspiratorial language about George Soros, immigration and the EU that echoed anti-Semitic tropes about Jews, money and political manipulation.” Anti-Semitic content also proliferated on social media.

Earlier this year, the Community Security Trust reported there had been 892 anti-Semitic incidents recorded in the first six months of 2019 — the highest for the same period since records began in 1984.

Even amid the wave of condemnation Monday, there were signs there’s a long way to go to root out the problem. The Jewish Chronicle reported that on a Jewish Labour group’s Facebook page promoting a vigil in response to the hate crime, some users had made posts apparently endorsing the conspiracy theory referenced in the graffiti.

“Is it anti-Semitic to accuse Israel of ‘false flag’ complicity in the 9/11 attack though?” wrote one commenter, while another asked if the episode was “a continuation of the far right Zionist disinformation campaign?”

Cover: Anti-semitic graffiti in the form of a 9/11 sprayed onto the outside of the South Hampstead Synagogue in North London on Sunday December 29, 2019. (Photo: Aaron Chown/Press Association via AP Images) 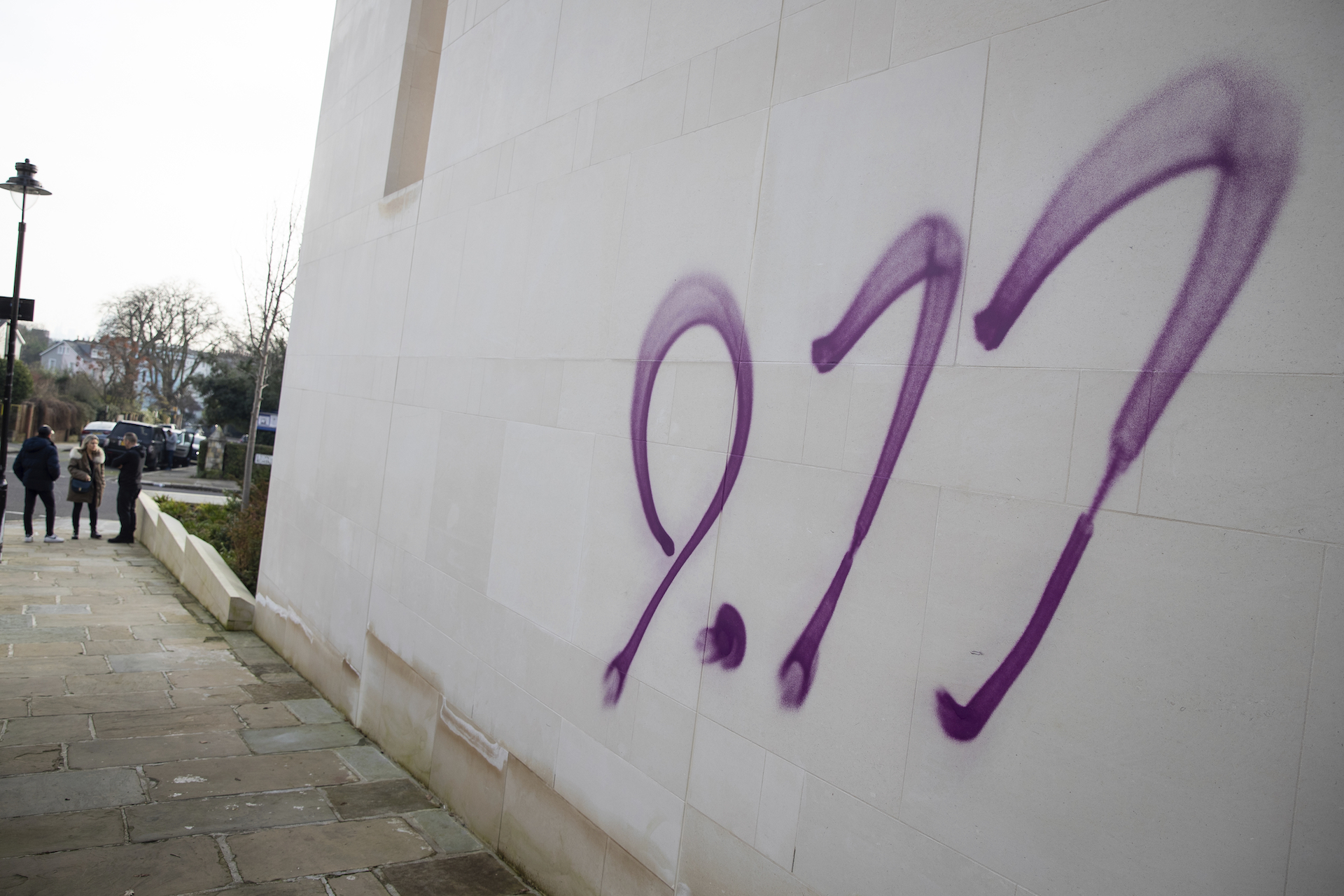 Why Are Smoked Meats So Popular in Today’s Market?