A police chief has been arrested in connection with the Mormon family massacre in Mexico last month, adding yet another twist to the strange and tragic saga.

Fidel Alejandro Villegas, the police chief of the municipality of Janos, Chihuahua, is suspected of having ties to organized crime, but the details of his alleged role in the November mass killing are not yet clear, Reuters reported on Friday.

The nine victims shot in their vehicles as they traveled to a wedding ― three women and six children ― were from the LeBaron and Langford families, breakaway Mormon sects who have lived in Chihuahua and Sonora regions for many years.

Villegas, the fourth person arrested in the case, was arrested on suspicion of colluding in the killing and working with cartels, and is awaiting trial in Mexico City. It’s likely authorities will now trawl through Villegas’ life to see if they can find cartel connections.

“They’re going to investigate his bank accounts and his financial history for evidence of bribes and paybacks and where they might have come from,” Emmanuel Gallardo, a Mexican journalist who covers organized crime, told the Daily Beast.

Police in the area are notoriously corrupt, and cartels exercise control over much of the region. Prosecutors have alleged Villegas is connected with La Línea, the enforcement wing of the Juárez Cartel, the Daily Beast reported.

READ: Everyone has a different theory about why the Mormon family was massacred in Mexico

The families were ambushed while driving between La Mora and Colonia LeBarón. The families were were gunned down, and one car caught fire and burned the five people inside beyond recognition. Countless theories about what, exactly, happened have emerged in the weeks since. Mexican authorities have hypothesized they were accidentally caught up in a turf war between rival cartels, but the families disagree.

“We were deliberately targeted, used as bait to lure one cartel against another,” Life Langford, a cousin of some of the victims, told Reuters not long after the killings. “They shot us up, burned our vehicles to send a smoke signal into the sky.”

The Mormon community had developed a cordial relationship with the Salazar criminal group, which is allied with the Sinaloa cartel and controls territory in the area, the Los Angeles Times reported. Some suspect the Mormon family members were killed by rival cartels, like La Línea, to show that they controlled the road the families were traveling on. Authorities have said three people they’ve arrested in connection with the killings were a part of La Línea, a claim many locals have refuted.

Very few details about Villegas’ arrest and the allegations against him have been made public. But a member of the LeBaron family said he was not surprised a high-level police officer was tied up in the case.

Julián LeBaron told the New York Times it was “common knowledge down here that the police work with the criminals.”

“They have a monopoly on security and they get paid a wage for protection, and later we find out that they participate in the murder of women and children,” he said. “These people take resources to protect us and they are murderers themselves.”

The cartels fracture into smaller groups, “but the organizations do not disappear, the market does not disappear, and the activities continue,” Catalina Perez Correa, a Mexican lawyer and security analyst, told VICE News last month.

Cover: Madelyn Staddon, right, a relative of some of the members of a Mormon community who were attacked while traveling near the US-Mexico border, embraces a neighbor outside her home, Tuesday, Nov. 5, 2019, in Queen Creek, Ariz. (AP Photo/Matt York) 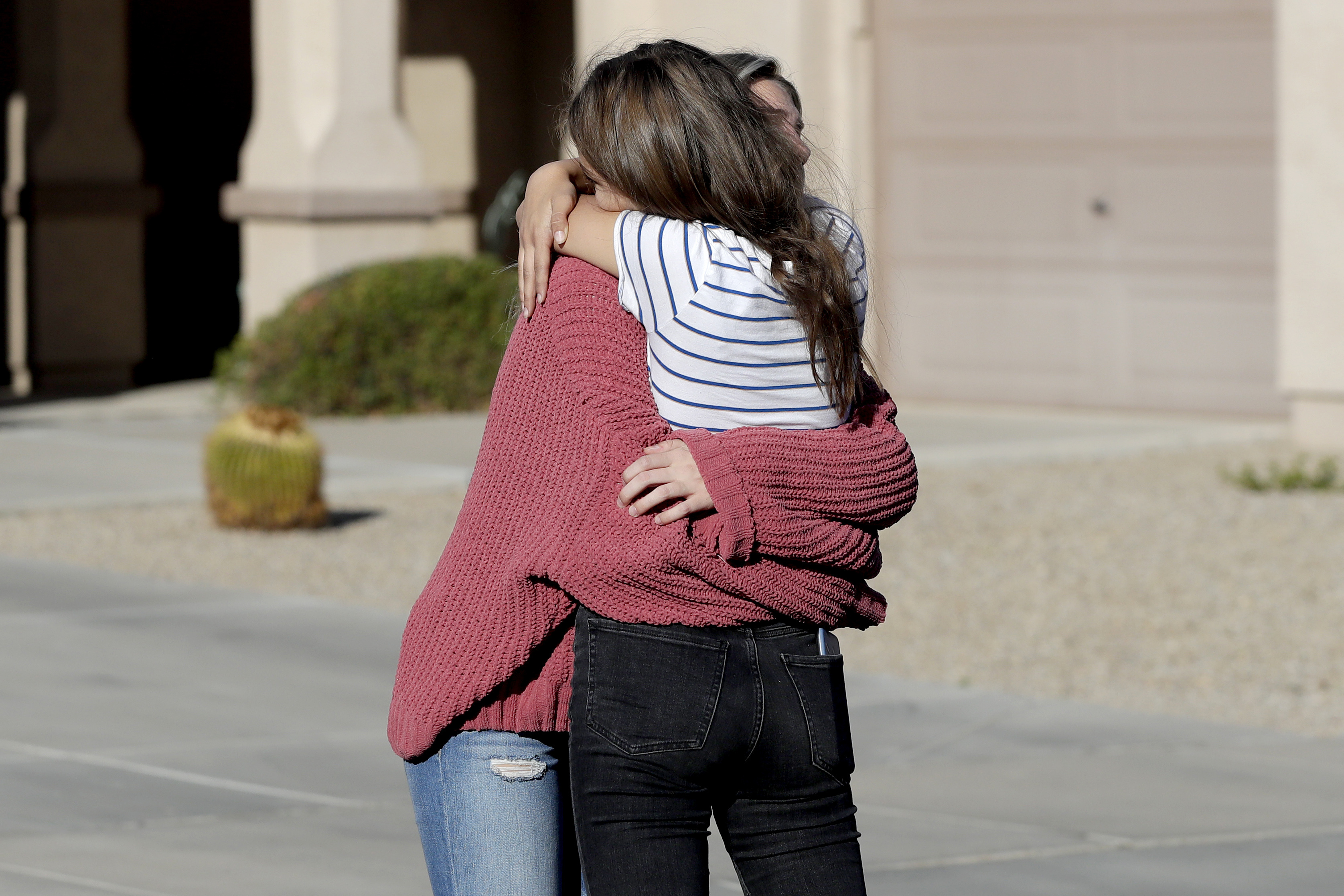 “The Godfather”, “The Bodyguard” & JFK Honeymoon Mansion up for Sale