President Donald Trump is scheduled to hold a rally at a Hispanic megachurch near Miami Friday night, two weeks after an editorial in the influential publication Christianity Today called for his removal from office.

The campaign event, which also serves as the launch for the “Evangelicals for Trump” coalition and Trump’s first rally of 2020, will attempt to assuage any potentially bruised support among the religious right, although some evangelical Christians criticized the editorial. It will also present a serious legal question as to whether the president can hold a massive political rally at a tax-exempt church that’s federally prohibited from engaging in politics.

The 7,000-seat King Jesus International Ministry, also known as El Rey Jesus, is one of the largest Hispanic churches in the nation and is led by Guillermo Maldonado, a man who says he can perform miracles and that prayer can raise the dead, according to the local Sun Sentinel.

Maldonado has previously prayed with Trump at the White House. The church has also been visited by U.S. Sen. Rick Scott and Rudy Giuliani, Trump’s personal attorney, according to the Sun Sentinel.

Trump continues to enjoy broad support among white evangelical Christians, with a 75% favorable rating among that bloc in one December poll from NPR-PBS Newshour-Marist. He and other politicians have long held campaign events at churches, even if not quite at this scale. But the Freedom From Religion Foundation and other groups continue to advocate for clear separation of church and state and argue such events may flout rules of tax-exempt status.

The church told the Tampa Bay Times that it leased the space “in exchange for fair compensation.” Despite federal prohibitions on tax-exempt churches engaging in politics, pastors can and often do support candidates, while their institution is supposed to avoid endorsements. The prohibition is difficult to enforce, and churches rarely see their tax-exempt status revoked.

“King Jesus International Ministry is a non-partisan, non-political church. Our ministry does not endorse any political candidates or engage in political campaigns. It is a religious organization that ministers to the community,” the church said in a statement about the event on its website. “While we advocate for issues we care deeply about, such as family and respect for life, we do not take positions in political campaigns. The January 3 Evangelicals for Trump event is being paid for and organized by President Trump’s election campaign.”

Cover image: Jorge Alfonso, 56, of Miami, waits in line outside of the King Jesus International Ministry church where President Donald Trump is slated to hold a rally for evangelical supporters, Friday, Jan. 3, 2020, in Miami. Alfonso, originally from Cuba, has been a parishioner at the church for five years. (AP Photo/Lynne Sladky) 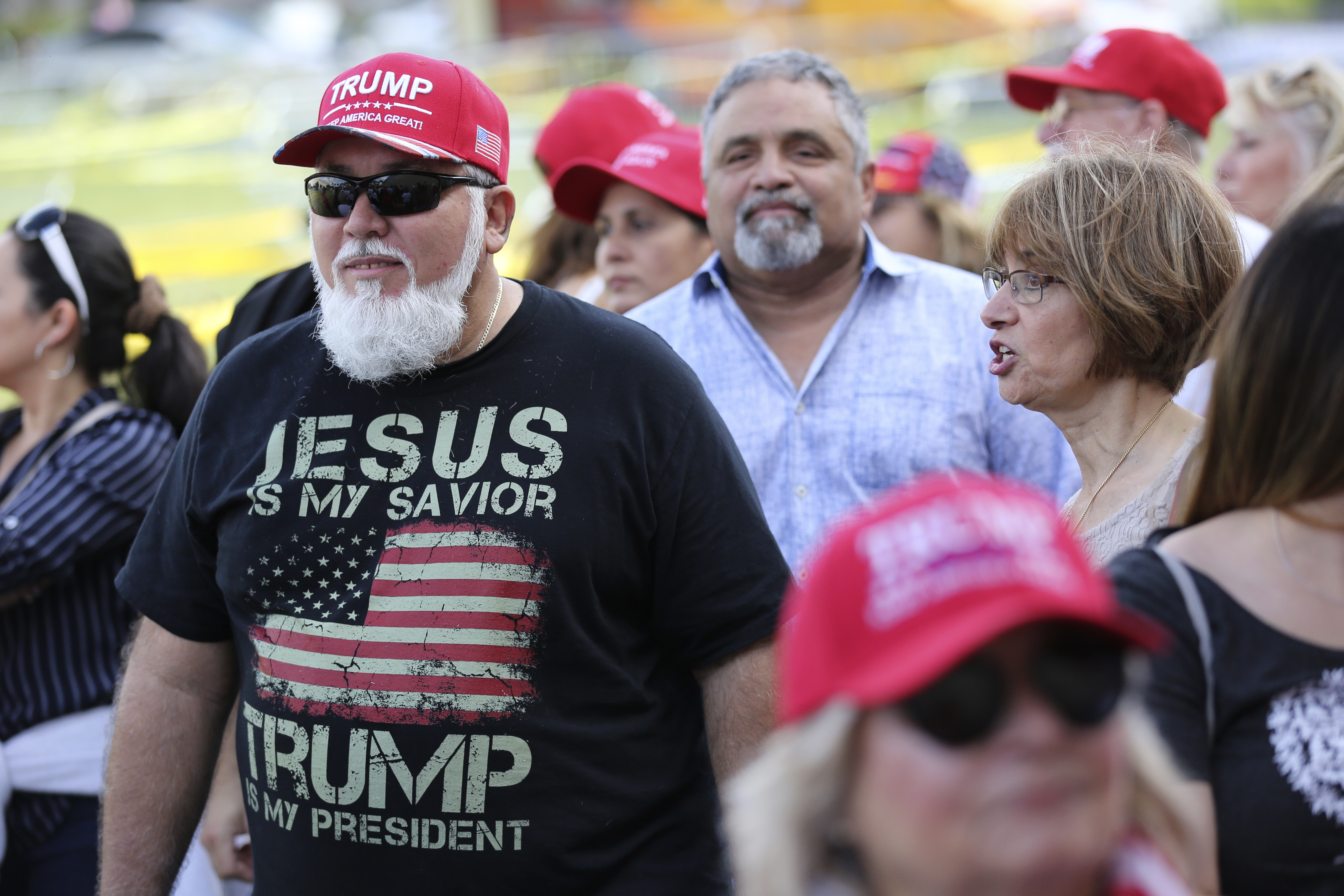