Iraq is now the location of a proxy battle between Iran and America — and its civilians expect they will likely pay the price.

In the early hours of Friday morning, Qassem al Soleimani — Iran’s most powerful general and the head of the country’s Islamic Revolutionary Guards Corps — was assassinated by a U.S. drone as he left Baghdad International Airport.

Thousands of mourners gathered on Saturday to take part in his funeral procession through Baghdad.

After the Supreme leader, Ayatollah Ali Khamenei, Qassem al Soleimani was the second most powerful man in Iran. Over the past forty years, he has played a role in conflicts across the region. He’s also accused of controlling militia claimed to be responsible for the deaths of thousands of civilians in Iraq, Lebanon and Syria.

Iraq’s Shia militia forces known as the Popular Mobilization Units or PMU were funded and trained by his Revolutionary Guards. During the fight against ISIS, elements of the PMU were accused of targeting and killing innocent Sunni Iraqis.

His death is the most significant and serious escalation in tensions between Iran and the U.S. after months of increasing aggression between the two powers.

Khamenei has vowed to take “severe revenge” for Soleimani’s death — it’s likely that Iraq will be a key location for future retaliation. And where there is fighting, there is collateral damage in the form of civilian suffering.

Iraq has witnessed over three decades of conflict: hundreds of thousands of people have been killed from the Iran-Iraq war to the US invasion to the fight against ISIS.

Sanctions, corruption and conflict have annihilated the country’s infrastructure. Every single family has been affected by war and a lack of services. The prospect of another conflict, this time between two enemies on their turf, is an unbearable thought for most.

One of the few glimmers of hope for Iraq’s youth has been the ongoing anti-government protests which began in October last year. Demonstrators have occupied Baghdad’s central Tahrir square, calling for more jobs and services as well as an end to corruption. For the first time in years, tentative feelings of optimism have spread amongst the population as a new generation risked their lives to force political change.

‘We want both countries out’

While a proxy war is likely to obstruct their movement for change, some protesters say they’re happy Soleimani had been killed.

“Most Sunni and Shia protesters support the attack,” said Ali, a student demonstrator from the southern Iraqi city of Basra. “Soleimani was responsible for all Iran backed militias in Iraq. The protests are against Iran interference but that doesn’t mean we are pro U.S. We want both countries out and don’t want Iraq to be in the middle of this war.”

Over the past three months, more than 500 people have been killed by government forces and militia groups. But despite such violence they have persevered, turning the centre of Iraq into a collective non-sectarian vision of art, music and resistance.

At the end of November, change felt closer than ever when Iraq’s Prime Minister Adel Abdul Mahdi handed in his resignation. Currently he remains in power as part of the caretaker government. Protesters want a new pro-democracy leader but given the latest events, they now fear he’ll be replaced by a political stooge.

Protesters often chant anti-Iranian slogans, calling for an end to their political interference.

As a result there are those who believe they could be the target of revenge attacks from elements of the PMU and its supporters.

“People on social media have warned against showing any emotional reactions [to Soleimani’s death] because militia groups could explain this as protesters supporting the USA,” said Ahmed, an artist from Baghdad.

“Protesters are mostly happy about the death of someone who had a hand in killing hundreds of protesters in the last months, but at the same time we don’t want to pick sides, we want a country led by its people not by outside interference,” he said.

Iraq’s government has accused the U.S. of a massive breach of sovereignty and now faces growing calls from some political factions to force American troops out of the country.

Meanwhile, the US has deployed around 3,000 extra soldiers to the Middle East, with some being sent to Iraq. Iraqis still feel the pain of America’s violent legacy and soldiers returning to the region is not a reassuring move for locals.

As long as Iraq remains the epicenter of Iran and America’s struggle, the economy will have no opportunity to recover and there will be greater political instability. For Iraqis that is a further setback in their struggle for a future free of violence and corruption.

The long term impact of these latest events will be as impossible to predict as Soleimani’s death.

No one could have anticipated that the New Year would see the end of a man many believed to be invincible. But among all this uncertainty, what is clear, is that the winners of this conflict are unlikely to be the Iraqi people. 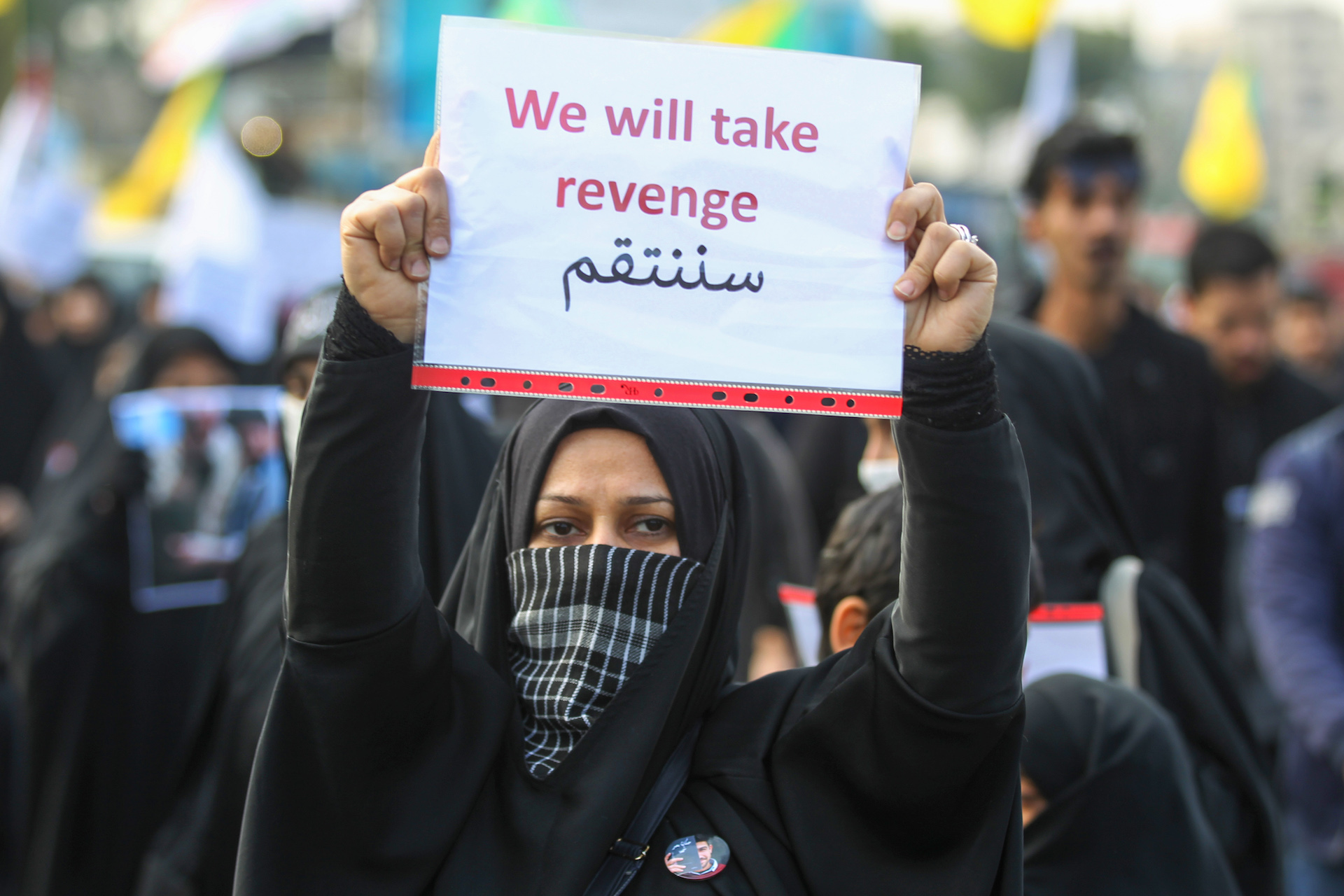