The Australian Navy is working to evacuate stranded wildfire victims ahead of the weekend, when the already devastating blazes were forecast to get even worse.

The Royal Australian Navy rescued about 1,000 people who were trapped in the town of Mallacoota, Victoria which has been hit especially hard by the bushfires. A local MP, Darren Chester, told the BBC it was an “unprecedented mass relocation of civilians.”

Some 4,000 people were forced to flee to Mallacoota’s beaches on Monday, pushed out of their homes by a fire that blocked out the sun and painted the sky an apocalyptic red. With roads blocked, the Navy has taken around 60 people out by helicopter, while about 1,000 had signed up to be evacuated via boat, the BBC reported.

But the evacuations were hardly limited to Mallacoota. On Friday, authorities made a final plea for people to evacuate across a roughly 5,400 square mile area in the southern part of the fire-stricken state of New South Wales (NSW). In both Victoria and NSW, firefighting officials have been granted emergency powers to forcibly relocate people, if necessary, according to the Guardian.

READ: ‘No way in or out’: Australians are fleeing to the beach to escape deadly wildfires

The nation was on edge, considering the weekend’s forecast. This fire season’s destruction has already proven massive: at least 20 dead, 28 people missing in Victoria, half a billion animals killed, nearly unbreathable air, countless acres of land scorched. But it may soon be far worse.

Saturday’s forecast for the fire-ravaged areas in NSW calls for blazing temperatures around 100 degrees Fahrenheit and high winds, nearly perfect conditions to make the wildfires worse. The fires could spread quickly and unpredictably, with parts of the country facing “catastrophic” fire danger in some regions.

While the nation struggles to deal with the fires, Australian Prime Minister Scott Morrison has come under intense criticism for how he’s handled the crisis.

“I’m angry about the prime minister’s response,” former Rural Fire Service commissioner Greg Mullins told the Australian Broadcasting Corporation on Friday. “It reminds me of President Trump, when there’s multiple shootings, saying, ‘There’s nothing to do with guns.’ We have to talk about climate change.”

Morrison toured an evacuation center in Victoria on Friday and downplayed the criticism just after getting heckled in NSW by citizens who had lost their homes the day prior.

“People are angry and people are upset … well, whether they’re angry with me or they’re angry about the situation – all I know is that they’re hurting, and it’s my job to be there to try and offer some comfort and support,” Morrison told the Guardian.

Cover: In this photo released by the Australian Department of Defense, evacuees board landing craft to be ferried out to the navy’s HMAS Choules, Friday, Jan. 3, 2020, in Mallacoota, Victoria, Australia. Navy ships plucked hundreds of people from beaches and tens of thousands were urged to flee before hot weather and strong winds in the forecast worsen Australia’s already-devastating wildfires. (Australia Department of Defense via AP) 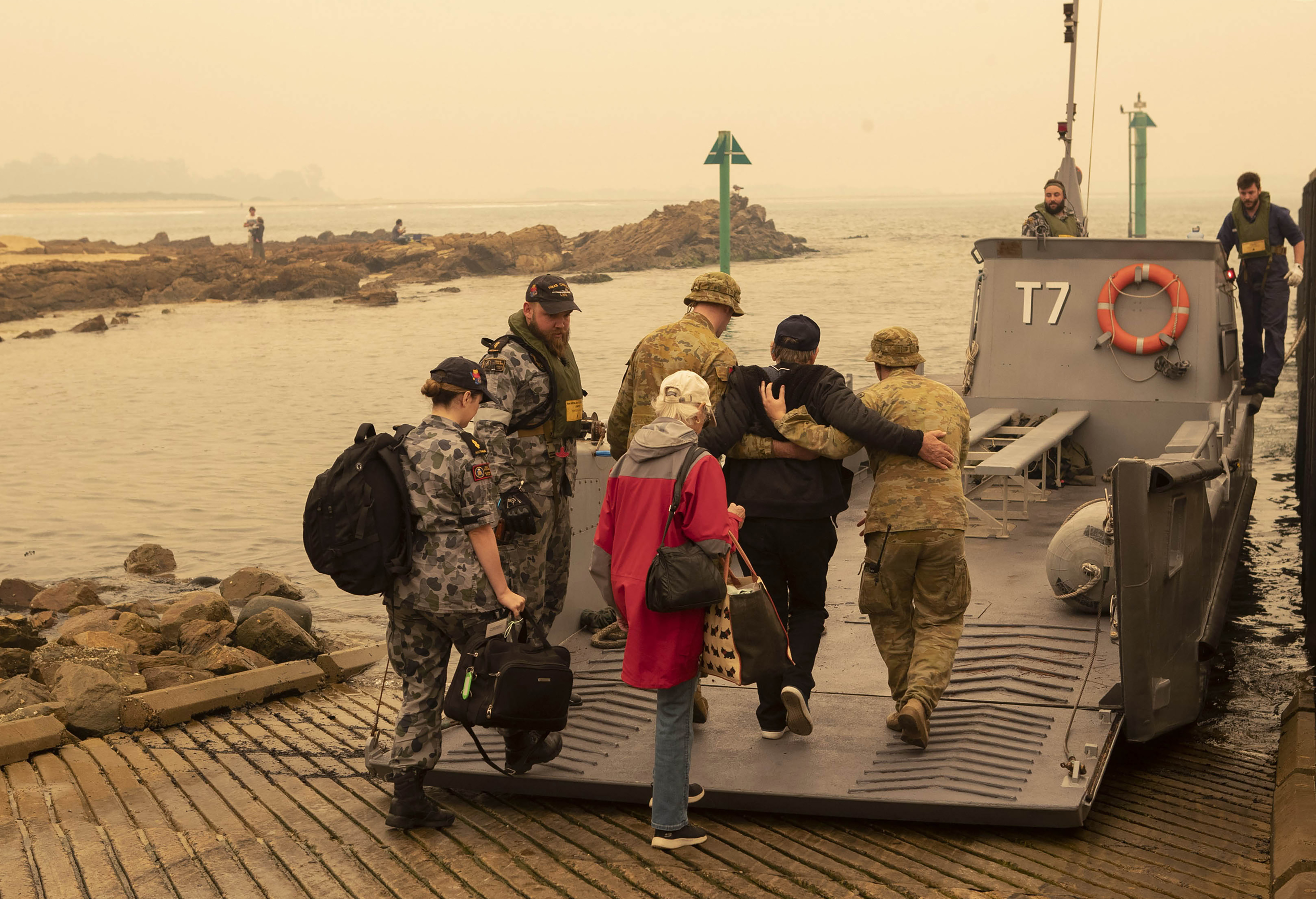 Expert Tips for Relocating and Choosing the Right City For You

Trump ‘signs off’ on deal to pause US-China trade war