WASHINGTON — President Trump’s impeachment could head to the Senate as soon as next week.

House Speaker Nancy Pelosi said the House may hold a floor vote on sending articles of impeachment to the Senate next week, signaling an end to the standoff over rules and witnesses that began after the House approved the measures in December.

“I have asked Judiciary Committee Chairman Jerry Nadler to be prepared to bring to the Floor next week a resolution to appoint managers and transmit articles of impeachment to the Senate,” she wrote in a letter to House colleagues on Friday.

Pelosi, who had delayed sending impeachment to the Senate over concerns that Majority Leader Mitch McConnel wouldn’t ensure a fair trial, now plans to consult with members of the House Democratic Caucus on how to proceed further this coming Tuesday.

Pelosi’s announcement sets the stage for a historic clash in the Senate over Trump’s unorthodox and tumultuous presidency, where members of the House will present the case that he went too far in seeking to pressure Ukraine into investigating his 2020 rival former Vice President Joe Biden.

Democrats have demanded that additional witnesses, including Trump’s former National Security Advisor John Bolton, come forward to testify. But McConnell has resisted, while promising to stay in “total coordination” with Trump’s White House on how the trial should be conducted.

McConnell recently announced that he had enough votes in the GOP-controlled Senate to postpone a vote on whether to call additional witnesses until after the proceeding begins. Now, the question becomes whether a handful of Senate Republicans could break with Trump and join Democrats in demanding to hear more fresh testimony about what really happened.

Democrats would need to vote in lockstep while convincing at least four more GOP senators to join them to send out subpoenas to new witnesses.

Democrats would need to vote in lockstep while convincing at least four more GOP senators to join them to send out subpoenas to new witnesses.

Bolton has signaled that he knows about meetings and conversations relevant to impeachment that were never addressed in the House investigation, and he recently announced that if he receives a subpoena from the Senate, he’ll show up and testify.

Cover image: Speaker of the House Nancy Pelosi, D-Calif., arrives to meet with reporters following escalation of tensions this week between the U.S. and Iran, Thursday, Jan. 9, 2020, on Capitol Hill in Washington. (AP Photo/J. Scott Applewhite) 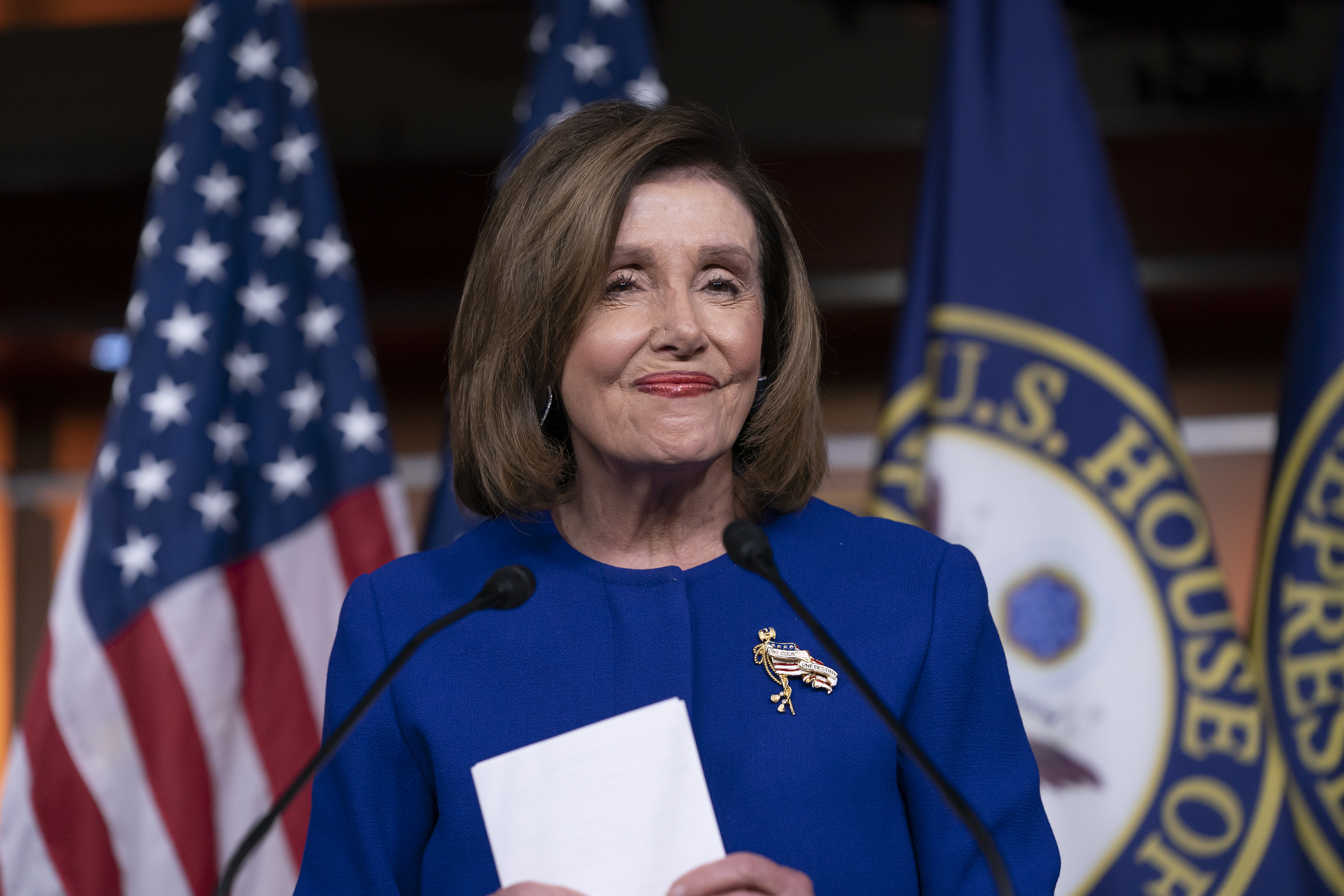 Don Jr. Thought It Was a Good Idea to Kill a Treasured Sheep on His Mongolia Vacation