The world’s oceans absorbed a record amount of heat last year, according to a new study bearing more bad news for the planet.

How much is a “record amount”?

“It’s about 5 Hiroshima bombs of heat, every second, day and night, 365 days a year,” said John Abraham, an engineering professor specializing in thermal sciences at the University of St. Thomas in Minnesota and co-author of the study out Monday from an international group of scientists.

It’s a stark assessment of ocean temperatures, the best measure for how much the world has heated.

Another way to describe how much heat humans are pumping into the oceans from greenhouse gas emissions: Give every person on the planet 100 hair dryers and have them aim them at all at the oceans, 24 hours a day, all year, according to Abraham.

“The less technical term is: It’s a shit-ton of energy,” he added.

The group’s research provides incontrovertible evidence that the planet is heating up — and quickly. In the last 40 years, the world’s oceans have already warmed by about 1 degree Fahrenheit at the surface. From 1987 to 2019, oceans warmed four and a half times faster than they did between 1955 and 1986.

When oceans heat up, ice melts more quickly and water expands and takes up more space. That makes sea-levels climb. And hotter oceans means more water evaporates into the atmosphere, which creates more humidity, which can supercharge storms.

“It makes hurricanes and typhoons more powerful, and it makes rainfall more intense,” Abraham said. “It puts our weather on steroids.”

The oceans absorb 90 percent of all the heat that humans are adding into the atmosphere, making ocean warming a more accurate way to measure how hot the world’s getting than air temperature. Air temperature might be hot one year and cooler the next, but water is more dense than air and takes longer to heat and cool. It provides a more stable measurement of how much the Earth is warming.

To figure out how hot the oceans are getting, scientists rely on a network of more than 3,800 buoys, which, together make up what’s called the Argo system. Those floats dot the world’s oceans, sinking to depths of 2,000 meters and taking regular temperature and salinity readings. They give researchers a super-accurate reading of the world’s ocean temperatures.

Those floats provide readings that make it obvious that the oceans are warming at record speeds.

“This is really impacting us and it’s going to be devastating,” Abraham added. “But the other piece of it is it’s not too late to do something about it. The longer we delay, the harder and more expensive it will be, but we can still take action to make it less bad.”

Cover: In this Aug. 24, 2018 file photo, a man and his son watch as waves crash off sea cliffs along the southeast shore of Oahu as Hurricane Lane approaches Honolulu. Some of Hawaii’s most iconic beaches could soon be underwater as rising sea levels caused by global warming overtake its white sand beaches and bustling city streets. (AP Photo/Caleb Jones, File) 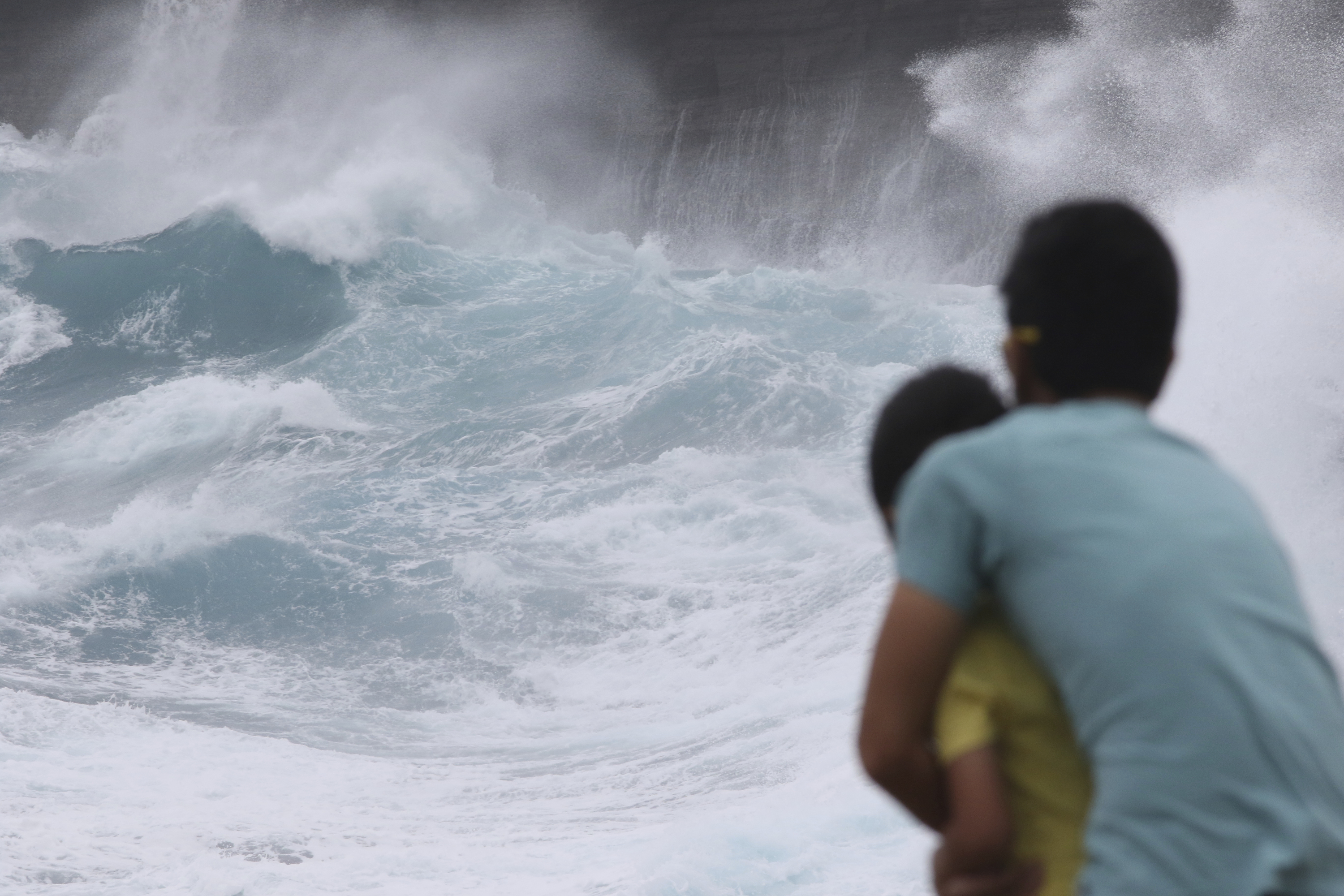 Interesting Jewelry Pieces You can Gift to Your Loved One