If you’re keeping a bingo card of President Trump’s tweets, Monday morning’s spread hit a number of the usual hallmarks: misspellings, bad photoshops, and poking fun at his opponents’ physical appearance, to name a few.

Early on, Trump retweeted a poorly photoshopped picture of House Speaker Nancy Pelosi and Senate Minority Leader Chuck Schumer wearing traditional Islamic clothing in front of an Iranian flag. The original tweet from an anonymous account said the Democratic leaders were coming to the “Ayatollah’s rescue.”

But Trump wasn’t satisfied yet. Before noon, he tweeted or retweeted well over a dozen posts about matters big and small.

The president, for instance, weighed in on the Democratic primary, misspelling the nickname he’s given Sen. Elizabeth Warren and poking fun at Mike Bloomberg’s height along the way.

“Bernie Sander’s [sic] volunteers are trashing Elizabeth ‘Pocahontus’ [sic] Warren,” the president tweeted. “Everybody knows her campaign is dead and want her potential voters. Mini Mike B is also trying, but getting tiny crowds which are all leaving fast. Elizabeth is very angry at Bernie. Do I see a feud brewing?”

Warren has slid in some polls and on Sunday said she was “disappointed” Sanders’ campaign sent “volunteers out to trash” her. The two candidates are longtime friends, however, and Sanders downplayed the incident and said nobody was trashing her.

Trump kept chugging and hammered some old standbys, including the polls (“95% Approval Rating in the Republican Party”), impeachment (“a totally partisan Hoax”), and his perceived political opponents (“Mini Mike Bloomberg is spending a lot of money on False Advertising”).

Bloomberg recently vowed he would spend gobs and gobs of money to defeat Trump, even if he wasn’t the nominee. As of early January, the multibillionaire has already spent nearly $200 million on his own campaign.

Trump also defended his decision to approve the assassination of Qassem Soleimani, the head of Iran’s Quds Force. The president said it doesn’t really matter if Soleimani represented an imminent threat because of his “horrible past.” (Trump originally misspelled the word as “eminent” but fixed it.)

The White House has struggled to explain why the U.S. chose to kill Soleimani and why he was an imminent threat. Defense Secretary Mark Esper on Sunday, for instance, wasn’t able to provide any intelligence that Soleimani was planning to attack embassies, like the president has suggested.

And, finally, Trump even managed a sarcastic dig at Sen. Cory Booker. The low-polling Democrat dropped out of the primary race Monday.

“Really Big Breaking News (Kidding): Booker, who was in zero polling territory, just dropped out of the Democrat Presidential Primary Race,” the president tweeted. “Now I can rest easy tonight. I was sooo concerned that I would someday have to go head to head with him!”

But Trump’s account isn’t the only one sending out strange tweets lately. Even the White House is getting in on the action. It posted a snowy photo of the White House Sunday night with the caption: “First snow of the year!”

The temperature got up to almost 70 degrees in D.C. on Sunday.

Cover image: In this Sept. 4, 2019 file photo, President Donald Trump talks with reporters after receiving a briefing on Hurricane Dorian in the Oval Office of the White House in Washington. (AP Photo/Evan Vucci, File) 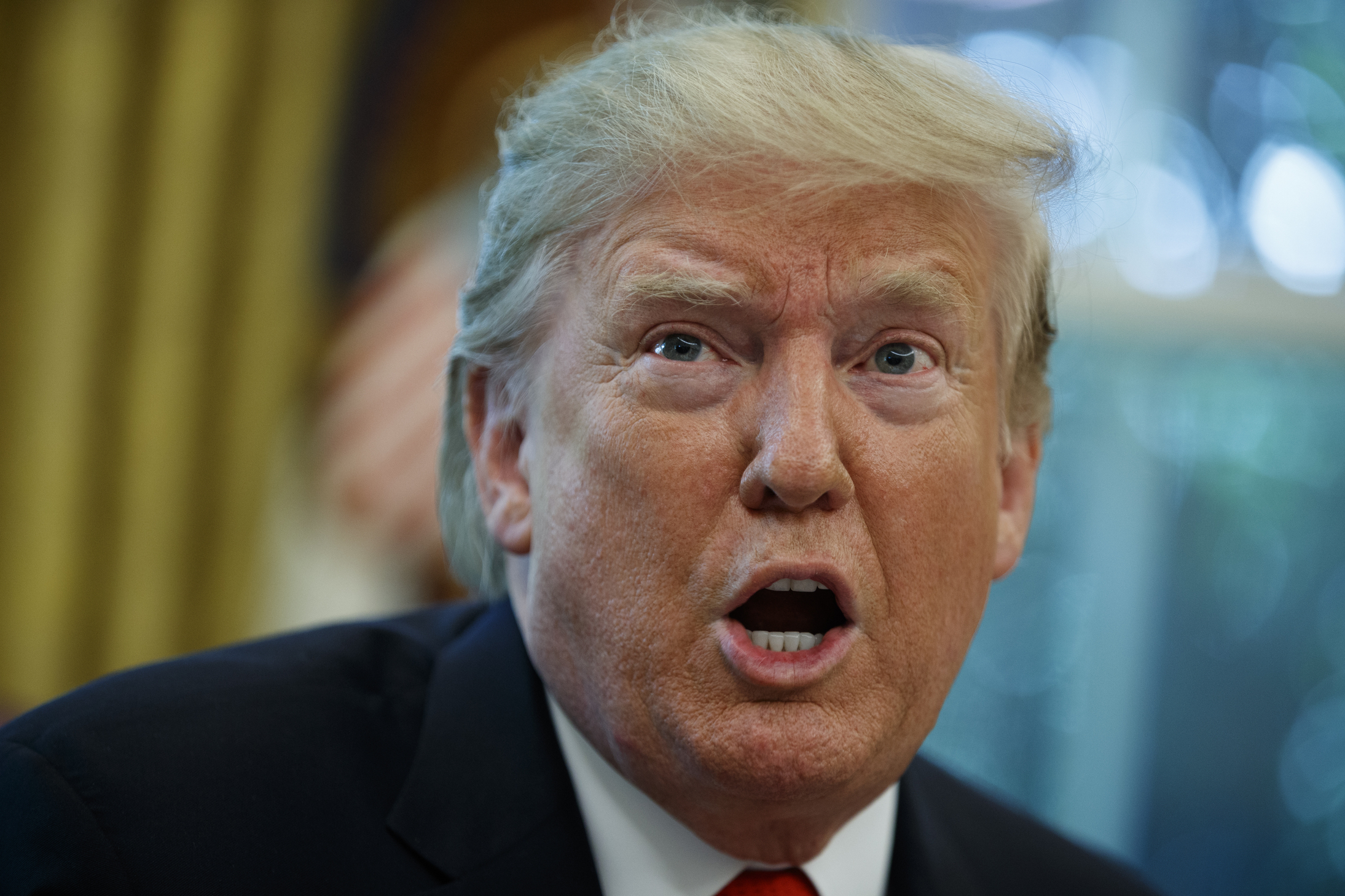 How to Protect your Hearing

The Three Most Famous Horse Races in the World