When House Speaker Nancy Pelosi finally signed the articles of impeachment against President Donald Trump, she did it with pens that some conservatives, somehow, thought looked like bullet casings.

Pelosi used a stack of custom-made pens, emblazoned with her signature, to sign the articles on Wednesday so they could be delivered to the Senate, where Trump’s impeachment trial is set to start Tuesday. The Democratic leader then gave them away to various lawmakers and her handpicked impeachment “managers,” who will present the evidence. Soon after, conservatives flocked to social media to deride the speaker for not taking the occasion seriously enough.

“Nancy Pelosi’s souvenir pens served up on silver platters to sign the sham articles of impeachment,” White House Press Secretary Stephanie Grisham tweeted out Wednesday night. “She was so somber as she gave them away to people like prizes.”

Ronna McDaniel, the chairwoman of the GOP, commented that Pelosi was “handing out pens like party favors at the signing ceremony.”

“Just another example of how disgusting and partisan this impeachment charade has been,” she added.

Fox News personality Maria Bartiromo wrote in a now-deleted tweet, “Wow they look like bullet cases.” That set off the right-wing Twittersphere, where tons of users were suddenly posting about the bullet pens. More than a few people speculated that she’d delayed signing the articles of impeachment because she was waiting for her special order of fancy pens to arrive.

“Well, nothing says seriousness and sobriety like handing out souvenirs,” he said on the Senate floor on Thursday. “As though this were a happy bill-signing, instead of the gravest process in our Constitution.”

On Capitol Hill, politicians often sign stuff and give away the pens they used as souvenirs. President Donald Trump has done so regularly, as do lawmakers in both the House and the Senate.

For his part, Trump is partial to a very specific pen. He broke signing tradition by using a custom-made Sharpie to sign bills. (The marker also has his signature scrawled on it.) Trump used to use the more traditional, and more expensive, Century II black lacquer and gold rollerball pen, which former presidents George W. Bush and Barack Obama also used.

“I was signing documents with a very expensive pen, and it didn’t write well,” Trump said in an HBO special produced by Axios. “It was a horrible pen, and it was extremely expensive. A government-ordered pen.”

So he called up the folks at Sharpie and said, “Do me a favor, can you make the pen in black? Make it look rich?” Trump told Axios. 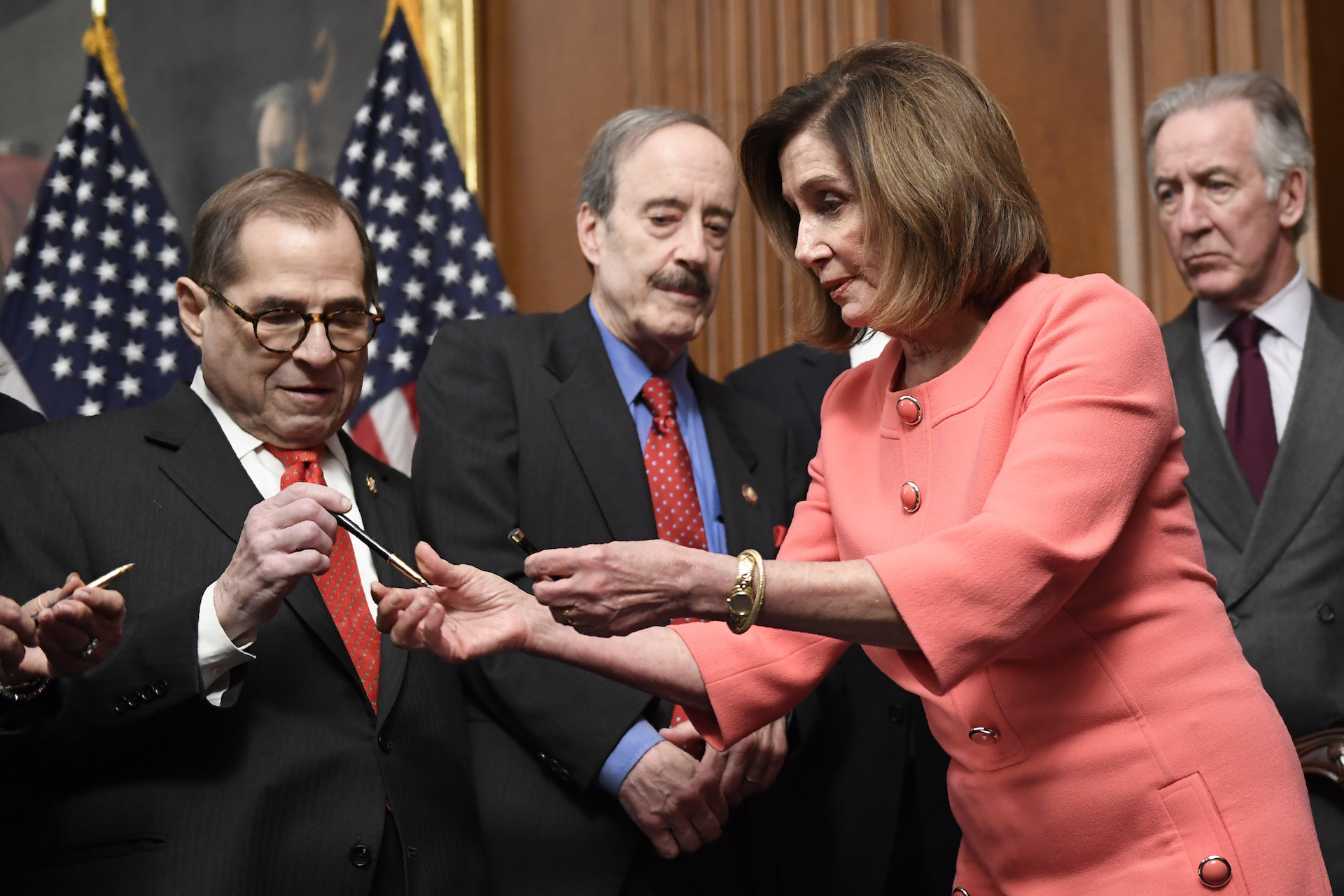 4 Things To Consider Before Cashing Out Life Insurance