Virginia gun rights groups have filed an emergency appeal against a firearms ban at a huge pro-gun rally planned outside the state Capitol building on Monday, the Associated Press reports. White nationalist groups have said they’ll attend the rally, and the governor banned guns on Capitol grounds amid violent threats.

The event is being organized by the Virginia Citizens Defense League. The group says that the legislature, which has a Democratic majority for the first time in 25 years, “represents the greatest threat to gun rights Virginians have faced in modern times!” On Thursday, the Virginia State Senate passed a trio of gun control bills, which will now be taken up by the House of Delegates.

READ: Why this antifa group is siding with thousands of pro-gun conservatives In Virginia.

The defense league and Gun Owners of America’s requested an injunction on the ban, but were denied on Thursday by a Richmond judge. In their appeal to the state Supreme Court, the groups’ lawyers argue that “petitioners and thousands of other rally participants will be irreparably denied their right to bear arms” if the ban is allowed to proceed.

On Thursday, the FBI reportedly arrested three men allegedly linked to a white supremacist group who authorities say were planning on attending the Monday rally. On Wednesday, they had arrested three others also allegedly linked to white nationalist group The Base, according to Georgia newspaper Rome News-Tribune. One legislator who’s been targeted with death threats, socialist Virginia Del. Lee Carter, told GEN this week that he’s planning on spending the day in a safehouse.

More than 5,000 people have said on the Facebook page for Lobby Day that they plan to attend. Event organizers have told the state that as many as 100,000 people could be there.

Northam’s decision has not sat well with many of those who are planning to attend the event. Some have suggested online that Northam, a Democrat, is involved in a wider conspiracy to disarm conservatives and leave them defenseless. Others are threatening to change their plans, and rally elsewhere in the city where the ban doesn’t apply.

Virginia’s Attorney General Mark Herring is meanwhile urging Virginia’s Supreme Court, which is majority conservative, to reject the appeal from the gun rights groups. In a legal brief, Herring stressed that the goal of the governor’s order was to ensure next week’s rally doesn’t turn into the next Charlottesville — where a violent white supremacist rally left one dead and dozens injured two years ago.

“Determined to prevent another tragedy, the Governor issued a carefully limited Executive Order,” Herring wrote. “The Order does not prevent anyone from speaking, assembling, or petitioning the government. Instead, it temporarily precludes private possession of firearms in a sensitive public place during a specified time to protect public safety and safeguard the rights of all citizens to peacefully speak, assemble, and petition their government.” 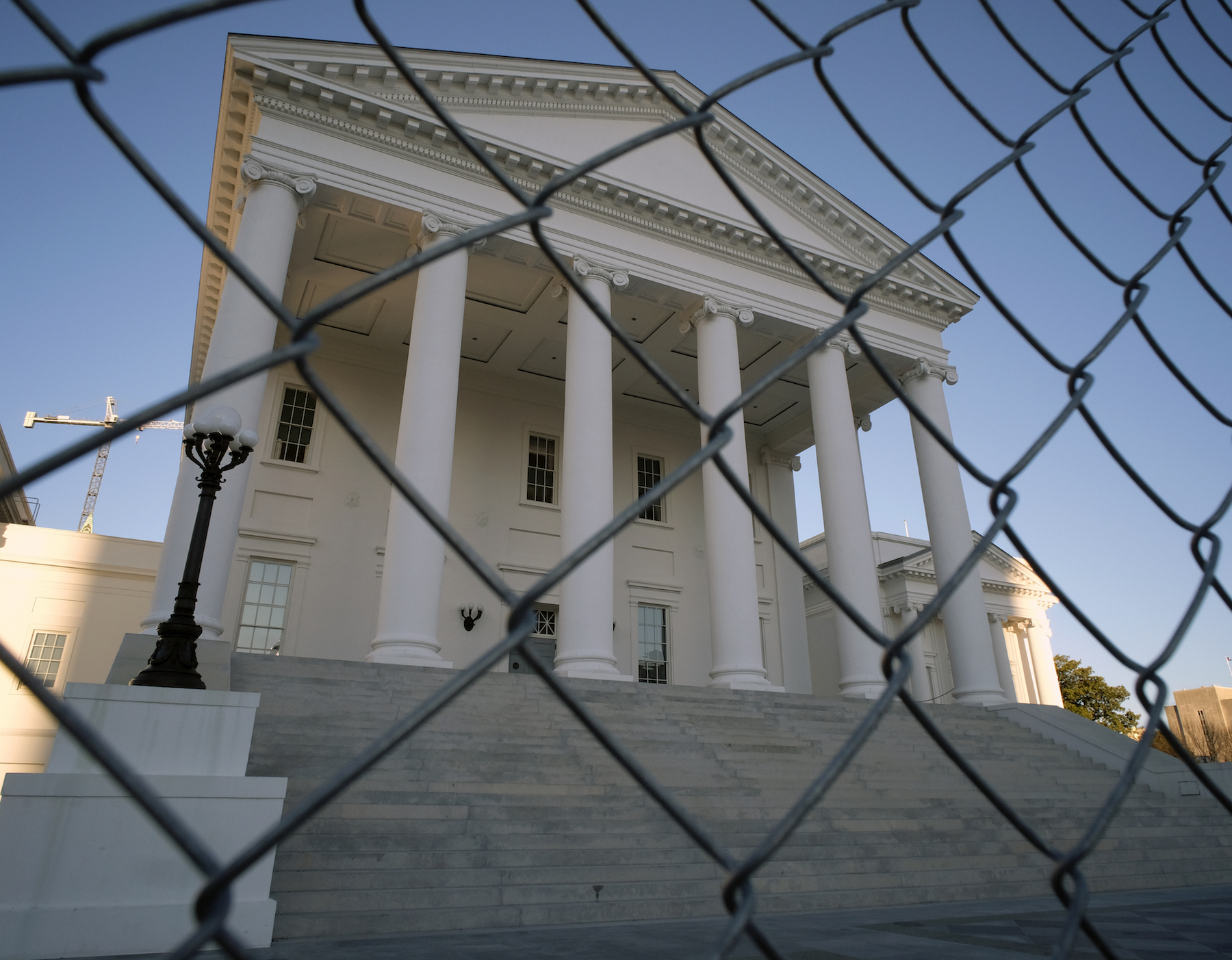 China’s Star market aims to take on the Nasdaq