FEMA trailers — the kind of shelter that’s deployed when hurricanes and wildfires leave people stranded — could soon be put to use for a different disaster: California’s homelessness crisis.

California Gov. Gavin Newsom hopes to use 100 former trailers from the Federal Emergency Management Agency for emergency shelter in cities with dire homelessness problems. Some of the state’s trailers are currently being occupied by response staff from the Camp Fire disaster in 2018 — which partly contributed to a rising homeless population in some cities. But those trailers will be vacated soon and could be deployed elsewhere in the state.

Newsom signed an executive order last week to activate response teams and deploy trailers across the state, but only Oakland has the trailers so far. Certain California cities could also use the sort of medical triage tents often used after natural disasters to care for the homeless, according to KABC-TV in Los Angeles.

California needs all the solutions it can get for the state’s rising affordable housing issues, and the resulting homelessness crisis. Its homeless population jumped by 16% last year to about 151,000 people, a quarter of the entire national homeless population. Newsom called for more than $1 billion in new funding to address homelessness in his budget proposal this month.

Oakland — one of the state’s hardest-hit cities with a nearly 47% rise in homeless people over the past two years — will get 15 of the state-owned trailers to house up to 70 people, according to the San Francisco Chronicle. Nine trailers will be set aside for working homeless families in the Bay Area city, and six of the trailers will be for homeless youth, according to the Chronicle. Alameda County, where Oakland is based, will also receive $38 million in state funding to address the crisis.

“When we heard about the possibility of these emergency trailers being available to serve our homeless residents, Oakland was the first in line,” Oakland Mayor Libby Schaaf said Thursday, according to the Chronicle. More than a dozen such trailers have already been placed at a site in her city.

Cover image: This Wednesday, Oct. 9, 2019 photo shows trailers provided as temporary housing by FEMA at the Bay County Fairgrounds Panama City, Fla. It has been a year since Hurricane Michael roared across the eastern Florida Panhandle, a Category 5 storm that laid waste to the coastline and ravaged areas far inland. Yet in rural Bay County, amid forests of snapped trees and the more-than-occasional home still roofed with a blue tarp. (Joshua Boucher/News Herald via AP) 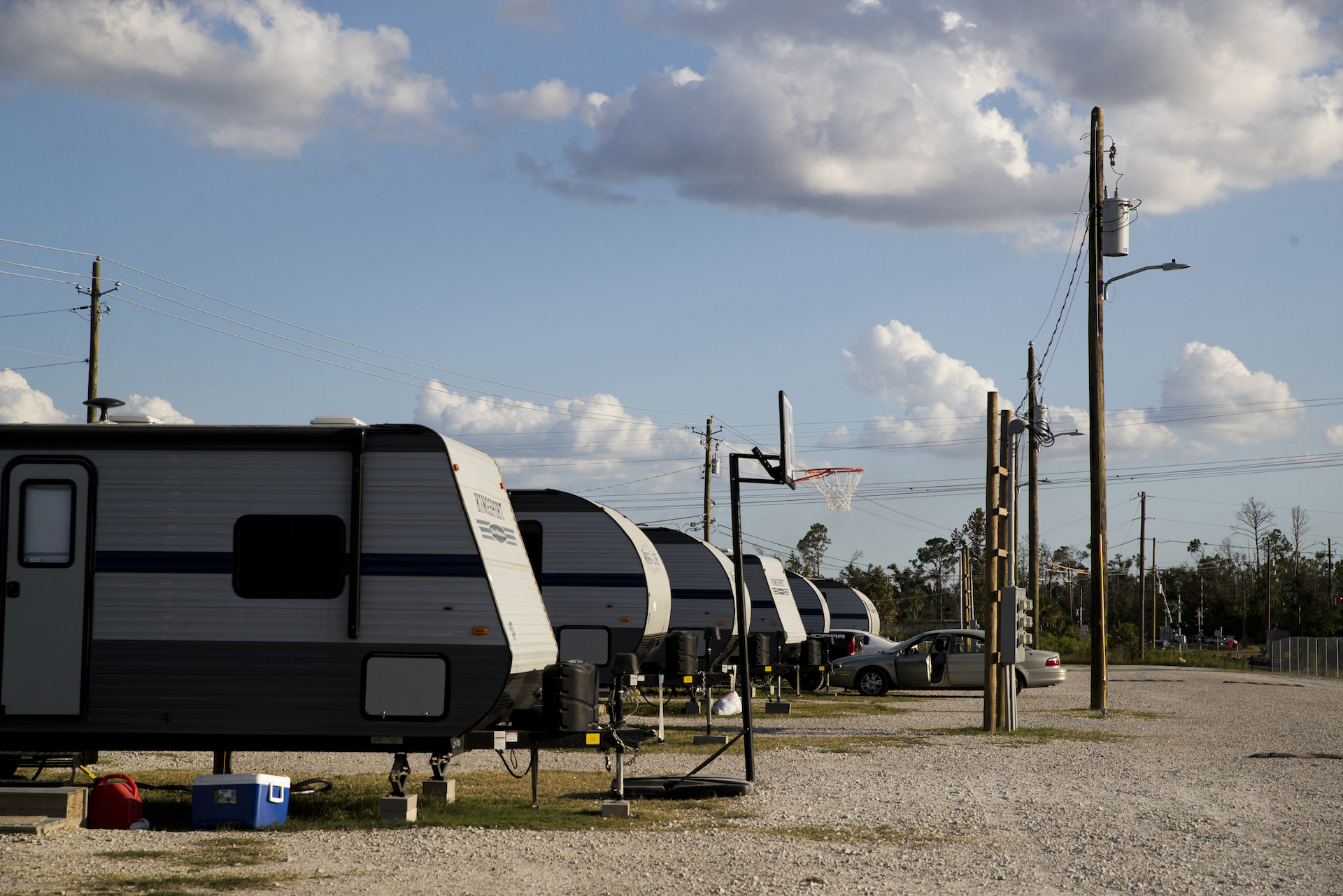 Coronavirus Isn’t Stopping ICE from Keeping Detainees It Could Release

Want To Avoid Commissions? Here Are 3 Ways To Sell Your House