DES MOINES — Amy Klobuchar’s been gaining steam on the campaign trail recently with her moderate message, but on Martin Luther King Day, she was asked if she was the kind of “white moderate” that King once wrote “prefers a negative peace which is the absence of tension to a positive peace which is the presence of justice.”

Klobuchar was unequivocal: “No.”

“At the time, there were plenty of whites that would perhaps profess to be helpful to African-Americans but were actually holding back a lot of federal civil rights legislation. That is not me,” the Minnesota senator said at the 2020 Iowa Brown & Black Presidential Forum, presented by VICE News. The forum featured nine Democratic candidates addressing issues of concern to black and Latinx voters.

Klobuchar highlighted her longtime support for immigration reform and restoring the Voting Rights Act, as well as her support of nominating African-American judges. And while she conceded she “doesn’t know what it’s like” to deal with the discrimination that faces African-Americans, she said ongoing discrimination is “not fair and it’s not right,” while defending her moderate brand.

“I think progressive means you make progress,” she said.

Klobuchar has overall supported civil rights issues, but she has a long record of hewing toward the center.

She was known as a fairly aggressive prosecutor during her tenure as Hennepin County Attorney, and she was pushed onstage about why she supported jailing nonviolent drug offenders. And in 2007, she voted to make English the official language of the United States — an amendment a majority of Senate Democrats opposed at the time, including then-Sens. Barack Obama, Joe Biden, and Bernie Sanders. She’s previously apologized for that vote, but given her track record, she was asked why brown and black voters should trust that she would stand against issues that might poll well but could hurt their communities.

She responded by pointing out she’d taken a ton of heat in her first Senate run in 2006 for backing immigration reform. And she pointed out that while she often touts her Midwestern appeal as an electability argument, “the Heartland is not all about white people,” arguing the Democratic candidate would need to excite base Democrats including brown and black voters and “bring people with you” who are independents and moderate Republicans to turn key Midwestern states back to the Democratic Party.

And she made a bit of news on weed, which Klobuchar supports legalizing. When asked when she’d last smoked pot, she said, “You’d have to go back to my college days.”

Klobuchar has staked her campaign’s hopes on a strong finish in Iowa, one of the whitest states in the nation and one which borders her home state. She’s campaigned extensively through the state’s rural, more conservative areas hoping that her brand of Midwestern moderation and an argument that she can win back Obama-Trump voters can vault her into the race’s top tier. She’s slowly built support, creeping into the double digits in some recent Iowa polls as she looks for a momentum-boosting strong finish in the state — and got a boost in her national profile Sunday night when she and Elizabeth Warren were co-endorsed by the New York Times.

But if she does succeed in Iowa — and even if she scores a strong finish in New Hampshire — things could get much harder for Klobuchar down the line. The racially diverse Nevada and South Carolina are next on the calendar, followed by Super Tuesday, which features a number of heavily diverse states. Roughly 40% of the Democratic primary electorate are expected to be nonwhite voters, and Klobuchar has been criticized for going all-in on Iowa at the expense of campaigning harder in other less-white places. While she’s crept up in Iowa, New Hampshire and in some national polls, there’s little evidence that she’s made much headway with minority voters. 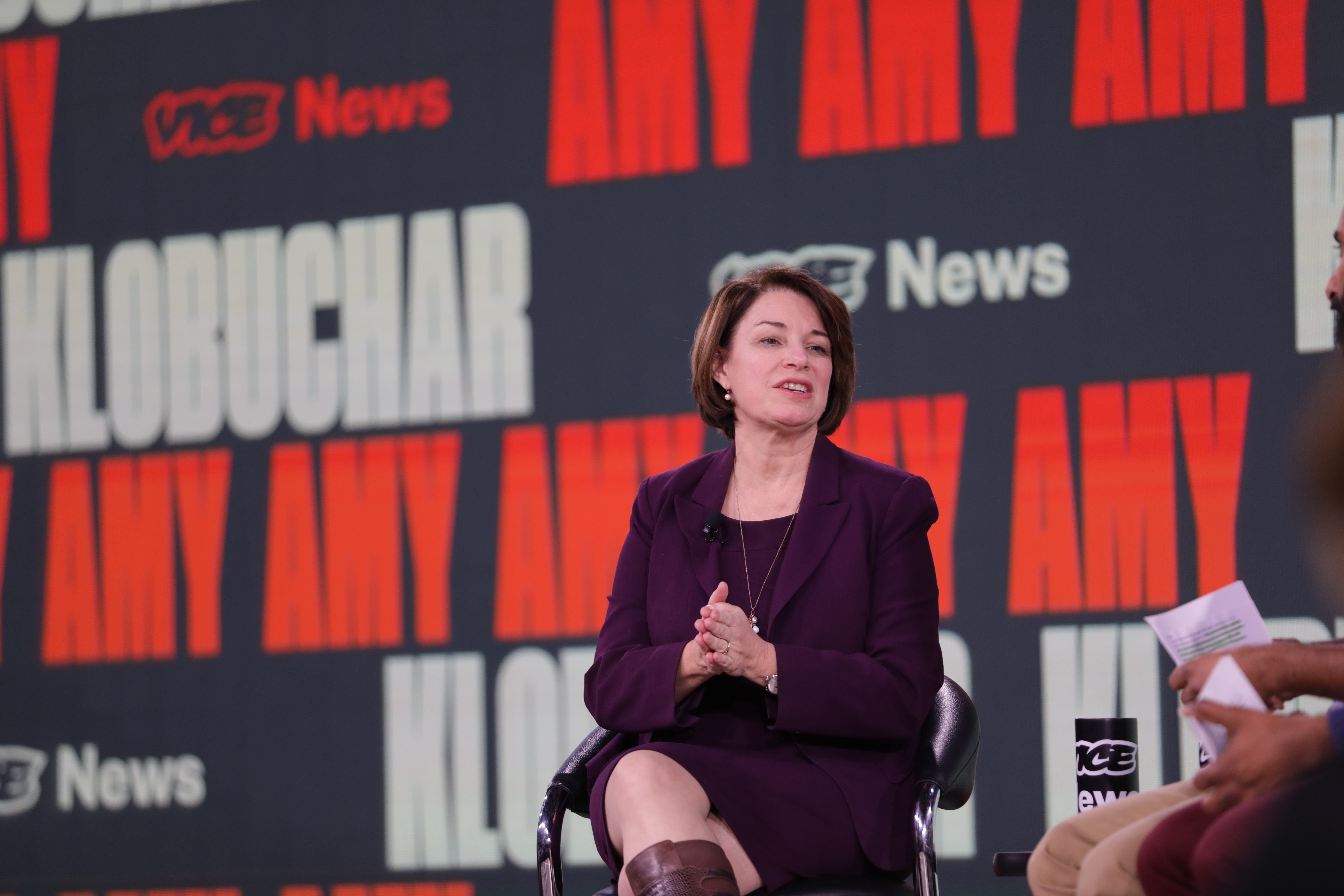