DES MOINES — Former Vice President Joe Biden has taken flack in recent weeks for saying when he was a senator that he’d negotiate with Republicans on entitlements in order to balance the budget.

On Monday, Biden tried to make clear that would never happen if he becomes president.

“There will be no compromise on cutting Medicare & Social Security, period. That’s a promise,” Biden said at the 2020 Iowa Brown & Black Presidential Forum, the nation’s oldest minority-focused presidential forum, this year presented by VICE News.

Biden took issue with the idea he’d be willing to cut Social Security, saying that the campaign of Sen. Bernie Sanders is lying about his position.

“Everybody’s figured out they just lied about my position,” he told VICE News backstage at the event.

The comments come as Sanders, who is badly trailing Biden in support among the elderly, has sought to make an issue out of Biden’s proclivity for compromise. Still, Biden was clear that he does want to compromise and work with Republicans in other areas. He pitched that as a counter to the visions of other Democratic candidates, who he implied are too pugilistic and absolutist.

“The other option is we have eternal war, Democrats and Republicans never cooperate in any way, and we have a constant battle, getting nothing done for blacks, whites, Hispanics, anybody,” he said. “I believe we can get things done and when we can’t get compromise we go out … and beat the Republicans.”

Biden pitched himself as the most electable candidate — not just in terms of winning the presidency with a coalition of African-American voters and white voters in red and purple states but also in being able to turn out votes in those states to win Senate seats.

“I’m the only guy, you know, that has overwhelming black support and gets white, high-school-educated people,” he said.

“Who can go in and compete and help a Senate candidate in North Carolina, Georgia, Arkansas, Arizona, Texas, Pennsylvania, Michigan? That’s one of the things you are going to have to ask yourselves,” he told prospective voters at the forum. “You’ve got to be able to be value-added in bringing back a Democratic Senate.”

“I’m not saying ‘I am black,’ but I want to tell you something: I have spent my whole career with the black community,” Biden said. “Especially young reporters go … ‘I wonder why so many African-Americans love Biden?’ They know me. They know my heart and they know what I’ve done, and I’m very proud of it.”

Biden was also asked about what he would do to turn back the tide of deportations and immigration enforcement that’s risen under Trump but was going on when Biden was vp under President Barack Obama.

Biden said he would support some level of reparations for the Latino children who have been detained or separated from their families, with a special focus on mental health counseling for young people who deal with the anxiety of having an undocumented parent or being separated from their parents.

“Generation Z — kids between the ages of seven and 17 — they are [the] most unstable generation in history because of the anxiety they feel,” he said. “It’s enormous anxiety. And so that’s why we should be finding them the kind of help that is needed … to restore their confidence, restore their sense of who they are.” 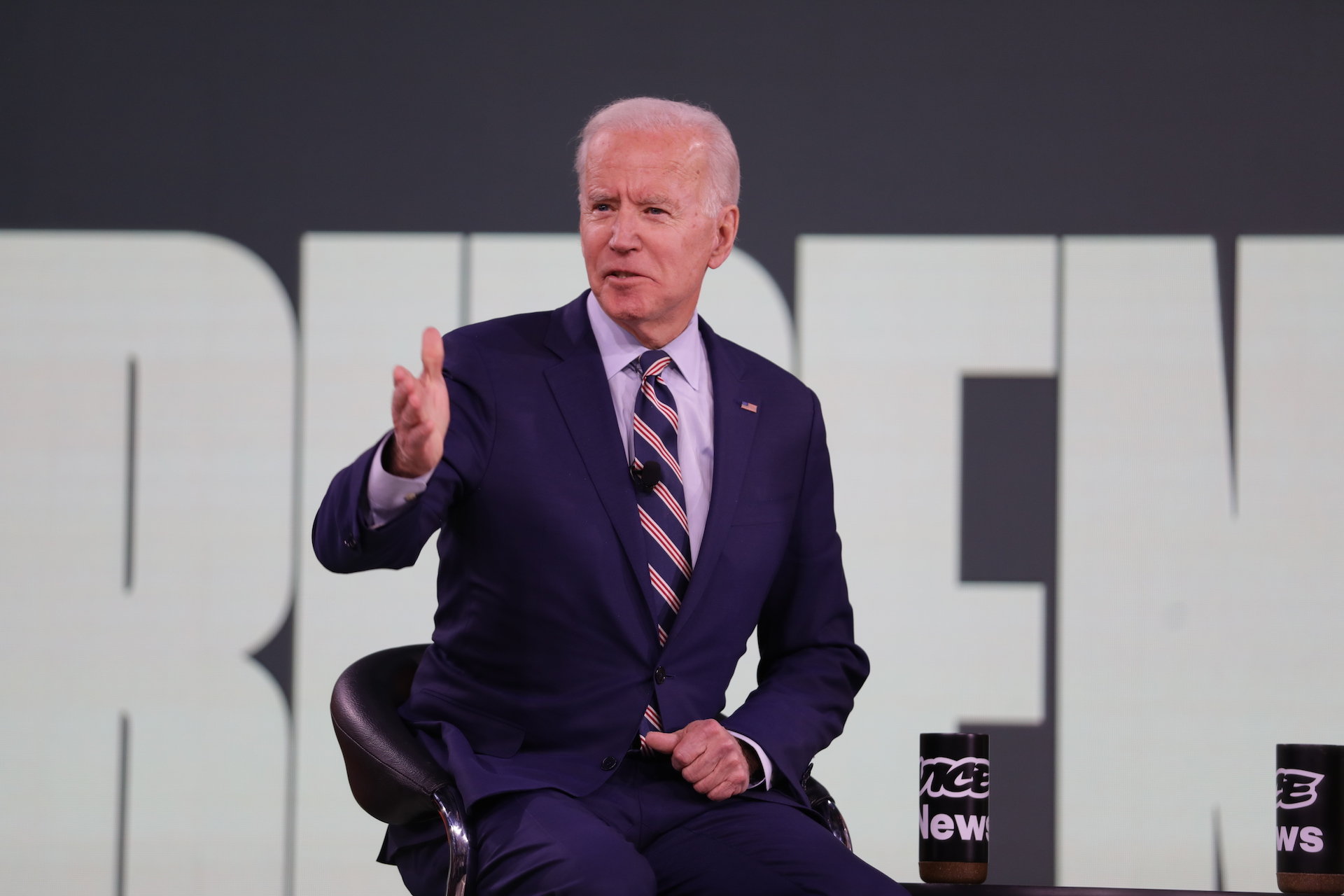