At Monday’s 2020 Iowa Brown & Black Presidential Forum in Des Moines, one question kept coming up: “What do you all do to save our lives?”

That’s how Lastascia Coleman, a founding member of the Black Women’s Maternal Health Collective, put it. And other audience members and moderators also asked their own versions of it to the Democratic candidates at the minority-focused event.

Across the United States, black women are three to four times more likely than white women to die during pregnancy or childbirth. But in Iowa, where VICE News presented the forum, the danger facing black women is even more extreme. They may be as much as six times more likely to die while pregnant than white women, according to a recent study from the Iowa Department of Public Health.

Not all of the candidates’ answers were created equal; some were far more eloquent and specific than others.

American maternal mortality rates are more than three times higher than those in Canada or the United Kingdom. (Those two countries also far spend less on health care.) But no matter their social class or level of education, the risks of dying remain disproportionately high for black expectant and new moms. In 2016, the New York City health department reported that college-educated black mothers are more likely to have severe complications from pregnancy or childbirth than white women who didn’t graduate from high school.

Research indicates that a constellation of factors contribute to these deaths. Some are explicitly related to the healthcare system, like the fact that black women are more likely to give birth in hospitals that have higher rates of complications. Others, however, are due to the daily and cumulative stress of racism and sexism, a phenomenon known as “weathering” that might even lead black women’s cells to age faster than white women’s.

When the audience member reminded Bennet that the maternal mortality rates have been adjusted for socioeconomic status, Bennet pivoted to talking about how “our whole system” is shot through with racism.

At the beginning of the 2020 Democratic primary, more candidates had stronger records on the crisis. California Sen. Kamala Harris was the lead sponsor of the Maternal CARE Act, which devotes millions of dollars to fighting racial bias in health care; New Jersey Sen. Cory Booker introduced the MOMMIES Act to expand Medicaid coverage for pregnant women. (Neither bill has moved out of committee in the Senate.)

But Harris and Booker have since given up on their White House 2020 dreams. Massachusetts Sen. Elizabeth Warren, who co-sponsored both bills, remains in the race, as does Vermont Sen. Bernie Sanders, who lent his support to Harris’ legislation.

At the Brown & Black forum, Sanders agreed that he would expand access to health care in general. When asked about why he doesn’t have a plan to solve the crisis, unlike his rival Warren, Sanders said he does have one: his signature piece of legislation, Medicare for All.

Medicare for All, he added, would also empower more people of color to become health care providers.

Throughout the forum, Yang kept bringing his answers back to his plan of giving all Americans a Universal Basic Income, or guaranteed monthly payments of $1,000 to everybody over 18. Though he didn’t namecheck the “UBI” in his answer to questions about the deaths of black moms, Yang was clearly still thinking along the same lines.

“Unfortunately, it’s just more stressful being black in this country than it is being white,” Yang told the crowd. “We make it so that if you’re growing up brown and black in this country, you can still feel like you can make ends meet, your future is secure, you’re less stressed out day to day. And hopefully we can close the disparity between health outcomes of black and white people in this country.”

Such prejudice is also thought to contribute to the maternal mortality crisis among black moms. More than a third of black women surveyed by NPR, the Robert Wood Johnson Foundation, and the Harvard T.H. Chan School of Public Health said that health care providers had discriminated against them because of their race.

Buttigieg, in particular, promised to enact policies that would force “nakedly racist” doctors out of work. He also mentioned many of the themes central to the black women-led “reproductive justice” movement, which pushes not only for access to abortion, but for the right of all people to choose when and how to parent in safe, prosperous communities.

“We gotta make sure that we’re dealing with stuff like environmental justice,” Buttigieg said. “Before you even get to the clinical environment, the fact that you may have been red-lined into a neighborhood where there’s more contamination or more air pollution — we’ve seen the statistics on things like asthma, and how much more of a threat that is to black and brown children — means that we gotta be acting literally on the safety of where you live.”

Cover: This picture taken on January 21, 2009 shows a Kenyan baby named after US President, Barack Obama, in the arms of his mother Caroline Akinyi, born shortly after the inaguration of the first black US president, at the new Nyanza general hospital in Kisumu. AFP PHOTO/ SIMON MAINA (Photo credit should read SIMON MAINA/AFP via Getty Images) 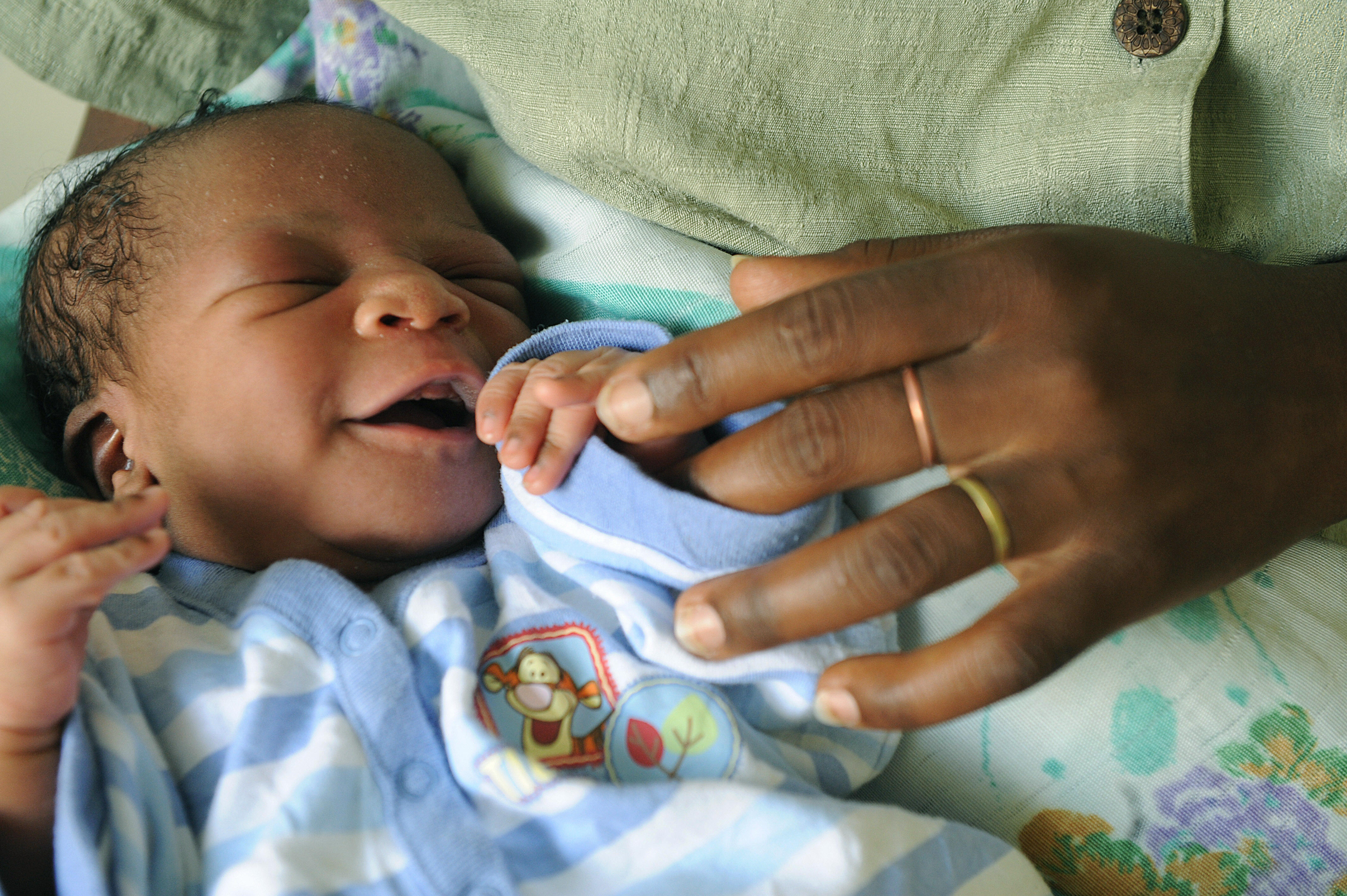 Check out these Bingo Game Variations

HS2: Next phase of controversial rail network gets green light