The pro-gun rally in Virginia on Monday could have been a bloodbath if the FBI hadn’t arrested three alleged members of the violent neo-Nazi organization The Base last week.

In December, the FBI obtained a court order allowing them to bug the men’s residence in Delaware with microphones and cameras.

“You know we got this situation in Virginia where this is going to be, that opportunity is boundless,” said Lemley on Dec. 23, according to the documents. “The thing is you’ve got tons of guys who are just in theory should be radicalized enough to know that all you gotta do is start making things go wrong, and if Virginia can spiral out to a fucking full-blown civil war.”

Lemley also talked about attaching a thermal imaging scope to his rifle, to conduct ambush attacks against civilians and police officers. “I need to claim my first victim,” he said, according to the documents. “We could essentially be like literally hunting people.”

READ: We found the profile of an accused member of The Base on a dating site for racists.

The court documents contain excerpts of a Dec. 28 conversation between Lemley and Mathews, who was a Canadian ex-reservist illegally in the U.S. In that exchange, they talked about how Bilbrough wanted to kill people with a machine gun (the men were arrested in Delaware last week with 1,500 rounds of machine gun ammo and improvised weapons.)

They likened the violent Unite the Right rally in Charlottesville, Virginia, in 2017 to Monday’s rally in Richmond.

“We can’t let Virginia go to waste,” Mathews said. “You know what, Virginia will be our day.”

Lemley and Mathews also fantasized about derailing train lines and blocking off highways, throwing fireworks into the crowd during the rally in the hopes of provoking attendees into shooting, and sniping into a “running skirmish of MAGAtards, liberty militias and libertarians” as they tried to escape the chaos.

On January 3, Lemley and Mathews discussed finding a campground close to Richmond and spending the weekend before the rally training at a shooting range. “We’ll, uh, pay close attention to the news and livestreams and uh, that way, if it’s go time, you know we’re already in position,” said Lemley, who also suggested that they link up with other neo-Nazi factions in the area.

READ: FBI arrests Base members of whose plot to murder antifa couple was foiled by a bad back.

Mathews asked whether they should load their truck to go to Virginia as if they were going to carry out “operations.”

“Yeah, we’re loading the truck for the war,” Lemley replied. He said that their campground would ideally be a few counties away from Richmond, “not in the fucking quarantine zone where they’re looking to arrest people like us.”

The three men were arrested on January 16, just four days before the massive pro-gun rally that drew 22,000 to the area around the Capitol in Richmond. Their arrest came just one day after Gov. Ralph Northam, citing threats of violence, declared a state of emergency and banned firearms from the Capitol until after the rally. Three more members were arrested in Georgia in the coming days, and were allegedly plotting to a murder a couple that belonged to antifa. Another member was arrested in Wisconsin, and was allegedly to commit murder and plotting to overthrow the government.

The group, formed in 2018, is an international paramilitary group that ascribes to accelerationism, an ideology that promotes the idea that violence is necessary to speed up the collapse of society.

Federal prosecutors on Tuesday filed a motion seeking the detention of the three men, pending the outcome of their trial, arguing that they pose a threat to public safety. The three men are currently facing an assortment of weapons and immigration-related offenses, and are due in court on Wednesday.

Cover: Patrik Mathews, an alleged member of neo-Nazi group the Base, left, and unidentified members of the Base, right. 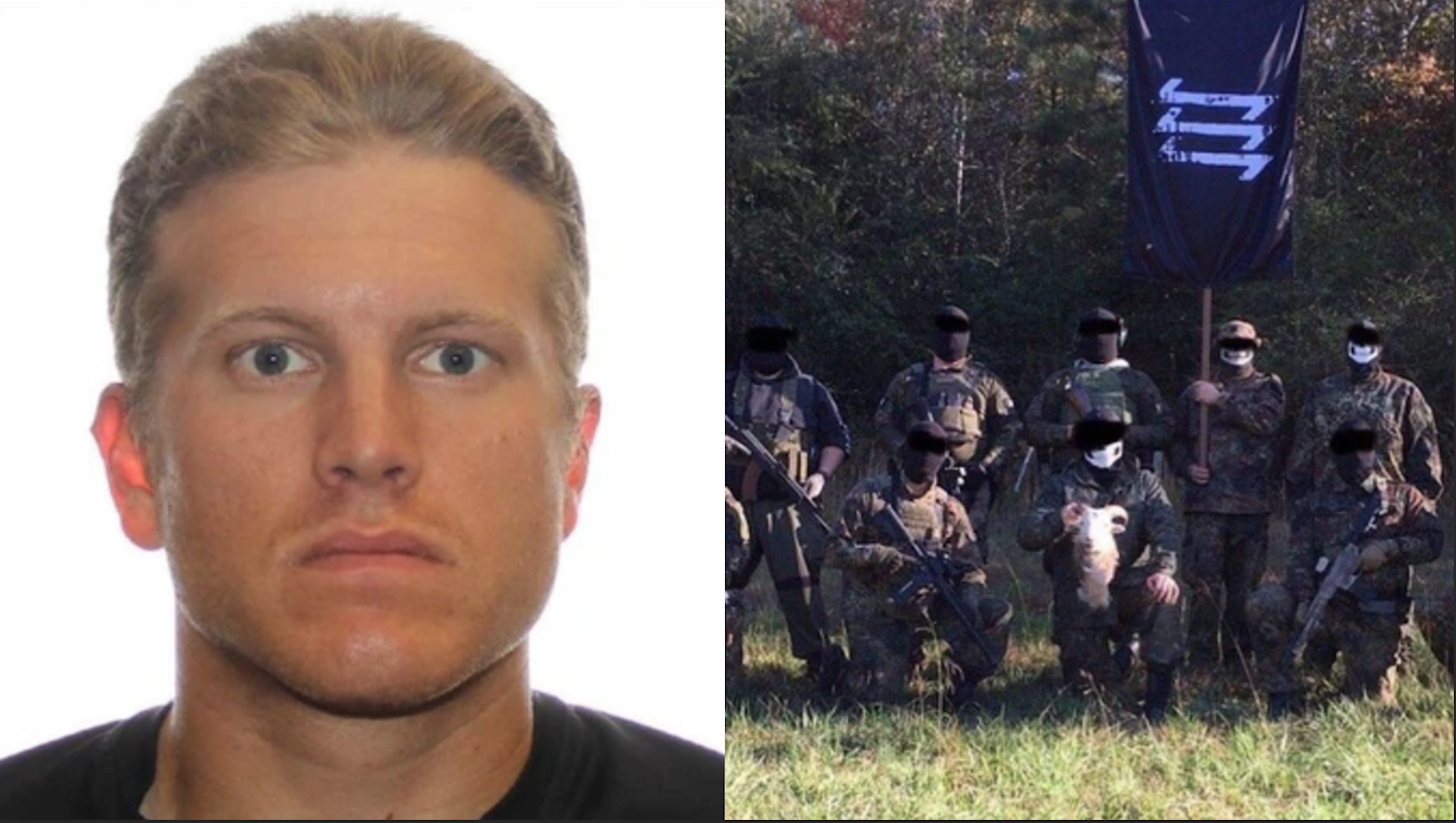 Coronavirus: Will I get paid if I self-isolate?