New York-based designer, entrepreneur, inventor, and creative director, Joe Doucet envisioned ZERO during one of his countless work trips thousands of feet in the air. Knowing about the growing impact flying is having on our environment – although it doesn’t come close to the meat and car industries – flights account for 2.5% greenhouse gas emissions globally, and Doucet decided to do something about it.

The sought-after designer who holds numerous patents for his designs and inventions thought of this new concept ZERO. Yes, that is a zero at the end of the new concept plane, which is designed to have no emissions and instead of speed, designed for efficiency. Doucet makes clear that he is a designer, not an engineer or electric power specialist, but that ZERO will pose a question infrequent fliers minds about their impact on the environment. 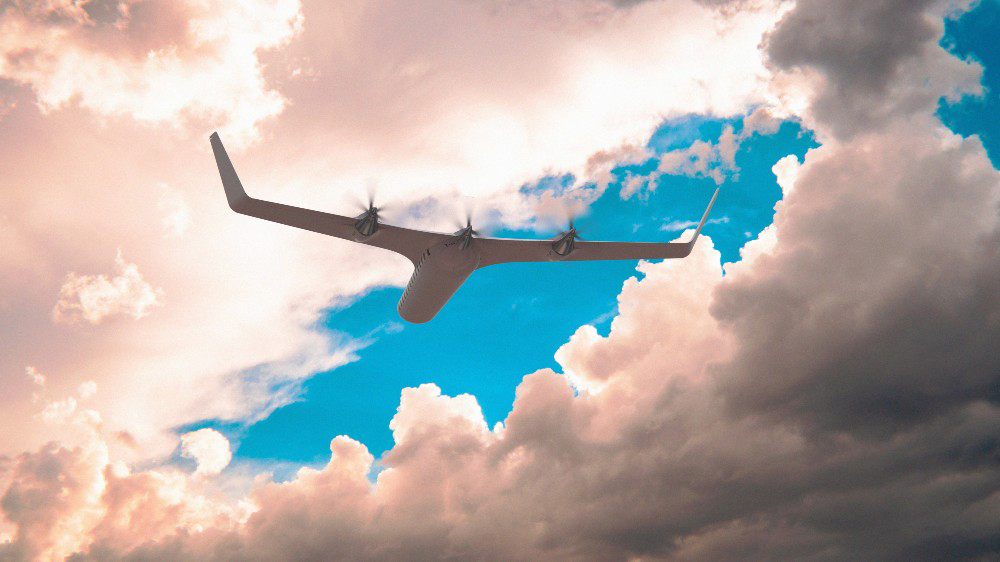 Instead of relying on jet fuel for power, ZERO uses electric motors to drive propellers and runs off electricity using batteries and electrical generators on board. With the potential to be charged with solar or wind turbine energy, ZERO will be roughly 20% slower than typical jets. Maybe not currently designed for long-haul international flights, but this has the potential to be a game-changer for short-haul domestic flights. According to Fast Company, Doucet claims that efficiency is crucial and that “it seems to me there’s both achievable technology, and a desire on the part of travelers to travel better, even if travel takes a bit longer.”

Designed just a little differently than a typical airliner, there are two stark differences. First is the larger wings, which optimize lift and have been set in the back of the plane sitting over the batteries and motors. Second is that the propellers push from behind rather than pull in air from the middle, which optimizes fuel efficiency.

Next pulls out of race to buy Topshop-owner Arcadia