Trump’s legal team will take the impeachment stage Saturday morning for its rebuttal of House Democrats’ thorough and damning presentation of evidence. The team, led by White House Counsel Pat Cipollone and Trump’s personal attorney Jay Sekulow, will have 24 hours to present its case, a process that will likely extend through Tuesday.

“In the next couple of days, you’ll get to see not only the case laid out, the factual information as to how the president did nothing wrong, but also how the process was wrong and unconstitutional,” White House Deputy Press Secretary Hogan Gidley told VICE News.

The House’s Democratic impeachment managers spent the last three days laying out in brutal specifics their evidence that Trump actively worked to force Ukraine’s government to announce investigations of his political opponents — including Joe Biden. The Trump administration’s efforts toward this goal included an illegal hold on $400 million in congressionally appropriated military aid as the president’s team sought to force the country’s leaders to comply.

One clear aim of Trump’s team: Bruise the Bidens. A source on Trump’s legal team told reporters during a Friday-evening conference call that because Democrats had brought him up, Trump’s potential 2020 opponent was fair game to attack.

“They spent a lot of time bringing the Bidens to the case and established there is something relevant there. We’ll have to address it.”

“They made it very relevant to the case,” the Trump team member said. “They spent a lot of time bringing the Bidens to the case and established there is something relevant there. We’ll have to address it.”

“The best argument is the facts are on the president’s side,” he told VICE News Thursday. “Second, there was a lack of due process extended to the White House and the president, and certainly to the minority. And there’s just a fundamental constitutional issue that Mr. Dershowitz will lay out.”

Trump’s defense team faces a tough situation where the facts appear to be almost unanimously against them. But the president’s dictates and their own approach haven’t helped them any.

Trump’s wholesale refusal to cooperate with the House impeachment investigation included blocking witnesses and refusing documents that Congress has the right to review — a move that led to the second article of impeachment, obstruction of Congress. And his team’s decision to decline the House impeachment investigators’ invitation to participate in the hearings undercuts his side’s argument that the process was rigged against them, especially since the rules were almost identical to Bill Clinton’s impeachment.

Trump’s team is handcuffed by the president’s demand for total fealty and his insistence that he did nothing at all wrong. Unlike during President Clinton’s trial, when even the president admitted he’d screwed up and his defenders relied on the argument that what he’d did was bad but not impeachable, Trump’s insistence that his call with Ukraine’s president where he spelled out his demands was “perfect” and that he’s done nothing wrong at all has handicapped his allies’ ability to argue within the bounds of the facts.

That was on full display on the first day of the trial last Tuesday. Trump’s legal team seemed to be caught flatfooted when House impeachment managers launched immediately into the substance of their argument. As they tried to defend Trump, his lawyers pinged haphazardly from process complaints to echoing Trump’s own conspiracy theories. They made two brazenly false claims — they they weren’t given a chance to participate in the House investigation (they were and refused to) and that House Republicans weren’t allowed to participate in the closed-door impeachment witness depositions (they were, and transcripts show them asking plenty of questions).

Even one of the GOP’s own impeachment witnesses, professor Jonathan Turley, said Trump’s defense “goes too far.”

Trump’s lawyers even contradicted each other — at one point Cipollone incorrectly claimed House Democrats were the ones who initiated concerns about Trump withholding aid to Ukraine, while Sekulow correctly said it was a whistleblower in the intelligence community who got the ball rolling.

“The evidence is pretty clear here,” Sen. Amy Klobuchar (D-Minn.) told VICE News during a break from Thursday’s impeachment trial. “In the wake of all of this evidence and everything points to the fact that he was putting his private interests in front of the interest of our country, it’s going to be a hard case for them to make.”

One one level, Trump’s defense is almost irrelevant. The GOP-controlled Senate won’t vote to remove the president, and polls have consistently shown the public remains closely divided on whether or not Trump should be removed, with new evidence barely budging those numbers. But how persuasive his lawyers are could play a role in whether the trial ends up hearing from more witnesses, like former National Security Adviser John Bolton or now-indicted former Trump lackey Lev Parnas.

The House’s impeachment managers have already sought to pre-but Trump’s legal defense. After Dershowitz wrote an op-ed to preview his argument that Trump can’t be impeached because “criminal-type behavior akin to treason and bribery is constitutionally required, and that vague terms like abuse of power and obstruction of Congress did not meet the criteria,” Democrats showed video of Dershowitz arguing the exact opposite 20 years ago.

They did the same with old clips of Sen. Lindsey Graham (R-S.C.), a fierce Trump ally, as well as Attorney General Bill Barr.

Trump’s defense became even more difficult on Friday. ABC News obtained a recording of a private meeting that appears to capture Trump telling subordinates to “get rid of” U.S. ambassador to Ukraine Marie Yovanovitch. At the meeting, reportedly, were Trump’s attorney Rudy Giuliani as well as Giuliani’s now-indicted partners Lev Parnas and Igor Fruman. The audio seems to corroborate a key detail in Parnas’ explosive claims that Trump directly knew about and helped direct the pressure campaign to get Ukraine to announce investigations of his political foes.

The facts of the case and how well Trump’s legal team argues them likely won’t change his removal from office. But how impeachment plays out could still impact both Trump’s 2020 chances and the hopes of GOP senators who are up for reelection. If his team falls on their faces it could make it harder for moderate Republicans to just move quickly toward acquittal. 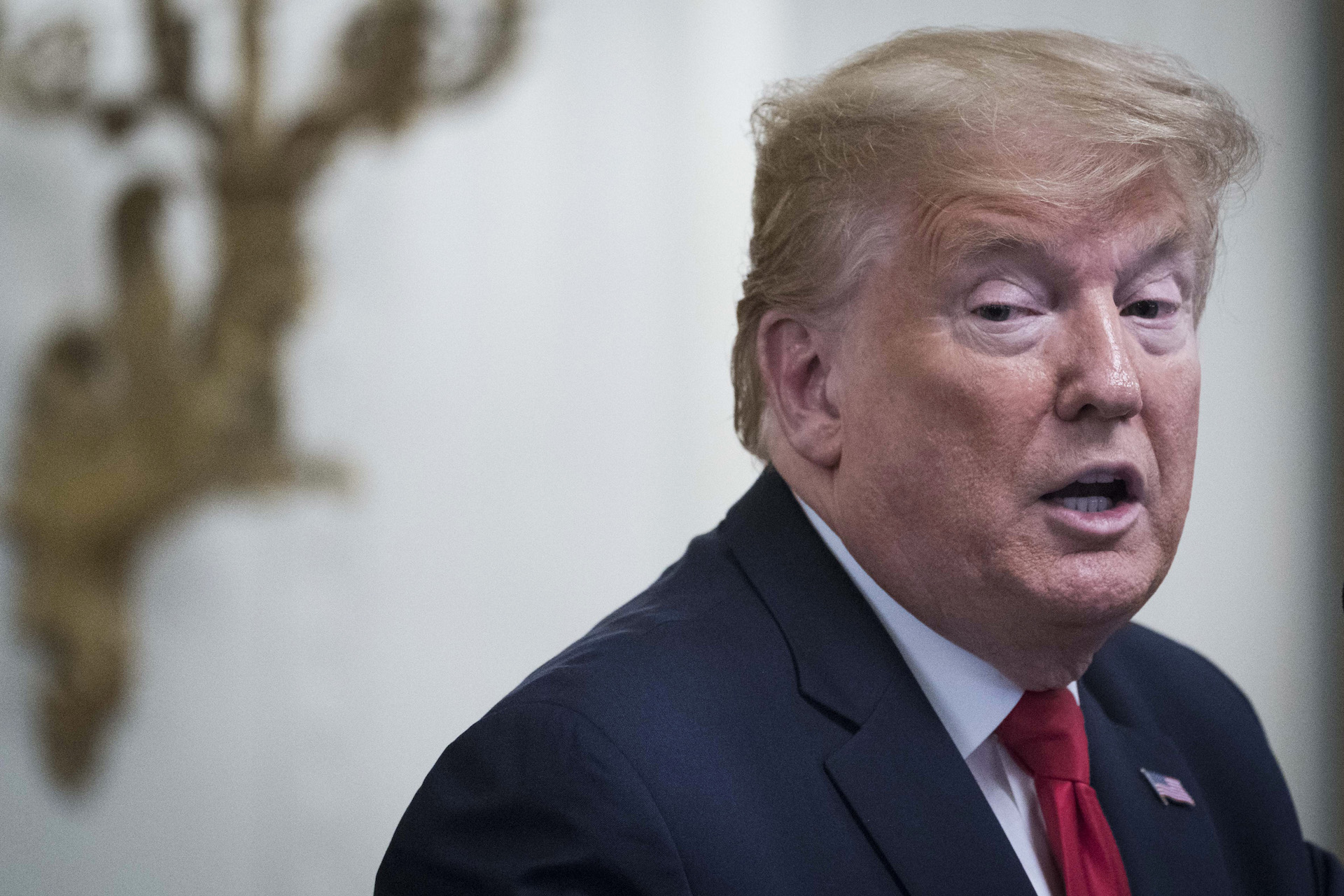 HS2: UK in talks with China over construction of high-speed line